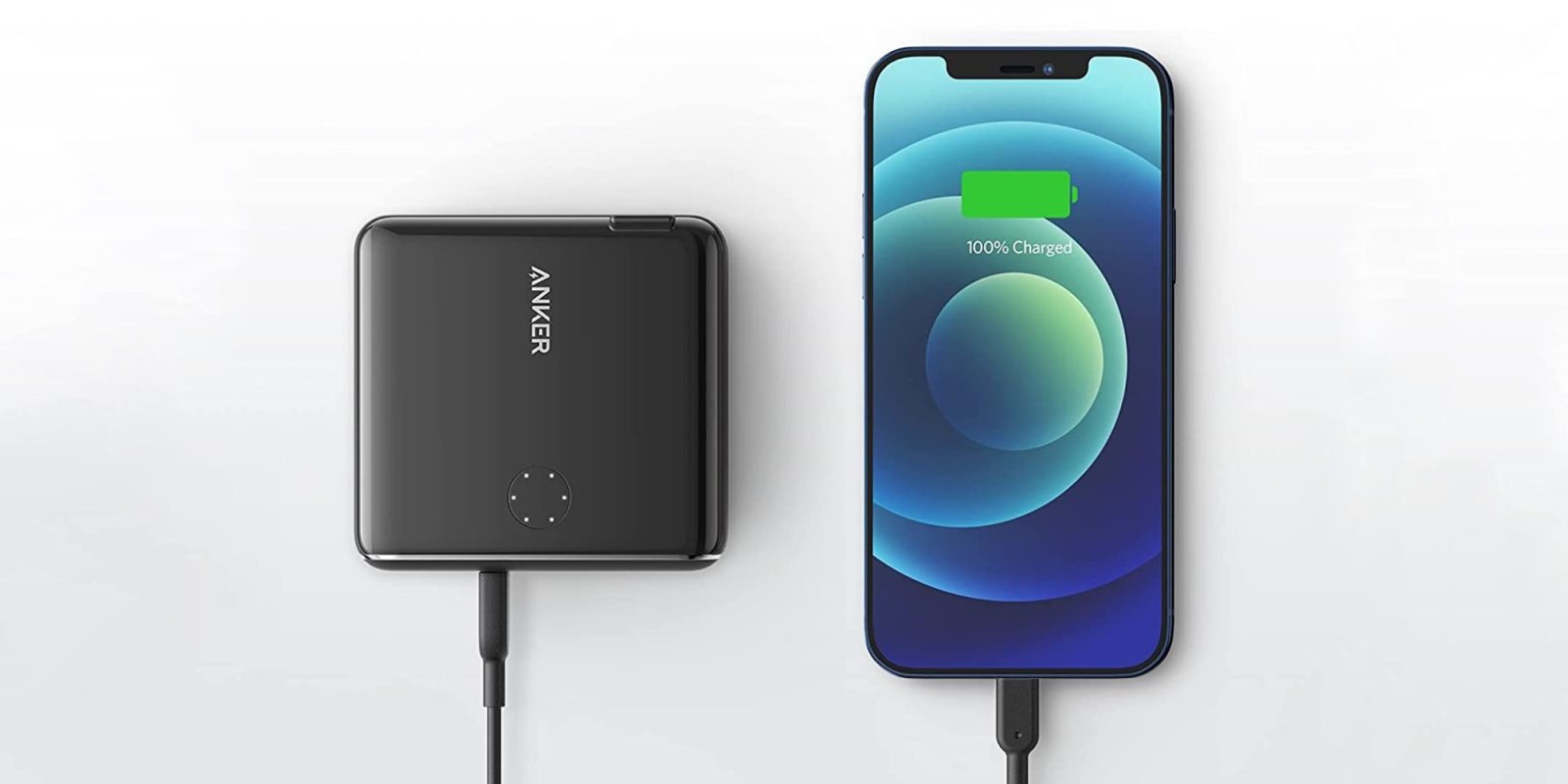 All of today’s best deals are headlined by an Anker iPhone accessory sale starting at $14. That’s alongside the previous-generation Apple TV 4K at $125 and Apple’s new AirPods Pro with MagSafe charging case on sale for the first time. Hit the jump for all that and more in the latest 9to5Toys Lunch Break.

Anker is back today via its official Amazon storefront to launch a new sale covering its latest chargers, robotic vacuums, smart home gear, and more, starting at $14. A particular highlight falls to the Anker PowerCore Fusion Hybrid Charger at $24. Down from $50, you’re looking at 52% in savings to mark one of the first discounts we’ve seen and a new all-time low.

This 2-in-1 charger not only dishes out 30W of power when plugged into the wall, but also packs an internal 5000mAh battery for refueling devices while out and about. Its compact design sports both a USB-C and USB-A port to go alongside its folding plug form-factor.

Woot offers the previous-generation Apple TV 4K 32GB for $125. Normally fetching $179, today’s offer makes for one of the lowest prices of the year at $5 below our previous mention. While not the all-new model that includes the refreshed Siri Remote, the now previous-generation Apple TV 4K provides some extra value at these sale prices for those who don’t need the latest and greatest. Alongside support for Ultra HD and HDR content, you’re also looking at HomeKit integration for acting as a hub alongside access to Apple Arcade and more.

Save up to 25% on UGREEN USB-C PD chargers

UGREEN’s official Amazon storefront is now discounting a selection of its USB-C chargers headlined by the new 100W 4-Port Charger at $80. Normally fetching $100, you’re looking at one of the very first discounts to date at 20% off, which undercuts previous mentions by $10 in order to mark a new all-time low.

Ideal for topping off everything from a MacBook Pro down to your new iPhone 13, this 4-port charger from UGREEN arrives with a versatile selection of outputs. You’ll find a single USB-A slot which is joined by three USB-C ports that can share the 100W power output. Everything rests within a slim design that can rest up on the desk or nightstand, too.

OLEBR’s official Amazon storefront is now offering its Apple Watch Charging Dock for $14. Normally fetching $17, you’re looking at one of the first discounts overall alongside a new all-time low that’s $1 under our previous mention. Sporting an integrated charger, this bedside table-friendly offering stands out from other affordable models on the market that require you to bring your own cable. With a USB-C input, this dock holds your Apple Watch for taking advantage of Nightstand mode while it refuels.