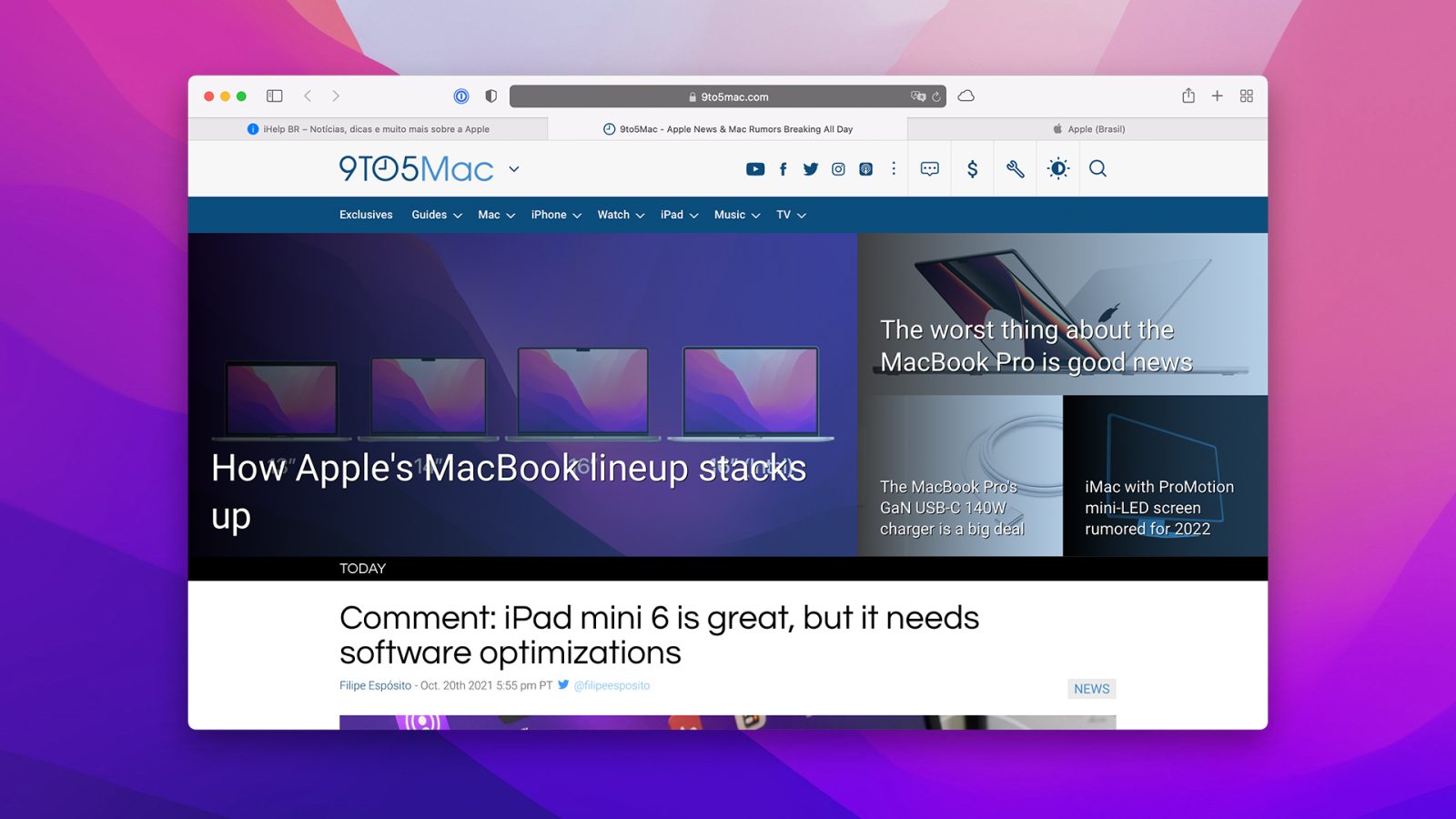 Earlier this week, Apple reverted the design of the Safari tabs to a more traditional look with the official release of macOS Monterey. Now the company is making this update also available to Mac users running macOS Big Sur and Catalina with Safari 15.1.

Safari 15 has undergone multiple changes since its announcement in June at WWDC 2021, as several users disliked the new design that unifies the tab bar with the address bar. Apple later added an option to separate the tabs from the address bar, but this alternative layout was still considered bad compared to previous versions of Safari.

The company then decided to completely revert Safari to the classic tab design for users who opt for the “Separate” option in the web browser settings. The new unified layout is still available and comes enabled by default.

A few days ago, Apple released a beta version of Safari 15.1 with the classic tab design as a standalone update for users running macOS Big Sur and Catalina. Now the update is officially available for users who have not yet upgraded to macOS Monterey.

To install the latest version of Safari on your Mac, open the System Preferences app and click on the Software Update option. The option to revert Safari to the old design can be found in the Tabs menu within the app’s preferences.