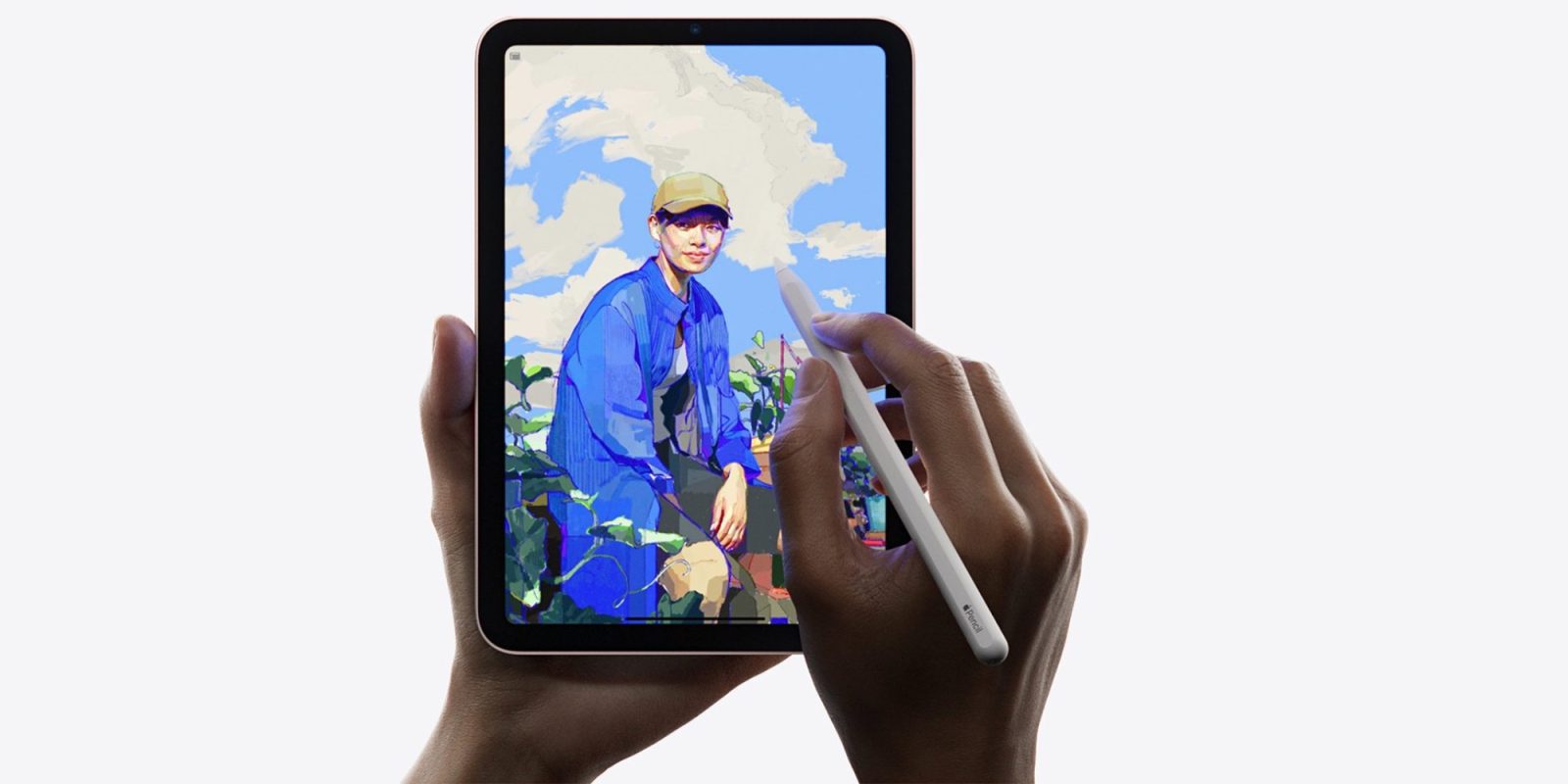 All of Thursday’s best deals are headlined by Apple Pencil 2 dropping to $100. That’s alongside the first discount on elago’s new W7 iPod shuffle AirTag Case and $40 off Apple Watch Series 7. Hit the jump for all that and more in the latest 9to5Toys Lunch Break.

Verizon Wireless is now offering the Apple Pencil 2 for $100. Normally fetching $129, you’re looking at the second-best price to date at $29 off. This discount comes within $1 of the all-time low set back in August.

Whether you recently picked up the new iPad mini 6 or one of the flagship iPad Pros, bringing Apple Pencil 2 into the mix helps get the most out of what iPadOS has to offer. With a refreshed design that magnetically snaps onto the side of your iPad for charging and storage, it’ll upgrade your digital art game, note-taking, and more.

elago’s official Amazon storefront is now offering the very first discount on its new W7 iPod shuffle-inspired AirTag Case. Right now, the price has dropped to $11, delivering the best price to date on the recent release.

Having launched earlier this month with a $13 price tag, elago’s latest release arrives to protect your AirTag with a unique look reminiscent of the old-school Apple product. Inspired by the iPod shuttle, this silicone case will not only provide some extra protection against damage, but a built-in ring allows you to affix the item finder to keys, backpacks, and more.

Amazon is now discounting a selection of all-new Apple Watch Series 7 models, taking $40 off to deliver new all-time lows. Seeing its first discount, the 45mm Graphite Stainless Steel GPS + Cellular model is marked down to $769 with a matching Milanese Loop band. That’s $30 off, a new all-time low, and a rare chance to save – Though you can also save on other styles right here, too.

Apple Watch Series 7 arrives as the latest iteration of fitness tracker with some notable improvements over its predecessors. Headlined by the noticeably larger screen, there’s now added IP6X dust-resistance to pair with the usual fitness tracking features. There’s also a new fast-charging mode, which can deliver enough charge to wear overnight in just 8 minutes. Here’s how it compares to the previous generation models.

Amazon is offering Apple’s latest 11-inch M1 iPad Pro 1TB Wi-Fi in Silver for $1,299. That’s a $200 discount from its regular price and marks a new all-time low that we’ve tracked for this model.

Powered by Apple’s in-house M1 SoC for “next-level performance,” this iPad Pro is ready to handle any task you throw at it. Photo and video editors will enjoy a ProMotion display with a P3 wide color gamut, and the LiDAR Scanner also helps in certain scenarios. Wi-Fi 6 is in tow with a Thunderbolt port as well. Plus, there’s a 12MP wide camera and 10MP UltraWide on the rear for capturing stunning shots while out and about. Get a closer look in our hands-on review.

Amazon is currently offering the Lutron Caseta Smart Dimmer Switch Starter Kit for $80. Typically fetching $100, you’re looking a pretty rare discount in the first place with 20% in savings tacked on to deliver a new all-time low. This is also only the second markdown of the year and the first one since April.

Lutron’s Caseta ecosystem is one of the more reliable platforms for building out whole-home smart lighting, with this starter kit giving you everything needed to get started out of the box. Centered around the required bridge, you’re also getting an in-wall dimmer light switch which can also be controlled by the Pico remote. That’s of course alongside support for HomeKit, Alexa, and Assistant to round out the package.