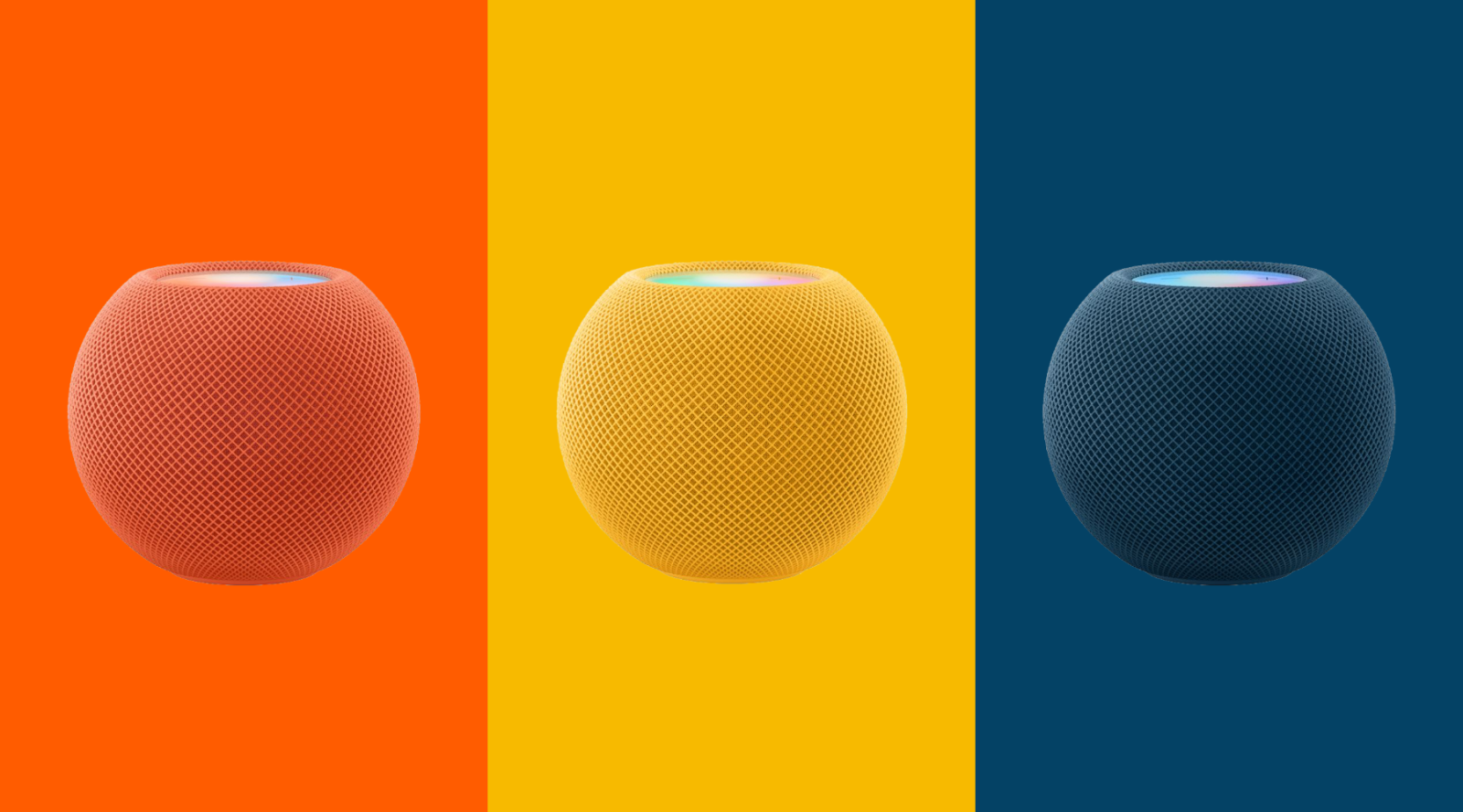 Apple’s three new HomePod mini colors are now available to order on Apple.com and the Apple Store app. The colors were introduced a few weeks ago at Apple’s “Unleashed” special event and include: yellow, orange, and a dark blue. They’re a big departure from the neutral white and space grey colors that Apple has offered for HomePods for 4 years. The new colors are priced at the same $99.

Mark Gurman at Bloomberg and Sam Kohl at AppleTrack both previously reported that the new HomePod minis would be available this week.

While the new HomePod minis aren’t really any different from a hardware perspective, they do feature the latest software that Apple recently released for existing HomePod owners. Some of the new features include: