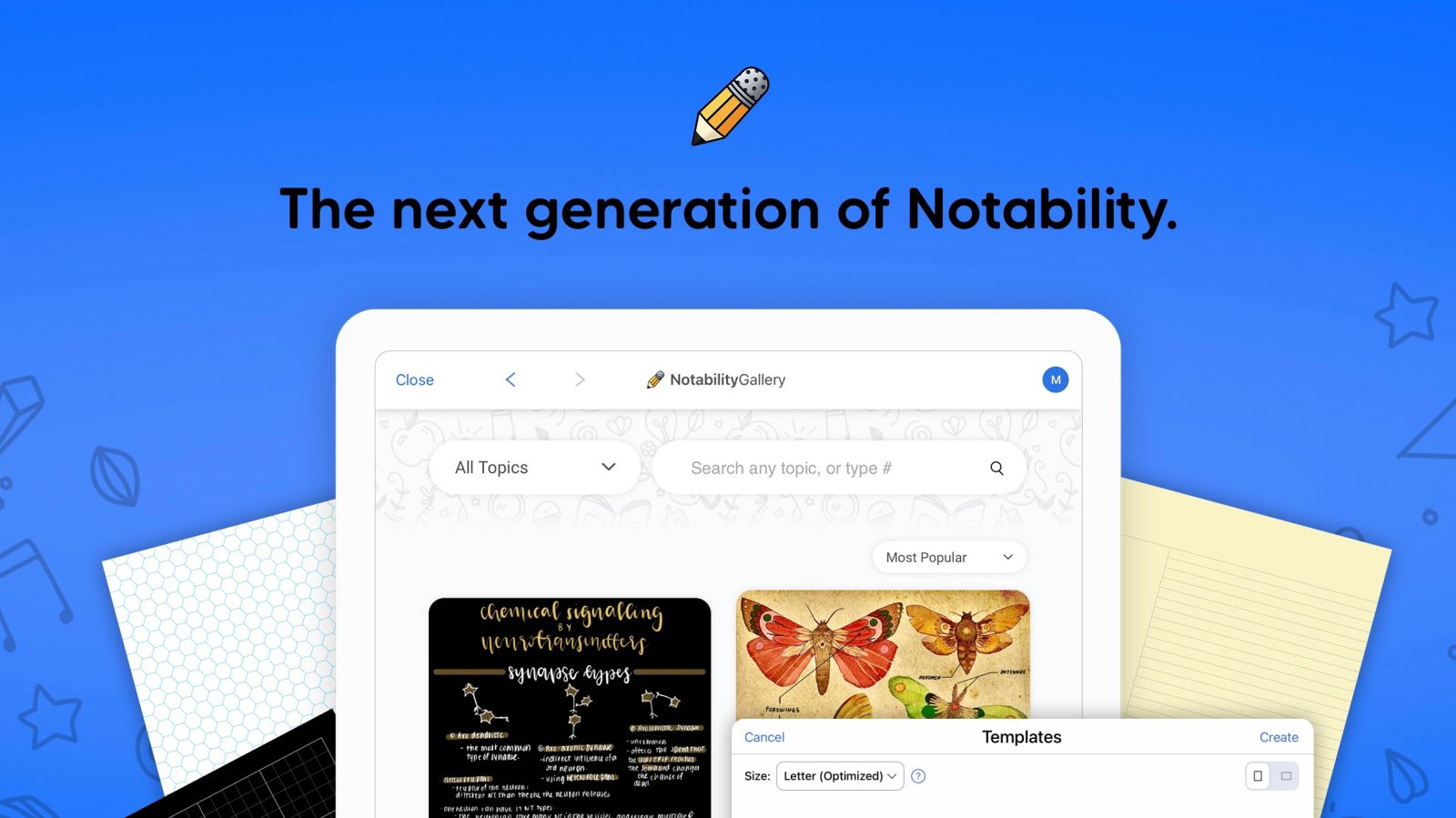 Apple Editors’ Choice award-winner Notability is out today with a major update for its iPhone, iPad, and Mac app. With the release comes a shift to a freemium model so anyone can use the software at no cost. Meanwhile, the full Notability experience is now free for K-12 institutions.

Notability announced the news alongside the launch of the 11.0 update in a press release:

Ginger Labs, the maker of the best-selling note-taking app Notability, today announced that Notability has become a free app with an optional subscription for access to more features and unlimited editing. The change comes with the release of Notability 11.0, which includes an all-new platform for public note sharing called Notability Gallery, in addition to top-requested features that enhance organization and provide more flexibility.

The free version of Notability limits some features and editing capabilities but is perfect for light/medium use or to figure out if you want to unlock the full version that now runs $14.99/year (on sale for $11.99 for a limited time).

In addition to unlimited note taking, subscribers have access to advanced technology like MyScript Math Conversion and fresh creative content such as planners, stickers, and more.

Notability says that existing customers “can continue using Notability without interruption until November 1, 2022.”

The headlining feature of the new update is Notability Gallery. Here’s what to expect:

With the release of Notability 11.0, for the first time ever users can publish notes publicly to the Notability Gallery and enjoy the creativity of the community. Gallery opens up unlimited possibilities for learning and sharing on the app—users can search for ideas on any topic and find inspiration from over 15 million Notability note takers across the globe.

Notability is a free download for Mac, iPhone, and iPad.

Additionally, for the first time ever, Notability is available for free for all K-12 institutions using Apple School Manager. This version of Notability has unlimited editing and Handwriting Recognition and Math Conversion technology provided courtesy of MyScript. Students use Notability to annotate slides, present projects in class, learn from lectures, and even complete and turn in class assignments in the cloud.