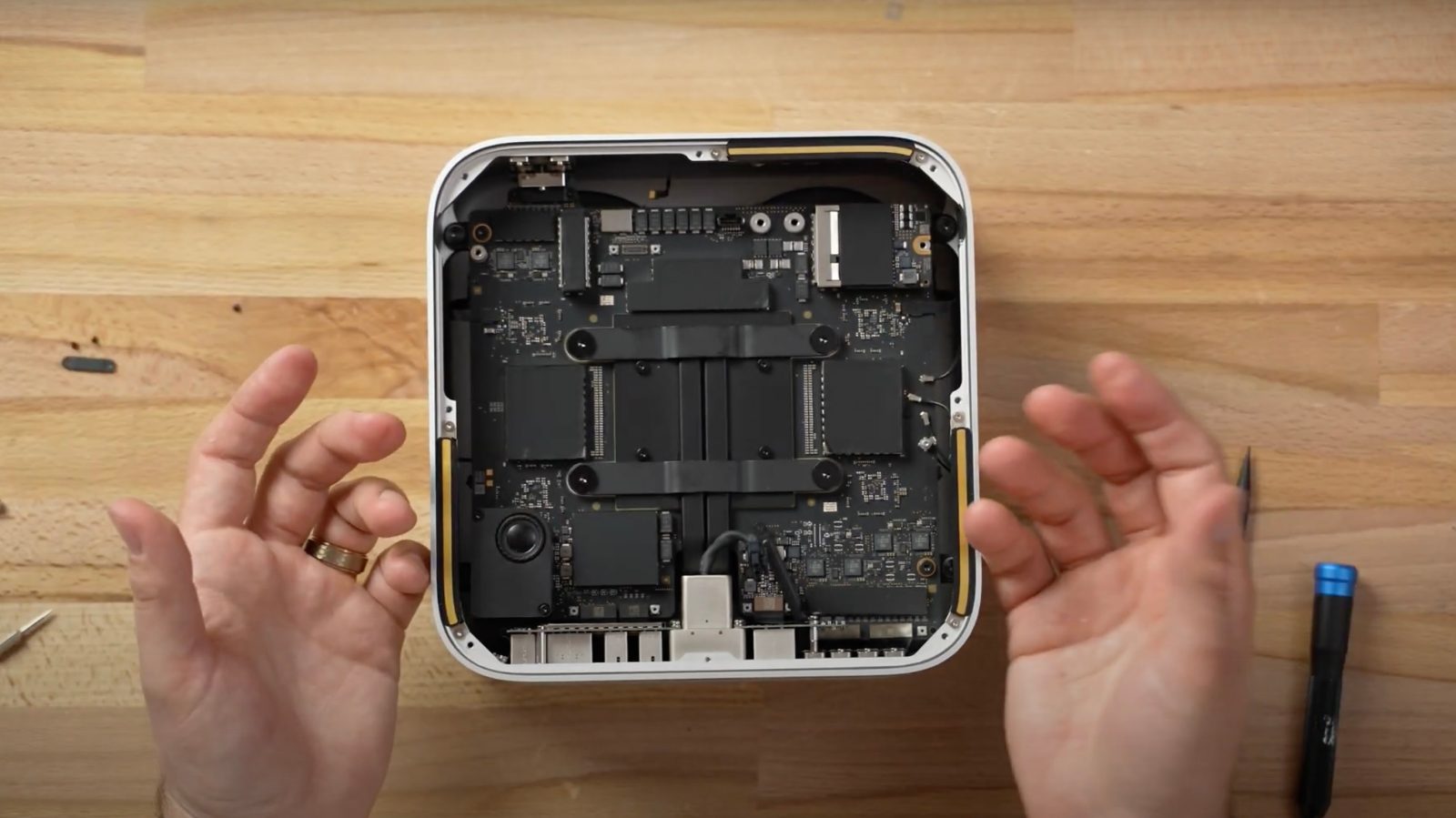 The first Mac Studios are in the wild, and as is always the case, the first teardowns are starting to hit the web. Most notably so far, Max Tech on YouTube has taken apart the Mac Studio to reveal the internal design, the M1 Ultra, and a potential hint at upgradability.

First and foremost, this teardown reveals how to get inside the Mac Studio. From the outside, the Mac Studio appears not to have any screws, but if you delicately remove the rubber ring from the base of the machine, you’ll find four screws that allow you to remove the base altogether.

Immediately upon removing the base of the Mac Studio and seeing the internals, Max Tech realizes that the Mac Studio may very well feature upgradeable SSD storage. Similar to the Mac Pro, the Mac Studio features two SSD ports inside that are relatively accessible.

Max Tech points out that language on Apple’s website for the Mac Studio indicates that the storage is “not user accessible” and that if customers think they may need additional storage in the future, they should “consider configuring to a higher capacity.”

Because of the “user accessible” language, however, Max Tech speculates that Apple could offer authorized SSD storage upgrades at some point down the line. Apple similarly sells an SSD Upgrade Kit for the Mac Pro.

The video also shows how you can move the SSD module from one slot to other. This again suggests that the slots could be modular and upgradeable down the line. Unfortunately, there’s zero chance you’ll be able to upgrade the unified memory of the Mac Studio because it’s soldered to the chip itself.

The full video from Max Tech is well worth a watch and can be found below. Ultimately it’s unclear if Apple purposefully designed the Mac Studio to allow for SSD storage upgrades down the line, but it is an interesting possibility to consider. What do you think? Let us know down in the comments!