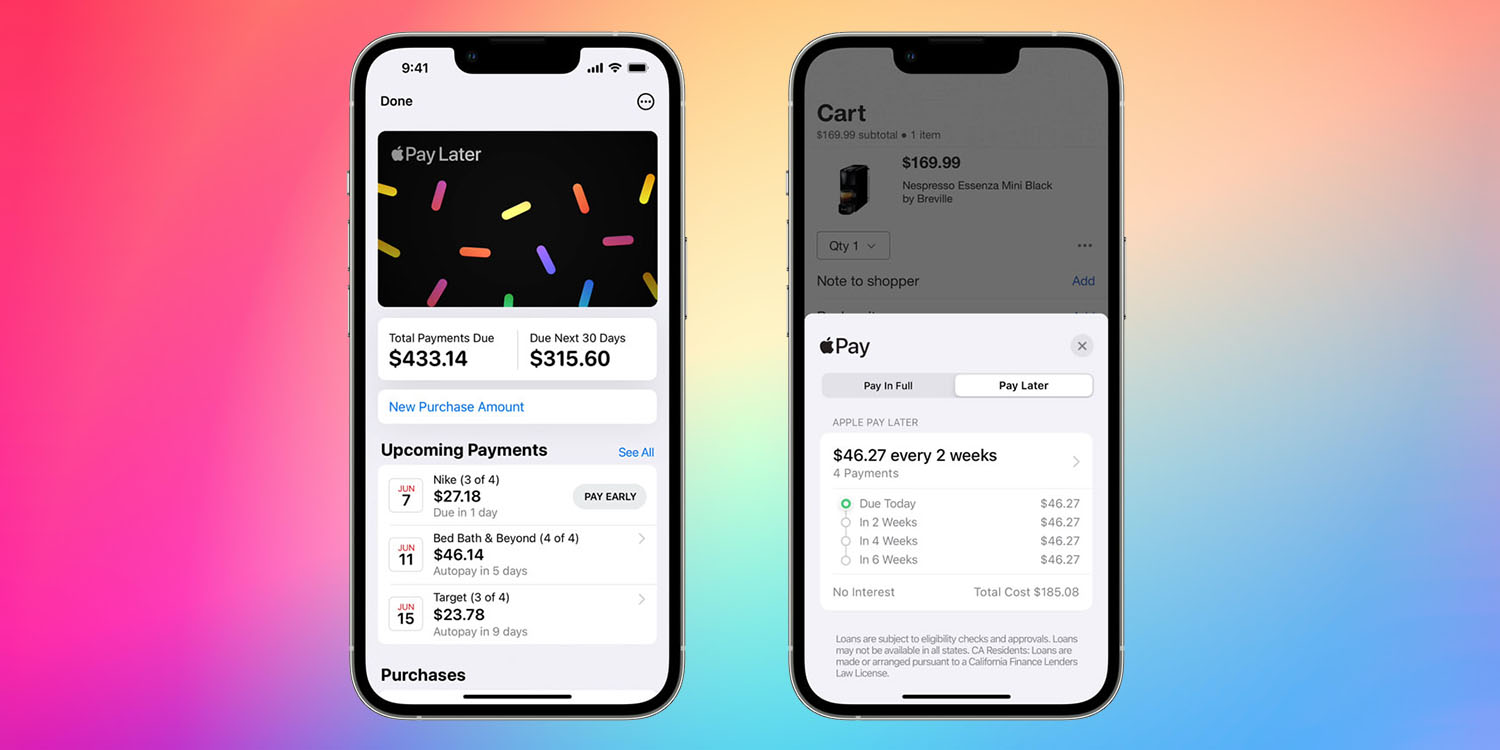 The announcement of an Apple buy now, pay later feature, Apple Pay Later, has drawn the attention of the US consumer finance regulator, the Consumer Financial Protection Bureau (CFPB).

CFPB director Rohit Chopra said that Apple Pay Later raised “a host of issues,” with antitrust concerns one of those …

Apple’s buy now, pay later (BNPL) feature was announced at WWDC. Apple Pay Later will launch as part of iOS 16, allowing US Apple Pay users to make four equal payments over six weeks at no extra cost. Merchants can opt into the scheme without any impact on now or when they are paid.

Despite the lack of fees and interest charges, Apple will still make money from the service, and consumers have been warned to use the feature with caution.

Since the announcement, we’ve learned that Apple is forgoing a bank partner, and will use your Apple ID history as one of its fraud prevention tools.

The Financial Times reports that the CFPB concerns span antitrust, privacy, and indebtedness.

The top US consumer finance regulator has warned that Big Tech’s entry into the buy now, pay later lending business risks undermining competition in the nascent sector and raises questions about the use of customer data.

In a warning shot to Silicon Valley following Apple’s decision to launch its own BNPL service, Rohit Chopra, director of the Consumer Financial Protection Bureau, said his agency would have to “take a very careful look [at] the implications of Big Tech entering this space”.

Among the issues the agency would consider was “whether it may actually reduce competition and innovation in the market”, Chopra said in an interview.

In response to a question about the Apple launch, Chopra said Big Tech’s entry into short-term lending “raises a host of issues”, including how companies would use customer data. “Is it being combined with browsing history, geolocation history, health data, other apps?”

The antitrust concern appears to be that Apple potentially has access to a lot of customer data in the form of Apple Pay usage, and could use that data to give itself an unfair advantage over competing BNPL services. Usage of this data also raises privacy questions.

The regulator has already asked Apple to explain how the company collects and uses customer data in relation to Apple Pay generally. Similar questions have been put to Amazon, Facebook, Google, and PayPal.

Finally, the CFPB is concerned that BNPL schemes increase consumer debts. These schemes are not normally considered measured as part of indebtedness due to the short-term nature of the financing, but Chopra thinks that should change.

“In order to have real visibility into the state of household balance sheets, we can’t just look at credit card debt or auto loan debt,” Chopra said. “We’ve got to now look at buy now, pay later debt as well.”

The regulator has already asked the biggest names in BNPL to provide information that will help assess the need for any legislative controls: Afterpay, Affirm, Klarna, PayPal, and Zip.

This could be a first for Apple: coming under antitrust scrutiny before the company has even started offering a service!