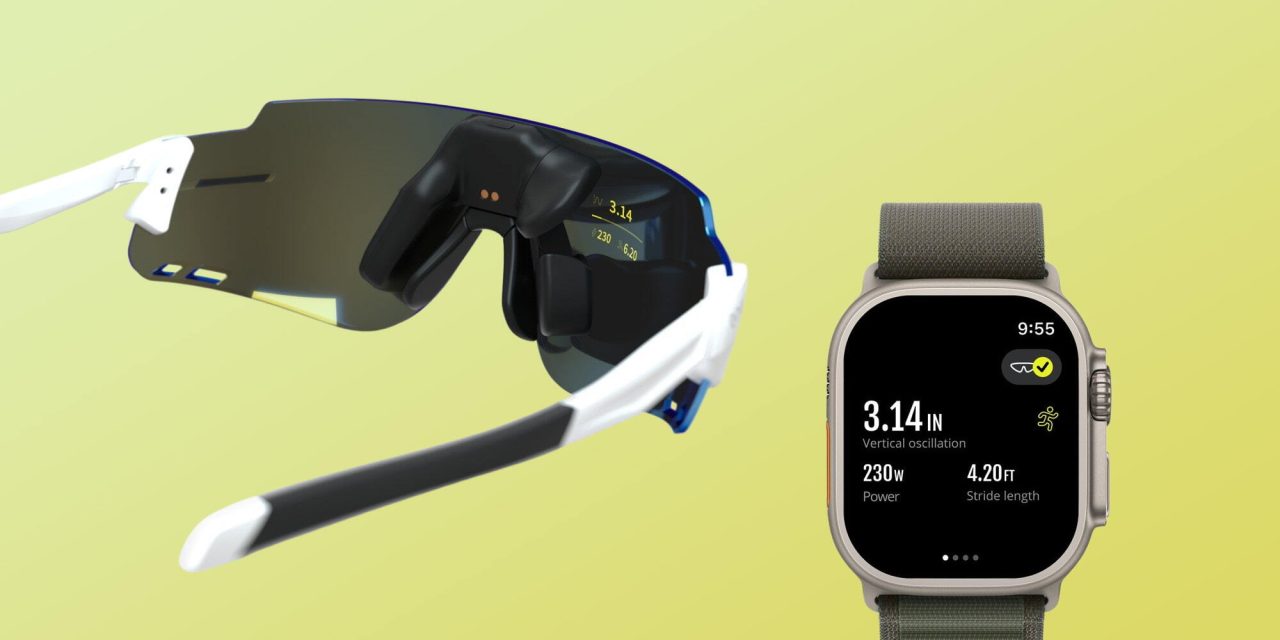 A major update from MicroOLED, the company behind ActiveLook is bringing what looks like an impressive AR experience for Apple Watch owners. Offering what it says is the first real-time heads-up display for Apple Watch exercise data, ActiveLook’s new Light AR platform brings the live metrics into AR sports glasses like ENGO and Julbo.

MicroOLED shared the big news on the compatibility with watchOS 9 for use with ActiveLook-powered AR glasses in a press release:

“With the ability to create up to three ‘dashboards’ of real-time data using the ActiveLook application for Watch OS, ActiveLook eyewear can display performance metrics such as Running Pace, Heart Rate and Running Power, in addition to the latest running dynamics metrics introduced with Watch OS 9 which include Stride Length, Ground Contact Time, and Vertical Oscillation.”

The new compatibility is exciting as Apple Watch Ultra and Series 8 are set to arrive soon. But the great news is anyone running watchOS 9 can take advantage of the slick heads-up AR display.

AR sports eyewear like ENGO and Julbo feature ActiveLook tech and are ready to pair with Apple Watch/watchOS via the ActiveLook 2.0 app.

For example, features of the ENGO 2 AR glasses include:

The big idea behind having AR sports glasses is athletes don’t have to interrupt their stride/mechanics to look at their data:

“Placing this data in the runner’s natural field of view eliminates the need to break stride, shift focus and change body mechanics to monitor performance, which enables athletes to train and compete with seamless access to real-time information. ActiveLook provides a competitive advantage for endurance athletes such as marathoners and triathletes who rely on real-time metrics such as pace and heart rate in order to achieve their personal best. As such, ActiveLook-enabled eyewear are a perfect companion to the just-announced Apple Watch Ultra.”

While ActiveLook has been around for some time with Garmin compatibility being popular, MicroOLED CEO Eric Marcellin-Dibon says the compatibility with watchOS 9 offers the best experience yet:

“The Apple Watch integration delivers the best ActiveLook experience for runners to date, from simplified setup to super intuitive use with the Apple Watch’s touchscreen combined with the gesture control function found in ActiveLook products. Our team has delivered a breakthrough AR experience that highlights the benefits and value of MicroOLED’s ActiveLook platform – it’s lightweight, offers long battery life, excellent brightness, and is low cost. Competitive, data-driven runners will greatly benefit from this technology.”