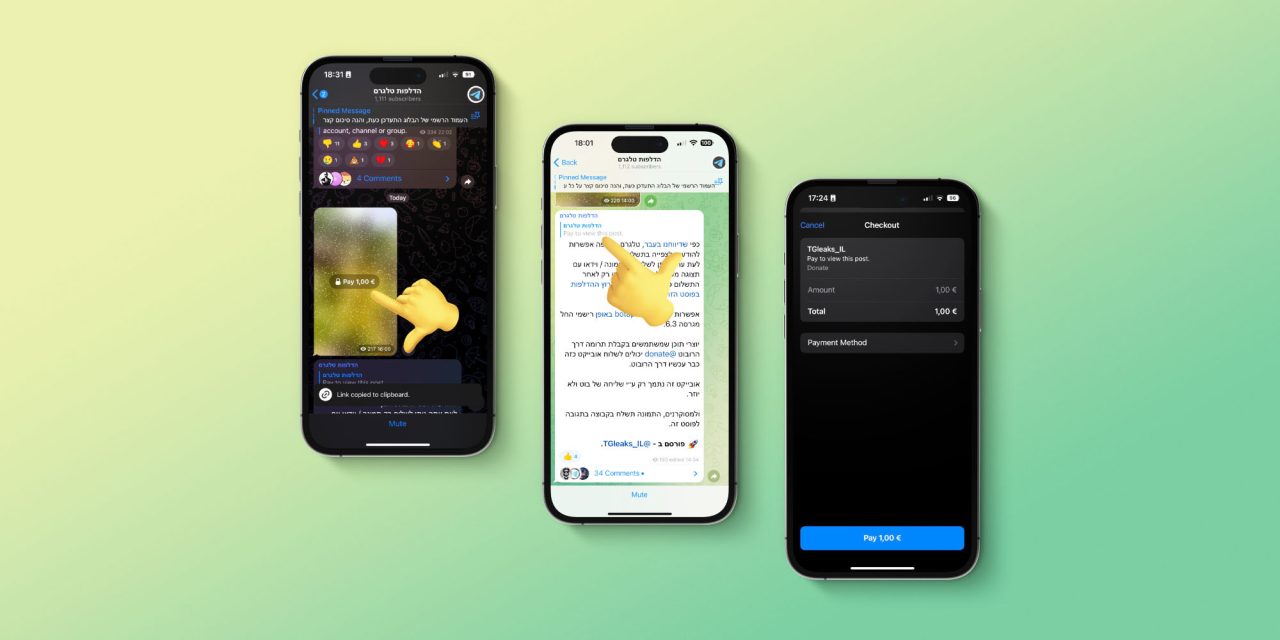 Telegram this year introduced a paid “Premium” subscription that unlocks extra features for users, but it seems the platform wants to make even more money from the messaging app. This time, Telegram has been quietly testing paid posts on channels. But more than that, the app is using its own payment system on iOS to bypass Apple’s in-app purchases.

Article updated with a statement from Telegram.

After the article was published, a Telegram spokesperson told 9to5Mac that the company is not testing a paid posts feature. Instead, some creators are using third-party donation and pay-to-view bots.

On Friday, Telegram CEO Pavel Durov shared a public message in which he says that the platform has never charged users for transactions made using these bots. However, as the news spread, Apple reportedly requested Telegram to remove this feature from the iOS app.

You can read Durov’s full statement on his Telegram channel. You can also read our original article below.

As noted by social media consultant Matt Navarra, a few Telegram channels have already received access to this feature, which allows creators to charge money for people to view specific messages. The feature hasn’t been officially announced by the platform, which suggests that it is still being tested.

However, the interesting thing about this story is that paid posts are also available in Telegram’s iOS app. But even there, the app uses its own payment system rather than the App Store’s in-app purchases system.

Developers offering paid content in their apps are required to do so using Apple’s in-app purchases. The only exceptions are apps in the “reading” category, which can redirect users to pay for a subscription on an external website. In South Korea, Apple has also been forced to allow developers to use alternative payment methods, but this is not the case with Telegram.

Long-running battle between Telegram and Apple

Durov openly criticizes Apple due to the App Store’s strict rules. Updates of Telegram’s iOS app have multiple times been rejected by Apple for violating some of the company’s guidelines, such as replicating the iOS emoji design.

There’s no word on when this feature will become available for everyone. But if Telegram insists on rolling out paid posts without using the App Store’s in-app purchases system, it won’t be long before the company faces another battle with Apple.