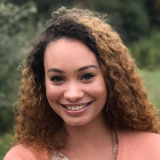 Google Stadia has been expanding a lot lately, but the cloud streaming service has one major caveat for a lot of gamers — it doesn’t work on iOS. A custom browser by the name of “Stadium” enabled Stadia support on iPhone and iPad, but Apple quickly removed it. Now, the app is back!

As promised on Friday, iOS 14 users can now set Gmail as the default mail app on iPhones and iPads. This follows a handful of updates from Google to support the latest version of Apple’s mobile operating system.

Last month, Google announced that Maps is coming back to watchOS after leaving the platform in 2017. Google Maps for Apple Watch is now available following the latest update.

Instagram’s feed has made some big changes over the years, but its latest is perhaps the biggest. Rolling out to all users over the past 24 hours, Instagram is filling your feed with “Suggested Posts.”

Google today announced two big features for its mapping service on Apple platforms. After removing in 2017, Google Maps is bringing back its Apple Watch app, as well as adding support for CarPlay Dashboard.

Trump plans to ban TikTok in the US, decision as soon as Saturday; opposed to Microsoft spinoff

Earlier today, it emerged that President Trump was reportedly planning to order ByteDance to divest TikTok, with Microsoft in talks to acquire. The US is now going further and plans to ban the social network from operating in the US as soon as tomorrow. Meanwhile, he is against a possible Microsoft spinoff.

Best Android app deals of the day: Sheltered, The Escapists 2, Worms 3, and more

Belkin is now out with its new Thunderbolt 3 Dock Core, the latest addition to its stable of USB-C hubs and other docking stations. Alongside notable features like 60W USB-C charging passthrough and the ability to drive 8K monitors, the upcoming 7-in-1 hub takes on competing offerings with a compact, bus-powered design. Head below for all of the details, including pricing and how to lock-in your pre-order.