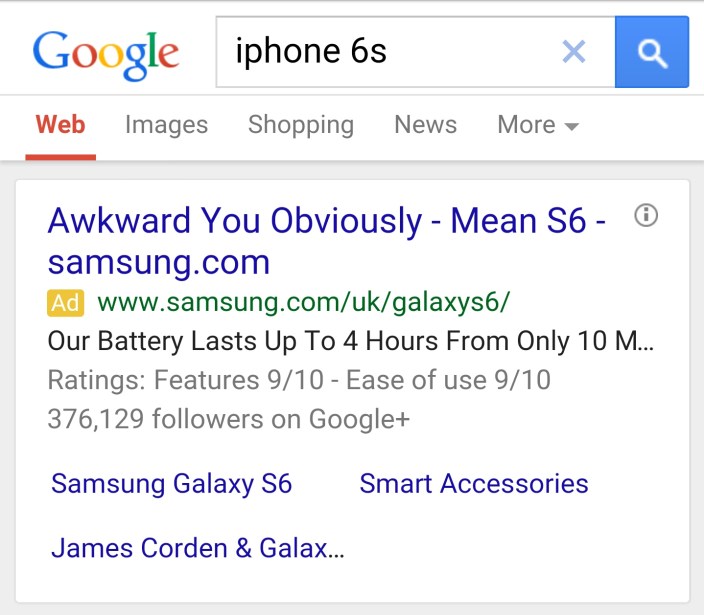 A new ad from Samsung has started appearing for some people searching “iPhone 6s” on Google, and it’s a pretty hilariously formatted attempt at hijacking searches for Apple’s rumored handset. “Awkward You Obviously – Mean S6 – samsung.com,” the advertisement reads, placed at the top of search results. It’s not clear if this is only appearing on mobile nor exactly what triggers the ad, but it’s definitely a pretty funny attempt at taking advantage of a convenient (or, inconvenient for Apple I guess) naming similarity.