In a post on Facebook, Robert Scoble makes some bold (and unlikely) claims concerning the upcoming iPhone 8. Scoble claims that, according to a source, the iPhone 8 will be a clear piece of glass with a computer strip at the bottom.

He explains that this will allow for “Mixed Reality,” a combination of AR, VR, and AI.

He also notes that the reason Viv, the new AI assistant founded by the creators of Siri, sold to Samsung is that “Apple showed them the new Siri for mixed reality and the game was over.” 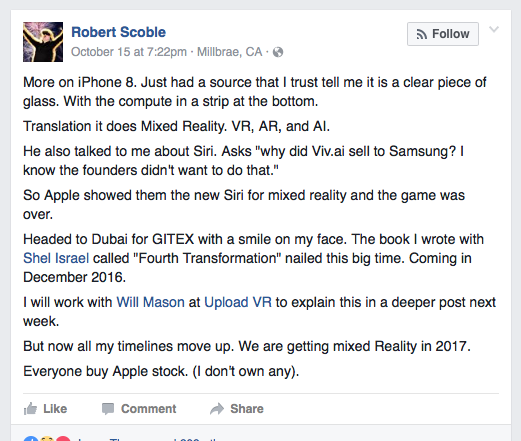