A smarter, safer way to use your iPhone in the car 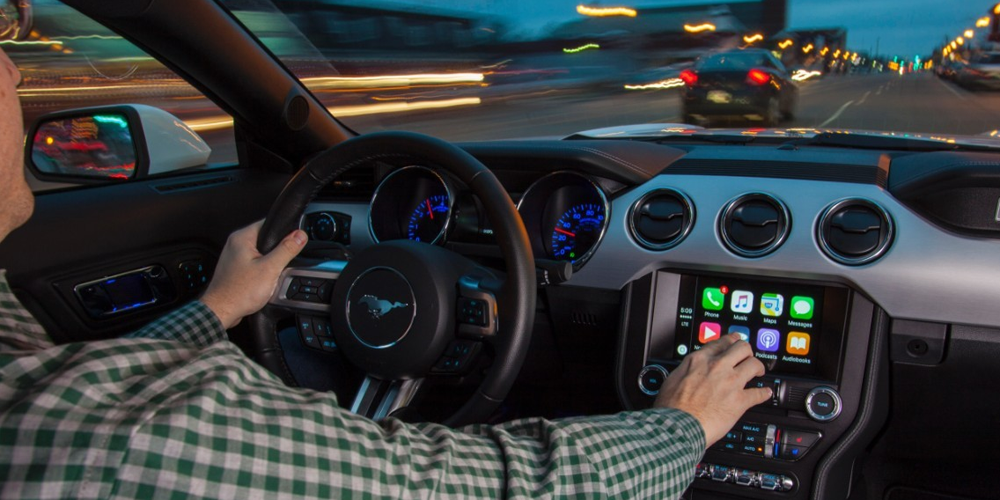 CarPlay is an iOS feature that makes using your iPhone simpler and easier while in the car.

Available on select cars, CarPlay is a smarter, safer way to use your iPhone in the car. CarPlay takes the things you want to do with your iPhone while driving and puts them right on your car’s built-in display. You can get directions, make calls, send and receive messages, and listen to music, all in a way that allows you to stay focused on the road. Just connect your iPhone and go. 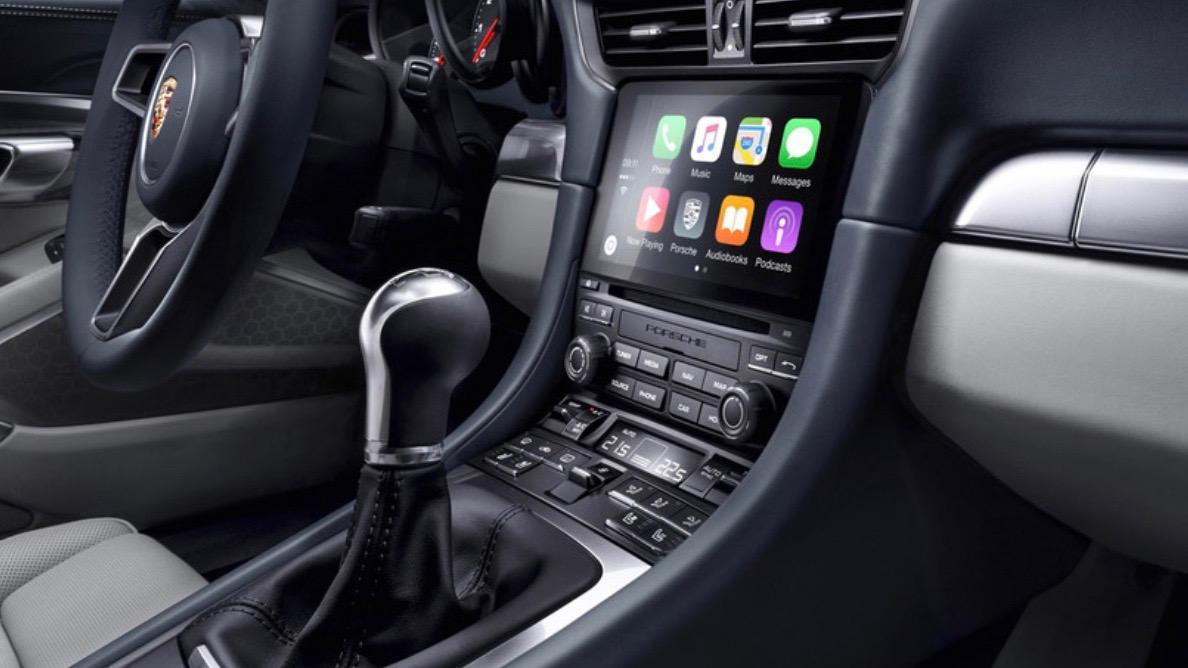 How to find cars with CarPlay: 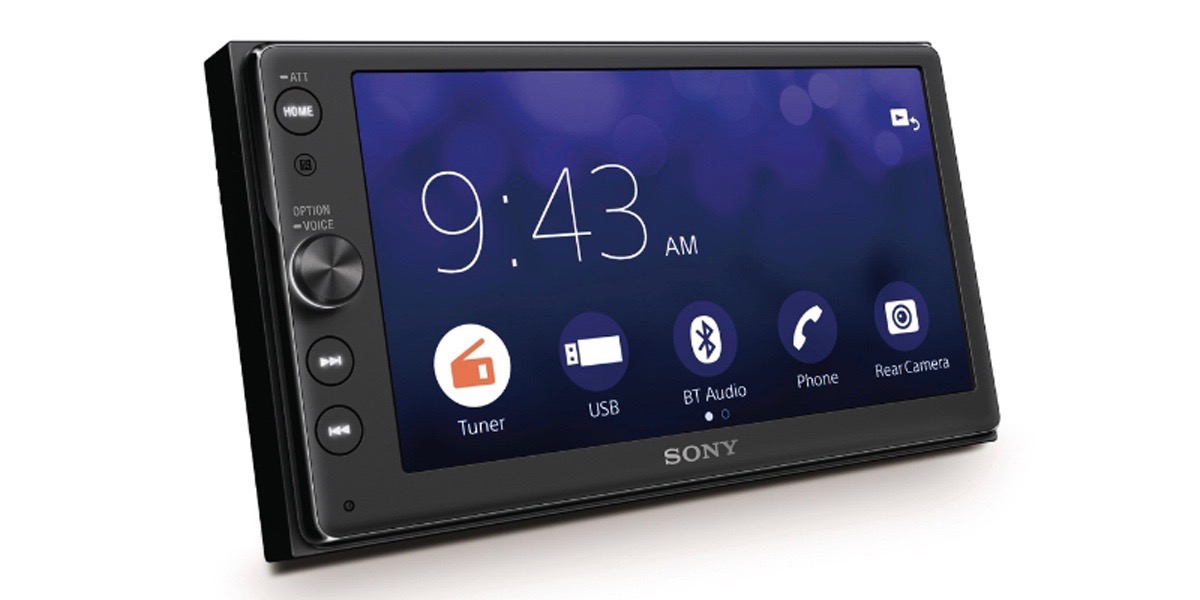 Apple users who don’t want to rely on the built-in charging station guidance in their electric vehicle (or their iPhone) now have the option of using Apple’s CarPlay for everything from navigation, starting a session, to joining a waitlist at ChargePoint EV stations. 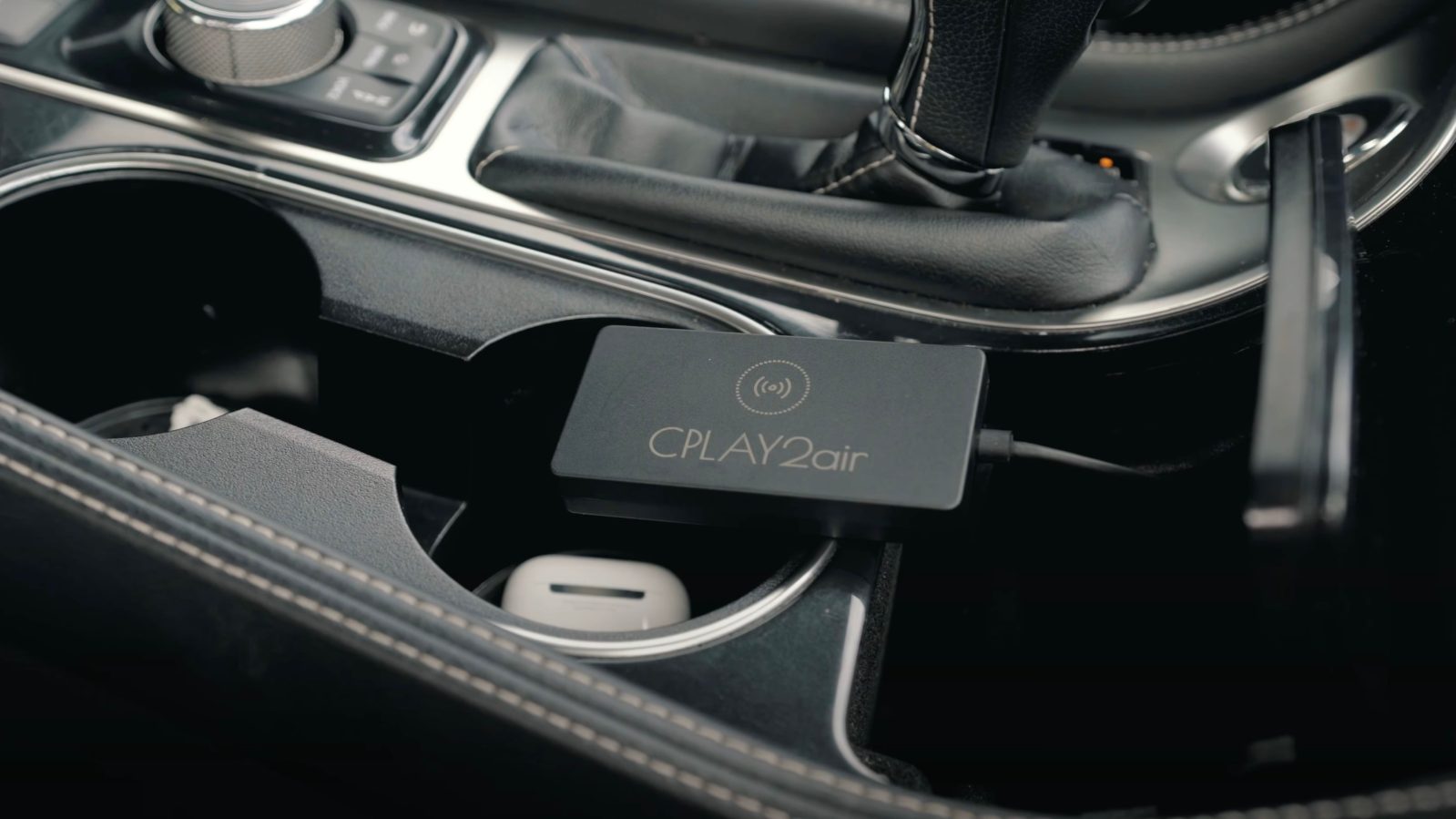 Apple’s CarPlay platform is one of the best ways to bring the iPhone experience to your car’s infotainment system. A few years ago, Apple introduced wireless CarPlay, which allows you to forgo the Lightning cable, but adoption has been limited so far.

END_OF_DOCUMENT_TOKEN_TO_BE_REPLACED Chevrolet unveiled this week the new 2021 Corvette Stingray, which will be available later this year. In addition to everything that has changed in the newest model, the 2021 Corvette includes Wireless CarPlay support, built-in Qi charger, and other modern features.

END_OF_DOCUMENT_TOKEN_TO_BE_REPLACED 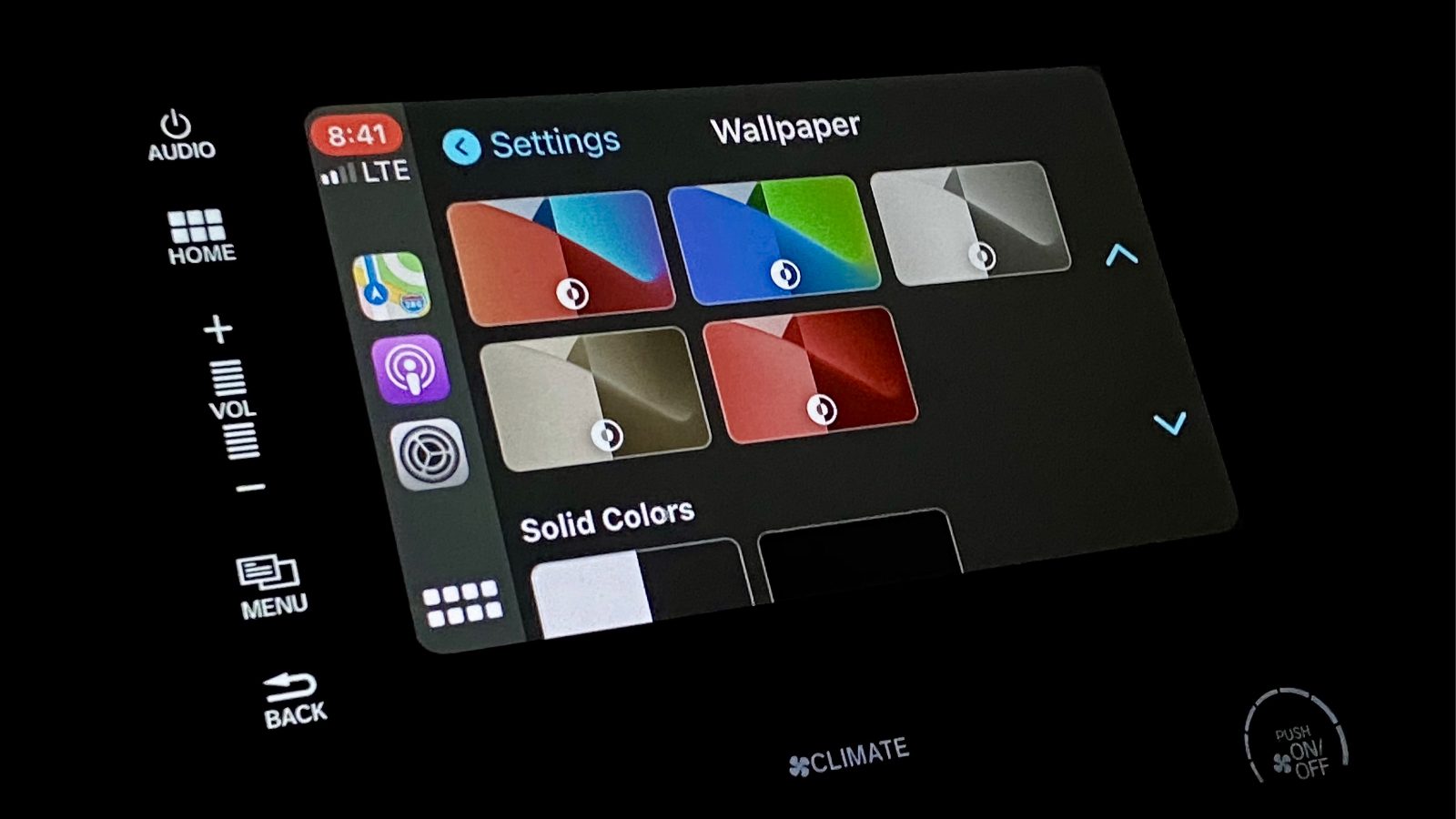 Apple CarPlay improves every year with software updates for the iPhone. This year is no different with iOS 14 and new features like wallpaper support.

END_OF_DOCUMENT_TOKEN_TO_BE_REPLACED 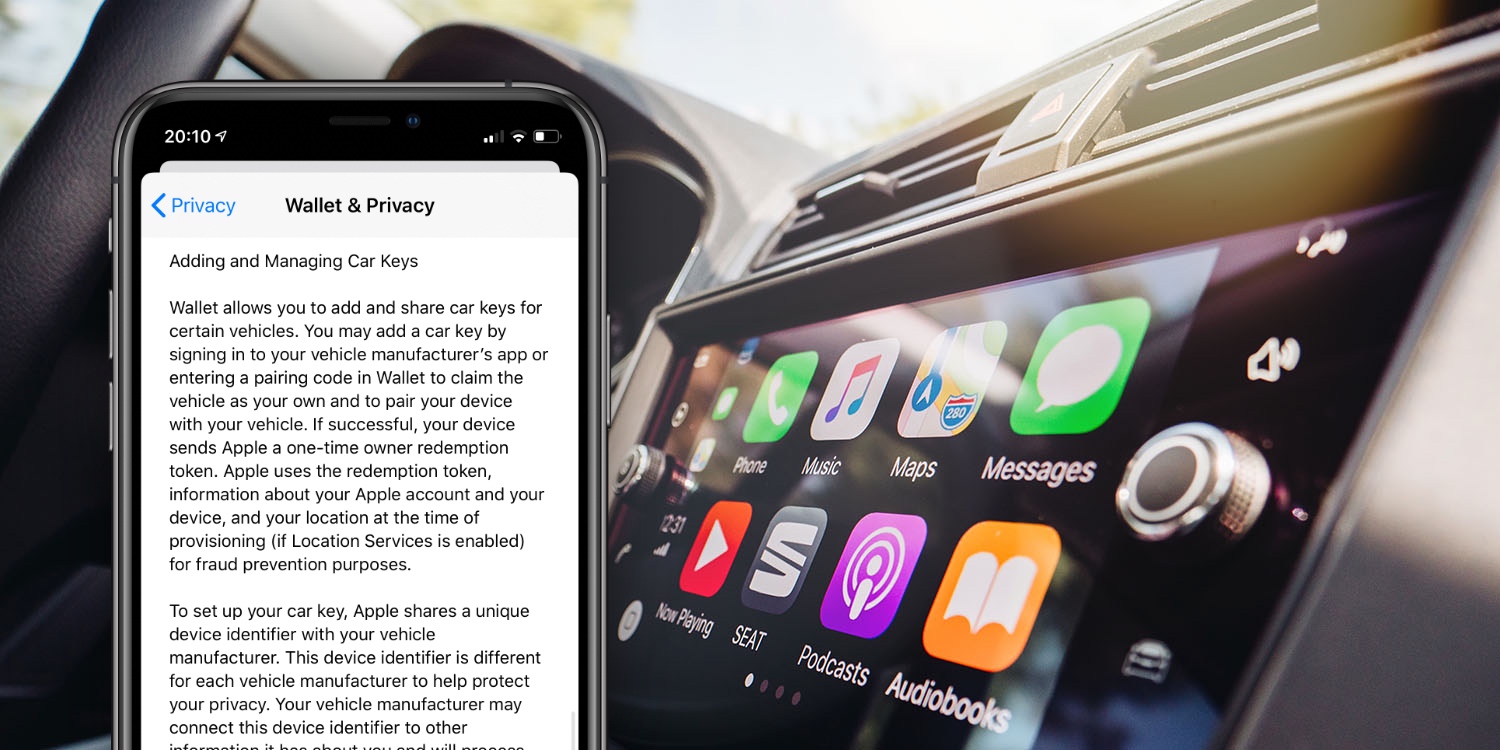 We have been reporting on Apple’s upcoming ‘CarKey’ feature for a while now, and the latest iOS 13.6 beta gives us our best confirmation yet that the feature is imminent. On iOS 13.6, if you go to the Privacy information for Apple Wallet, Apple details several paragraphs about adding a car key to the Wallet app — a feature that the company has not yet officially announced. The find was first spotted by iPhone Ticker.

As the copy has been updated in 13.6 but not in prior releases, it suggests that Apple may be planning to launch Car Key with the release of iOS 13.6, rather than waiting for iOS 14. The company may very well announce Car Key as part of WWDC next week.

END_OF_DOCUMENT_TOKEN_TO_BE_REPLACED

CarPlay How To Reviews Wireless CarPlay 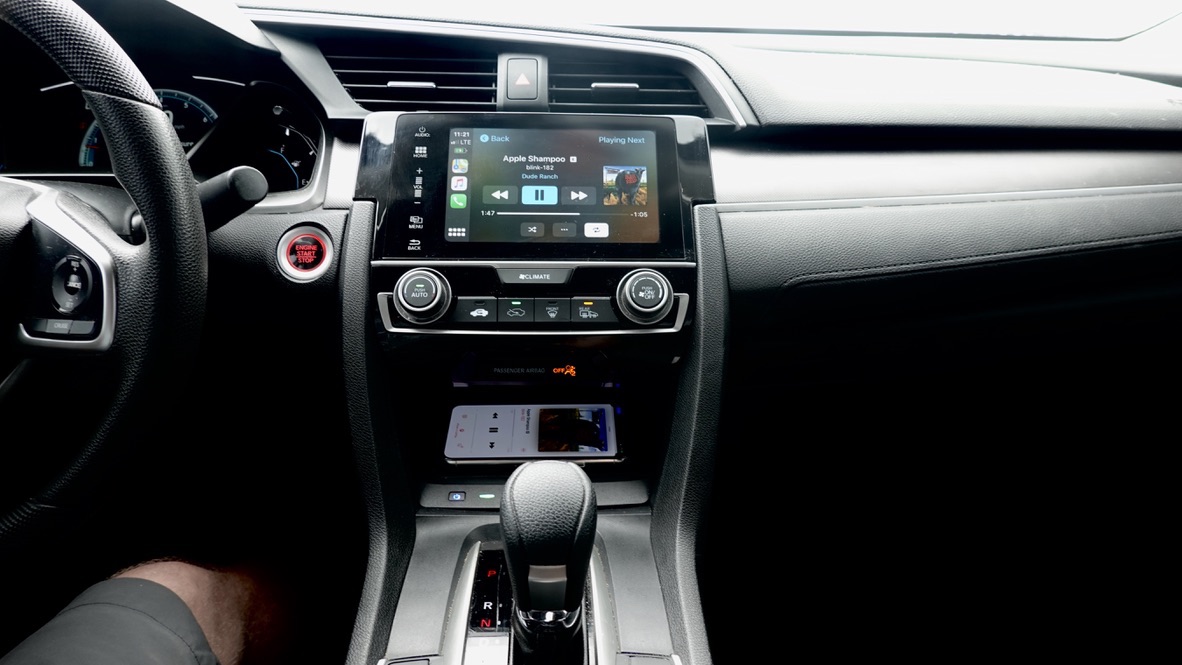 A few years ago I replaced my 2005 Honda Civic from high school with a 2017 model. The car itself felt twelve years newer in every way but one.

My old car stereo was replaced with an aftermarket Wireless CarPlay head unit. The tenth generation Honda Civic included standard CarPlay, and I wasn’t interested in replacing the stock entertainment system in a brand new car.

Three years later, it’s now possible to add both Wireless CarPlay and Qi charging for around $200 — all without replacing any hardware.

END_OF_DOCUMENT_TOKEN_TO_BE_REPLACED

This year’s holiday HomePod discount is here, bring Siri to your space for $210