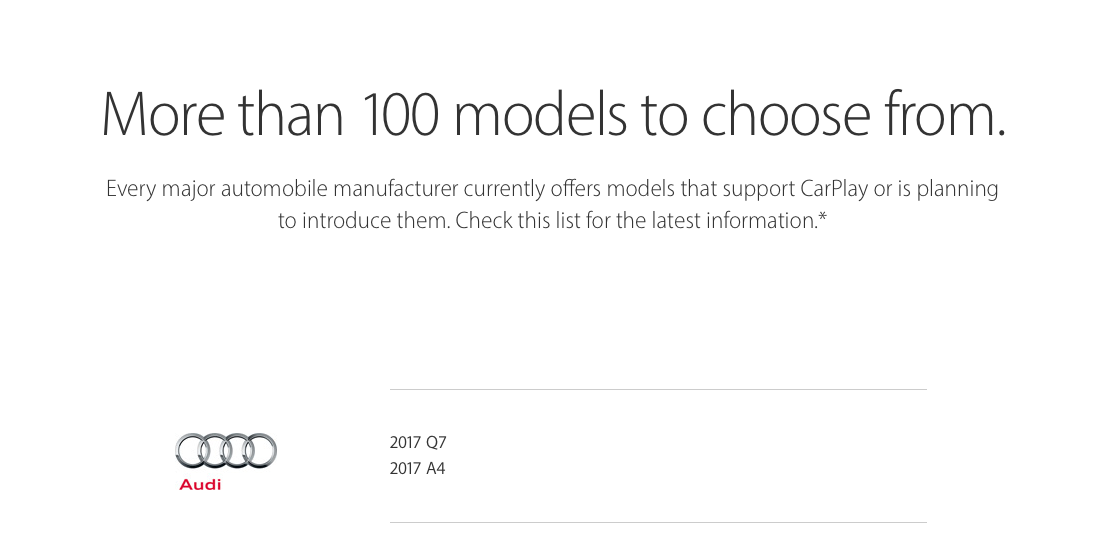 In addition to unveiling iOS 9.3 with new CarPlay features, Apple today has launched a new webpage detailing all of the cars in which its infotainment system is available. On the page, Apple touts that CarPlay is or will soon be available in more than 100 different vehicles models. The list consists of 2016 and 2017 car models only, from a variety of different companies.

iOS 9.3 saw the introduction of a couple of new CarPlay features. CarPlay can finally take advantage of the “New” and “For You” Apple Music features, introduced last summer alongside Apple Music. There’s also a new “Nearby” feature in Maps that shows the closest gas, parking, restaurants, coffee, and more.

CES 2016 saw the announcement that Ford would be integrating CarPlay at long last, and that announcement is reflected on Apple’s webpage. What’s not reflected, however, is that Ford will make a software update available to 2016 car models that will add support for CarPlay.