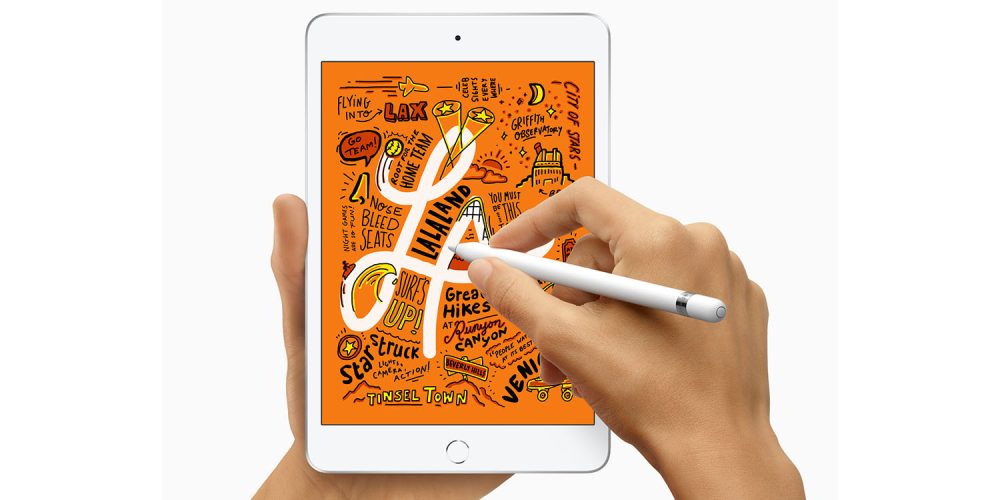 The iPad mini is the tablet you’re looking for if you want a bigger screen than your iPhone for things like reading news, books, playing games, and enjoying social media. When compared to all other iPads, the iPad mini is cost-effective and offers first-generation Apple Pencil support.

The iPad mini was first introduced in October of 2012. Back in the keynote, this iPad contrasted with the standard model: 9.7 inches for the base model, 7.9 inches for the mini one. “Easy to remember,” Apple said at the time.

One year later, in 2013, the company gave this iPad a minor upgrade with the A7 processor and a Retina display. Only in 2014, with the iPad mini 3, Apple introduced the Touch ID on this tablet while adding support for Apple Pay.

Alongside the first iPad Pro, the iPad mini 4 was announced in September of 2015, but with the iPhone 6s and a new Apple TV also presented at this keynote, the iPad mini 4 was overshadowed. It received an A8 processor and its first redesign with a slightly taller and wider body than the previous models.

When everyone thought Apple wouldn’t launch another iPad mini, the company released the fifth-generation in March of 2019. This was the most significant update for the mini line, with a major processor upgrade and the first-generation Apple Pencil support.

The fifth-generation iPad mini has the same 7.9-inch Retina display it already had on the previous model, but now with TrueTone support. With the A12 Bionic chip, the same as the iPhone XS, the tablet is three times faster than its predecessor. You also get 3GB of RAM and 64GB and 256GB storage options.

The fifth-generation also brought support for the first-generation Apple Pencil. The mini 5 is the only iPad in line that doesn’t support the Smart Keyboard. Apple offers third-part wireless keyboard options for the customers who want to type with a proper keyboard.

It’s available in three colors: Space Grey, Silver, and Gold. You can choose between the Wi-Fi and Wi-Fi + Cellular models. This iPad offers an “all-day battery life” with 10-hour support and has a Lightning port for charging.

The fifth-generation iPad mini runs iPadOS 14.6 In iPadOS 14, Apple introduced some great features for the tablet, for example:

iPadOS 14.6, on the other hand, brings Podcasts subscriptions, Shazam as an App Clip, and prepares for the Apple Music Lossless launch.

Only the fourth and fifth-generation can run iPadOS 14. Currently, Apple is testing iPadOS 14.7 beta.

Right now, Apple is developing the next big software update to the iPad mini, with iPadOS 15.

The upcoming operating system will bring a redesigned Home Screen with widgets and App Library support.

On iPadOS 15, FaceTime group calls can finally appear in a grid, so it’s easier to see everyone. It’s also possible to share your screen, listen to Apple Music songs together, or watch Apple TV+, HBO Max, Disney+, and others while in a call.

In the productivity section, Apple unfortunately didn’t bring all features pro users wanted to take full advantage of their new M1 iPad Pro, even though Apple made it easier to rely on multitasking features.

With the Quick Note feature, users can use the Apple Pencil to add a quick note. They just need to slide the pencil through the bottom right corner to the center of the screen and start writing.

iPadOS 15 is currently on beta 2. Learn more about it here.

In our review of the fifth-generation iPad mini, we described it as a “portable powerhouse.”

Until Apple decides to make a folding tablet, the best you can do from a portability standpoint is the iPad mini. If portability is the most important factor in your eyes, then there’s nothing more that needs to be said, the mini 5 is the tablet for you. However, if portability isn’t at the top of your list, then you’ll need to decide between the 9.7-inch iPad and the iPad Air 3. In that case, the deciding factor should boil down to performance versus price.

Although the design of this iPad looks a bit outdated in 2019, it’s still by far the best small-form-factor tablet on the market. And now with the added performance of the A12 Bionic chip, it’s not just portable — it’s a portable powerhouse.

Over at 9to5Toys, you can find the best deals on the iPad mini and other Apple products. Download the 9to5Toys iPhone app to receive push notifications for new deals as well.

The sixth-generation iPad mini is rumored to launch in the second half of 2021, according to reliable analyst Ming-Chi Kuo.

Ming-Chi Kuo has previously said that Apple is working on a new form factor iPad mini with a 9-inch display. It is optimistically expected to look like a smaller version of the iPad Air, reducing screen bezels and moving Touch ID to the side button. Japanese publication Macotakara has said that the new iPad mini will feature an 8.4-inch display, up from the current generation’s 7.9-inch size.

Poll: What feature of the rumored new iPad mini are you most excited about?

The rumored new iPad mini is expected to be unveiled by Apple in the second half of 2021. Of all the features rumored to be coming with this overhaul, what’s the one are you most excited about?

END_OF_DOCUMENT_TOKEN_TO_BE_REPLACED 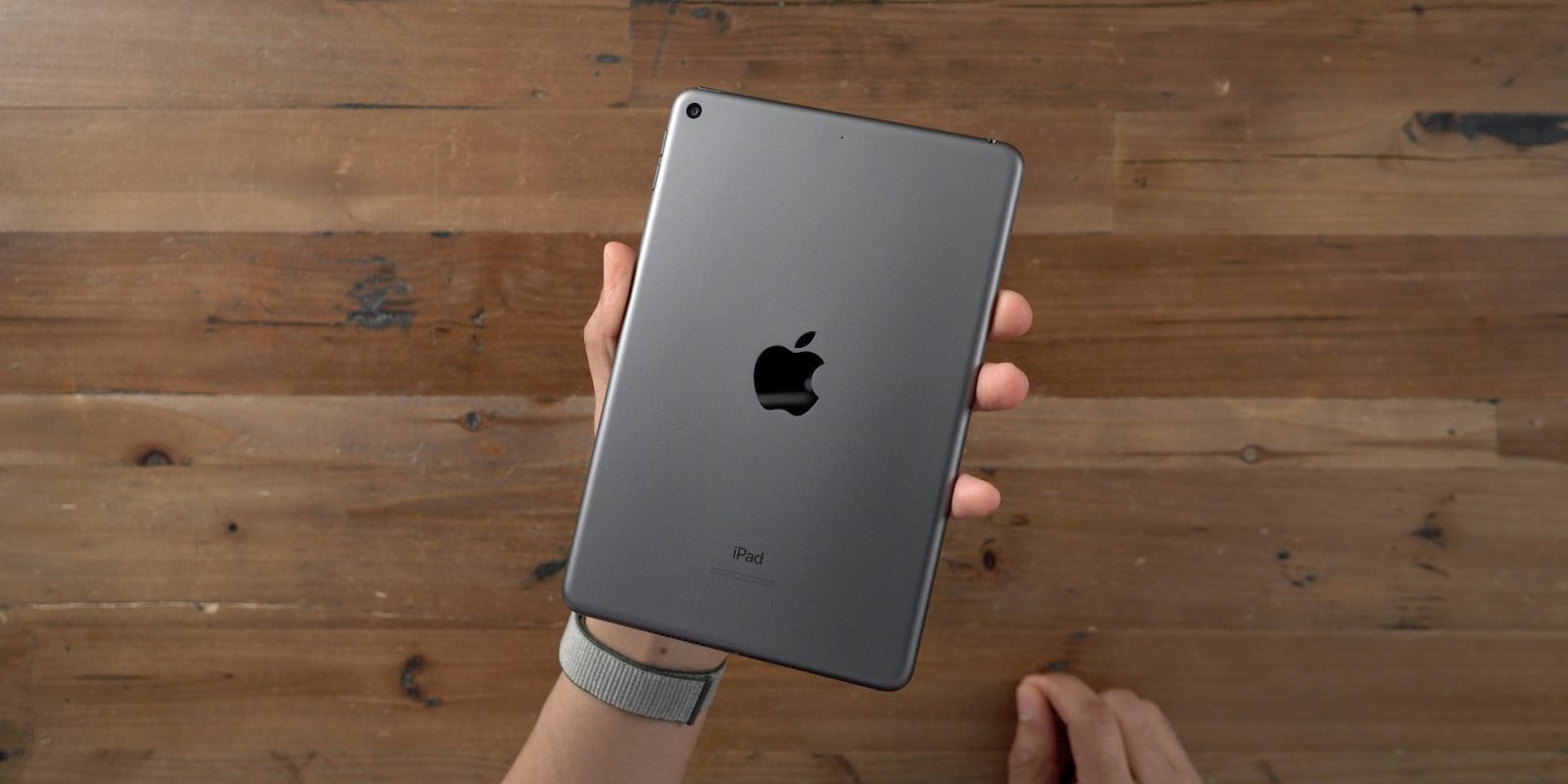 Apple is widely expected to have a new iPad mini coming as soon as later this year with a design similar to the latest iPad Air. 9to5Mac has now learned from sources familiar with the matter that the new iPad mini, codenamed J310, will be powered by Apple’s latest A15 processor, feature USB-C connectivity, and include a magnetic Smart Connector.

END_OF_DOCUMENT_TOKEN_TO_BE_REPLACED

A report earlier this year indicated that Apple was in the midst of developing a redesigned iPad mini with no Home button and slimmer bezels. Now, Bloomberg reports that the redesigned iPad mini is still on track for a release this fall, while Apple is also continuing work on a larger iMac with Apple Silicon inside.

END_OF_DOCUMENT_TOKEN_TO_BE_REPLACED

Get lifetime access to this highly-rated document scanner app for $40 (Reg. $199) 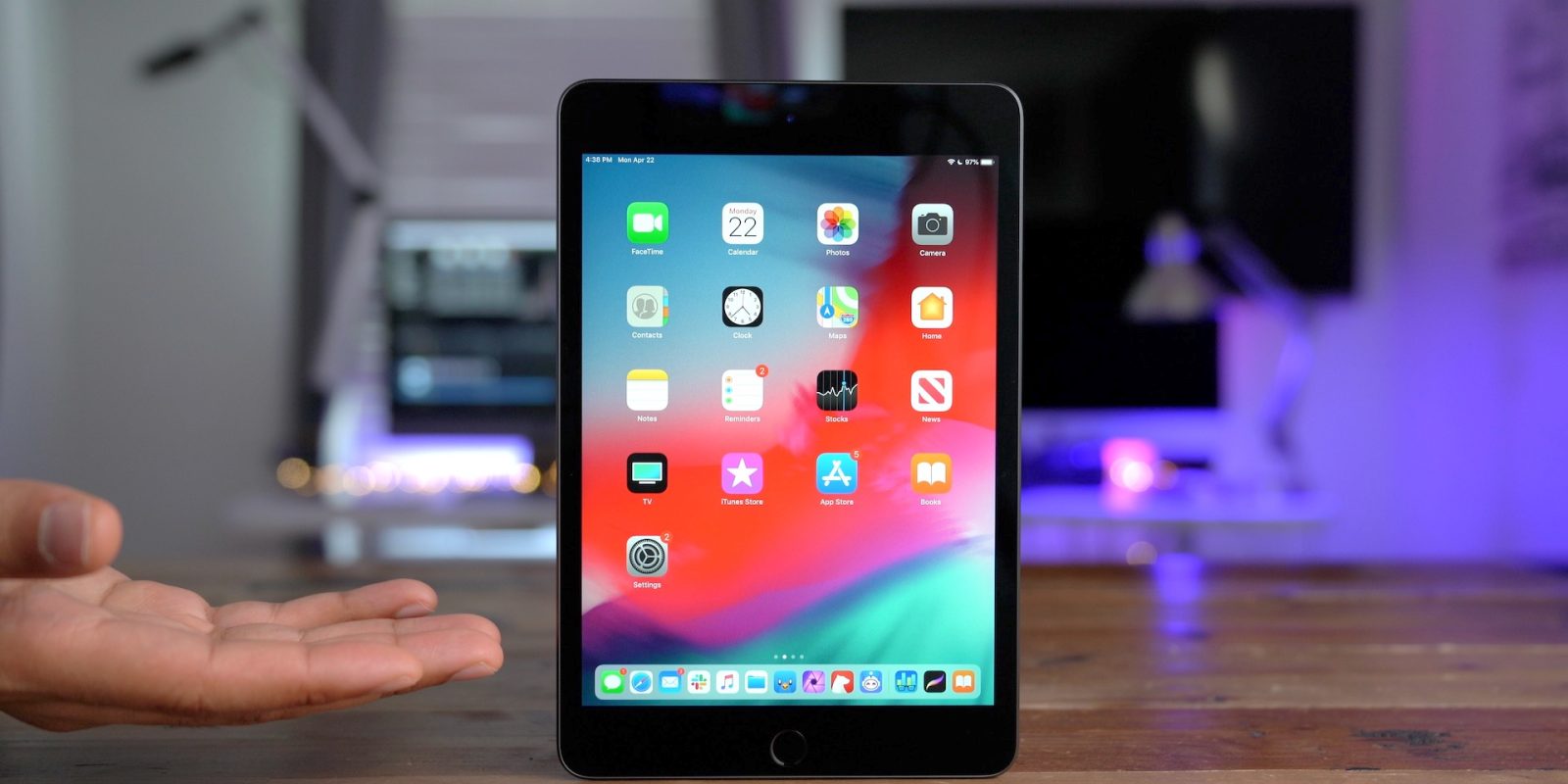 In a new report primarily focused on the redesigned iPad Pro, Bloomberg also sheds new light on what to expect from the iPad mini. The report says that Apple is planning a redesigned iPad mini with smaller bezels and without a home button for later this year.

END_OF_DOCUMENT_TOKEN_TO_BE_REPLACED 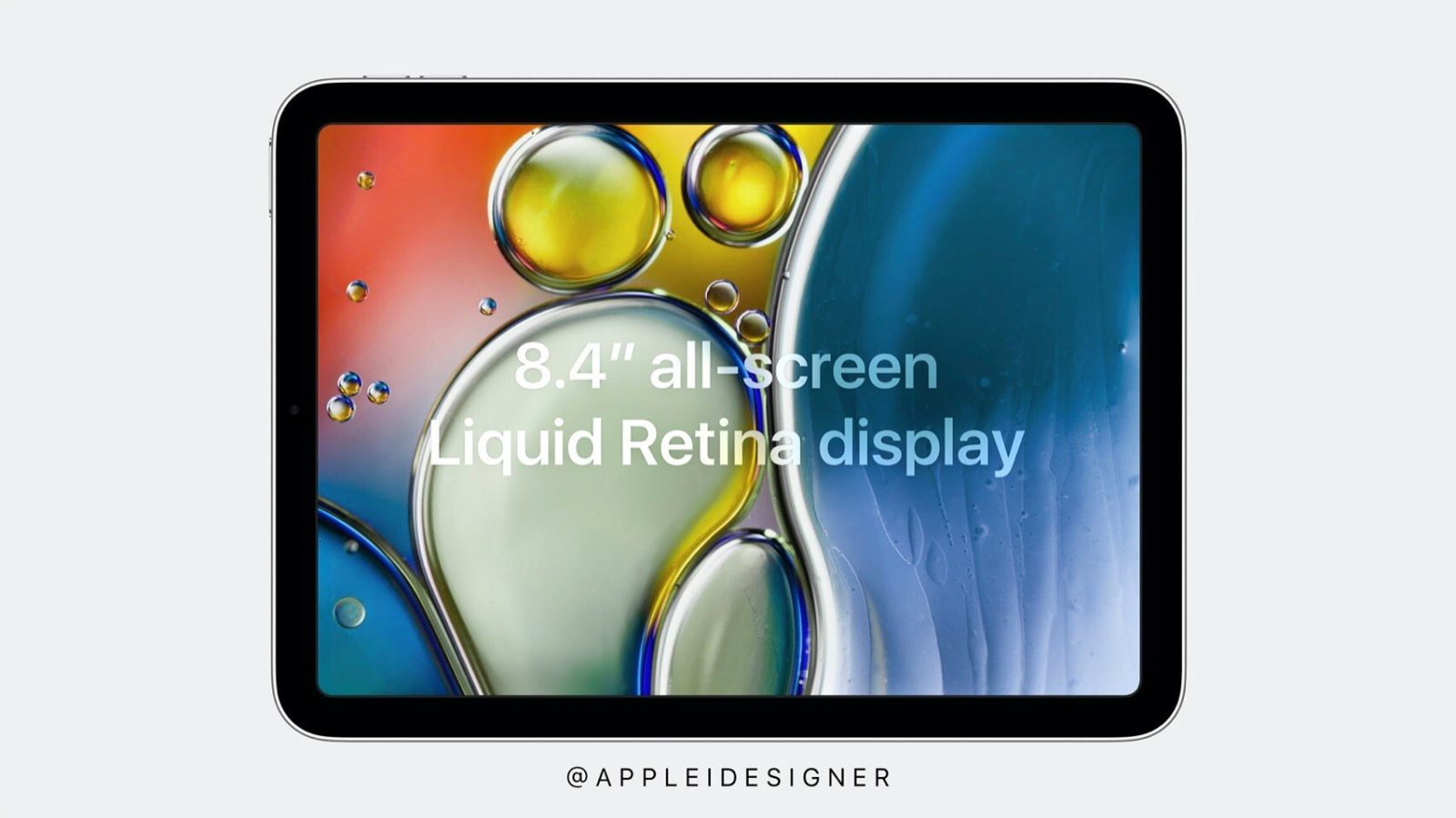 Rumors have been swirling around for months about a redesigned iPad mini with thinner bezels and a design inspired by the iPad Pro. Concept artist Michael Ma, otherwise known as Apple iDesigner, has created some beautiful renderings of what this product might look like.

END_OF_DOCUMENT_TOKEN_TO_BE_REPLACED 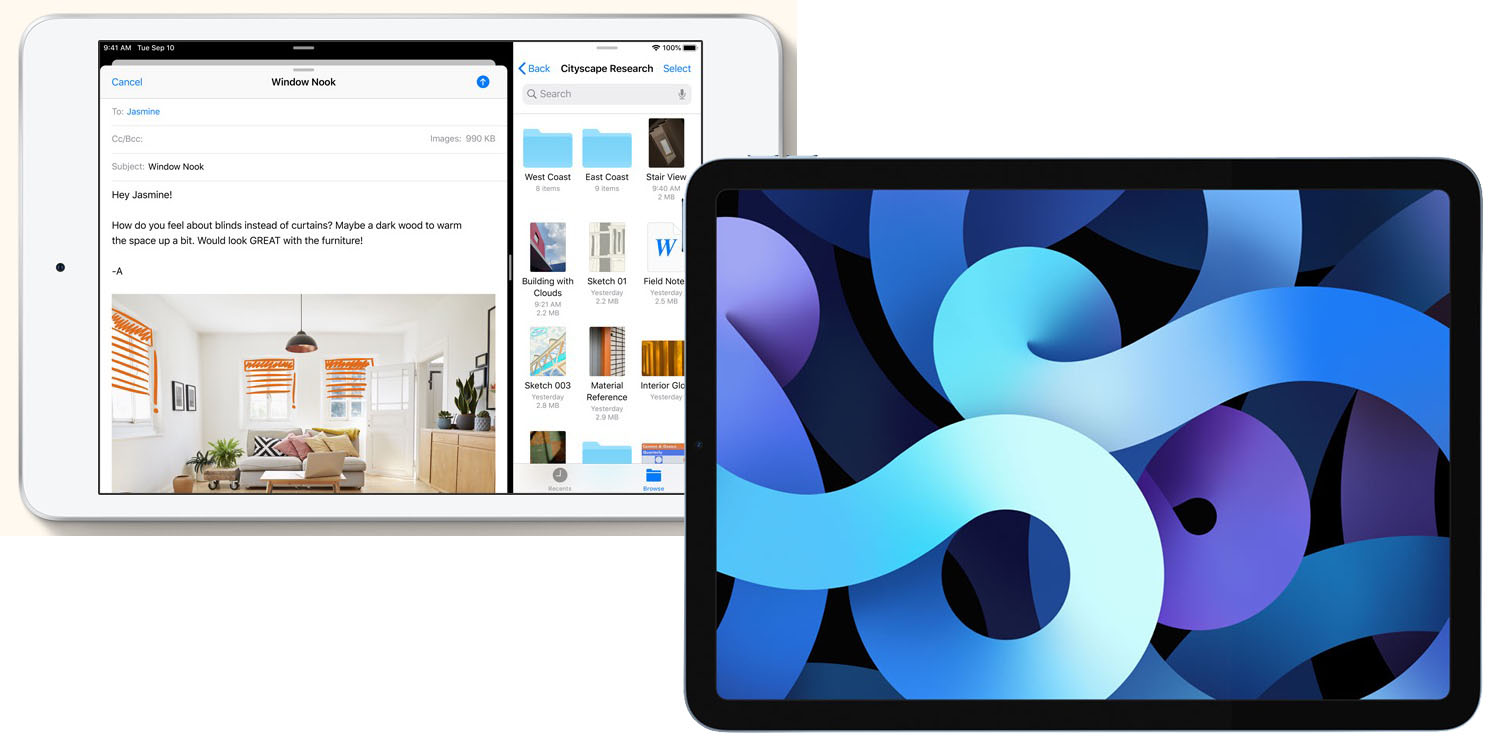 Apple analyst Ming-Chi Kuo said last year that we can expect a 2021 iPad mini in the first half of this year, but a sketchy report today gives it a new twist.

Some of what is suggested aligns with what we’ve heard before, but a Korean blog suggests that it will be billed as an iPad mini Pro…