First impressions: The new iPad mini is the perfect size and it packs a serious punch 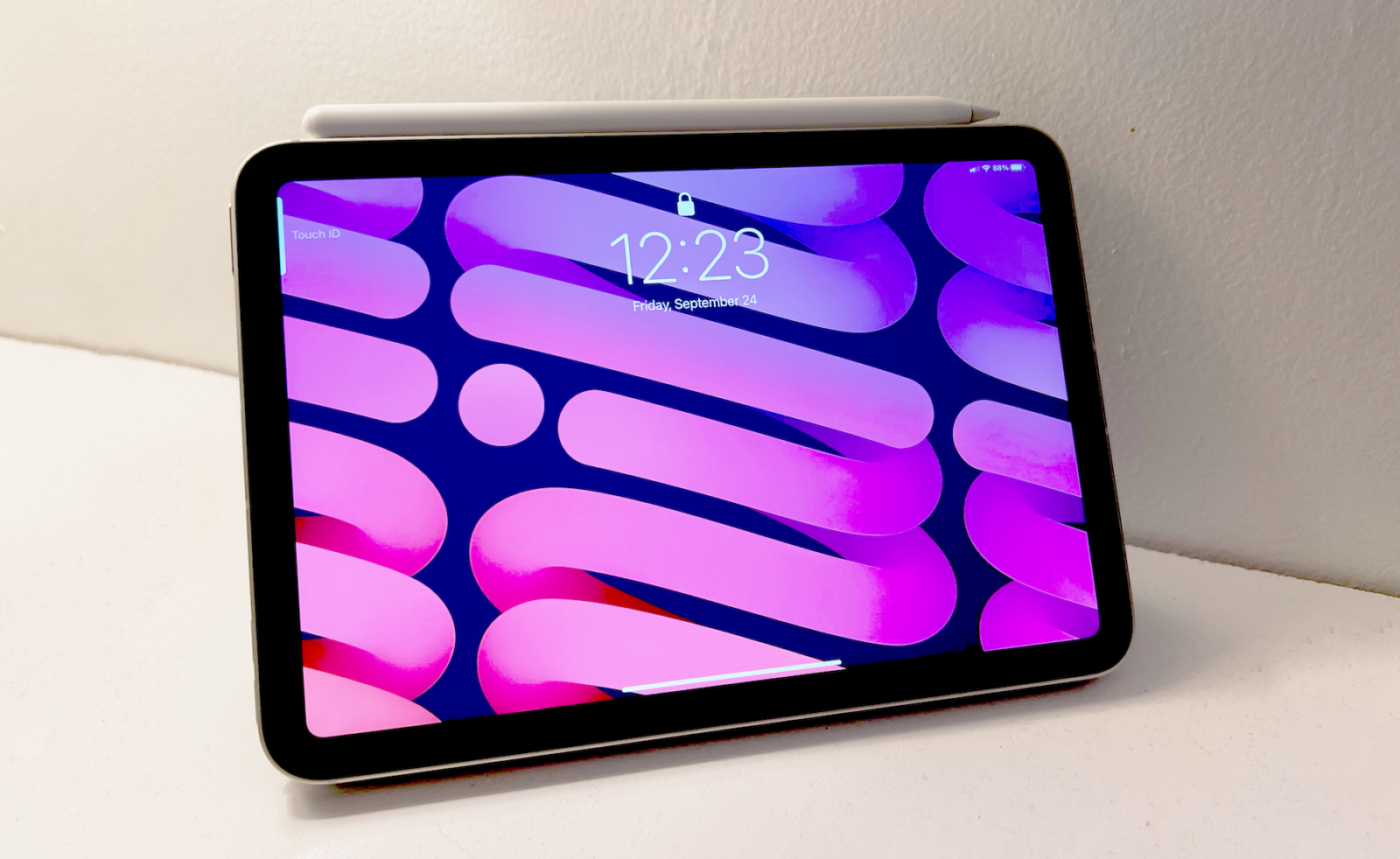 I’ve only spent a few hours with the new iPad mini, but I can confidently say that it’s fantastic. It’s not perfect, no product is, but Apple has done something wonderful with the iPad mini this generation. These are my first impressions of using the 6th generation iPad mini on launch day.

First off, the iPad mini is the perfect size. It’s smaller than the previous generation and you can feel it. I would say the closest thing to compare the new iPad mini to is a standard size Moleskine journal. I can comfortably hold it in one hand, although it’s trickier to do so when the Apple Pencil is stuck to the side.

The new iPad mini is not that much bigger than an iPhone 13 Pro Max. But don’t think this means owning both is duplicitous. This iPad mini is a major power house. Not only does it have the same A15 chip that’s inside the iPhone 13 Pro, it runs iPadOS instead of iOS. The new iPad mini feels like what an iPhone would feel like if it could fold open like a book. You can also of course use apps in split view, throw one app on top of another with slide over, write text with scribble, and more.

iPadOS on a small scale

Modern versions of iPadOS are heavily focused on productivity, and iPad mini is by no means a “productivity device.” You’re not going to want to write long papers or articles on it or do serious vector design work. But I’m already loving the experience of watching video on it. It’s super light in the hand and makes it easy to view at just about any angle.

iPadOS widgets are super tiny on iPad mini, so are Home Screen icons. There’s nothing really wrong with that, but you should know what you’re getting. Luckily, the new “large app icons” setting for the Home Screen makes the experience much better.

Typing on the iPad mini is an absolute dream. I can easily and comfortably thumb type on it very quickly. It’s great for texting, taking a quick note, or sending off an email reply. Some apps aren’t quite optimized yet for the new display size of iPad mini. Apps like LinkedIn show black bars on the top and bottom. iPhone apps like Instagram feel great on iPad mini. They aren’t blurry and they scale quite nicely. You can also use iPhone apps in landscape mode now with iPadOS 15.

A great display, but not the best

The display on the new iPad mini is quite nice, but it’s not Apple’s strongest offering. The best things about it are the wide color gamut and the ultra-dense pixels. The biggest knock against it is that it doesn’t get quite bright enough for my taste. I know that I’ll adjust to it quickly, but out of the box it’s very apparent that this display is inferior in terms of brightness to the iPad Pro. Fortunately, though, it’s on par with the iPad Air. So if you regularly use one of those, you won’t notice a difference.

I’m not going to knock the iPad mini for not having ProMotion. It’s clear that Apple is reserving that as a “pro” feature both on iPad and iPhone for the time being. It’s not an issue, iPadOS still feels incredibly smooth. But you will notice it’s missing if you use one of the new iPhone 13 Pro models or an iPad Pro.

The volume buttons being on the top of iPad mini isn’t a huge deal. But it does make taking screenshots a tad tedious. It requires two hands rather than one on the iPad Air and iPad Pro.

The speakers are tremendous. They’re loud, have good bass, and sound really nice. For a device this thin and small, the speakers are impressive. Not quite as impressive as the iPad Pro, but still very good.

The three new colors that Apple has chosen for the iPad mini are really interesting. I’m not quite sure how I feel about them yet. I got the starlight model and I can confidently say it feels like a dirty silver. It’s very clearly gold in some lighting and very clearly silver in others. The purple and pink colors are nice but not punchy enough in my opinion. Space gray is space gray, not much else to say.

The new iPad mini is available now both in-stores and online. It starts at $499 with 64GB of storage and Wi-Fi. You can go up to 256GB or add 5G connectivity, although that significantly increases the price. It comes in four colors: starlight, space gray, pink, and purple.