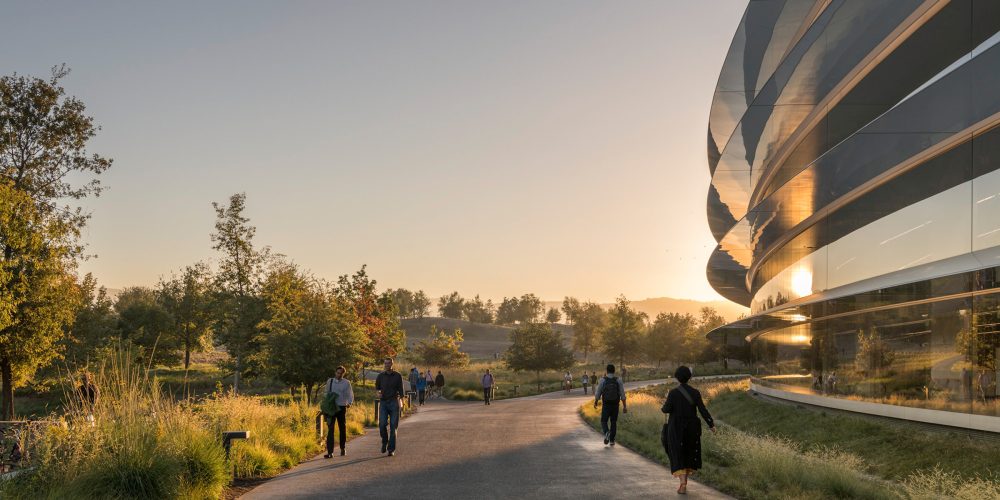 AAPL is a California-based computer company that became the most successful smartphone company in the world.

Here’s how Apple defines itself:

Apple revolutionized personal technology with the introduction of the Macintosh in 1984. Today, Apple leads the world in innovation with iPhone, iPad, Mac, Apple Watch, and Apple TV. Apple’s five software platforms — iOS, iPadOS, macOS, watchOS, and tvOS — provide seamless experiences across all Apple devices and empower people with breakthrough services including the App Store, Apple Music, Apple Pay, and iCloud. Apple’s more than 100,000 employees are dedicated to making the best products on earth, and to leaving the world better than we found it.

From Apple I to iMac

Apple was founded in 1976 by Steve Jobs (Steve), Steve Wozniak (Woz), and (briefly) Ronald Wayne as a business partnership: Apple Computer Company. The following year it became Apple Computer, Inc. The company’s first product was the Apple I, a personal computer hand-built by Woz and sold in part-completed kit form. The Apple II and Apple III followed.

The modern Apple as we know it today began in 1983, with the launch of the first personal computer with a graphical user interface, the Lisa. Way too expensive to succeed, it was replaced by the Macintosh in 1984, launched with the single showing of a Ridley Scott commercial during the Super Bowl. The Macintosh transformed the world’s understanding of what a computer was, and would eventually lead to Microsoft adopting the GUI approach.

Steve Jobs and then Apple-CEO John Scully fell out in 1985, when Steve wanted to focus on the Macintosh while Scully wanted to put more attention on the Apple II, which was still selling well. That led to Steve being forced out of the company and going off to form NeXT.

Apple focused on selling Macintosh models at the highest possible margins, but would eventually fall foul of a mix of unsustainable pricing in the face of competition from Windows machines, and an overly complex product lineup. By 1996, the company was in trouble, and in 1997 Steve was brought back, along with the NeXT operating system, which would eventually form the basis of Mac OS X.

Steve simplified the Mac lineup and had industrial designer Jony Ive work on a whole new look for a consumer desktop Mac, the colorful iMac. The iMac, like the original Macintosh, again changed the world’s understanding of what a computer was, and who should want one.

In 2001, Apple launched the iPod. Although this wasn’t the first mp3 player, it was massively better than anything on the market at the time, and succeeded in turning a geeky piece of technology into a consumer electronics product with mass-market appeal.

The success of the iPod paved the way into other mobile devices. Apple was working on what would eventually become the iPad, when Steve realized that this was the basis of a smartphone. He diverted the team’s work into this, to launch the iPhone in 2007. The iPad launched later, in 2010.

The iPhone was yet another transformational product. While most other smartphones of the time were clunky devices with a keyboard and stylus, the iPhone was a sleek-looking device operated with a finger, and so simple that no user guide was needed. It was with the launch of the iPhone that Apple Computer, Inc. was renamed to Apple, Inc.

From Intel to Apple Silicon

While the iPhone, iPad, Apple Watch, and more are made with Apple-designed processors, the Mac lineup has historically relied on third-party companies for its CPUs. Over the years, Macs progressed from Motorola 680000 series chips through PowerPC to Intel.

In 2020, Apple began a two-year transition to the final stage in that journey, with Macs too finally getting Apple-designed chips. The first such is the M1 chip, used in the latest Mac mini, MacBook Air, and 13-inch MacBook Pro. Other Apple Silicon Macs followed.

Apple is one of the largest companies in the world. It was the first publicly traded company to hit a trillion-dollar valuation in 2018, $2 trillion in 2020, and $3T in 2022.

In addition to hardware sales, Apple derives a growing proportion of its income from Services, including the App Store, iCloud, Apple Music, and Apple Pay. 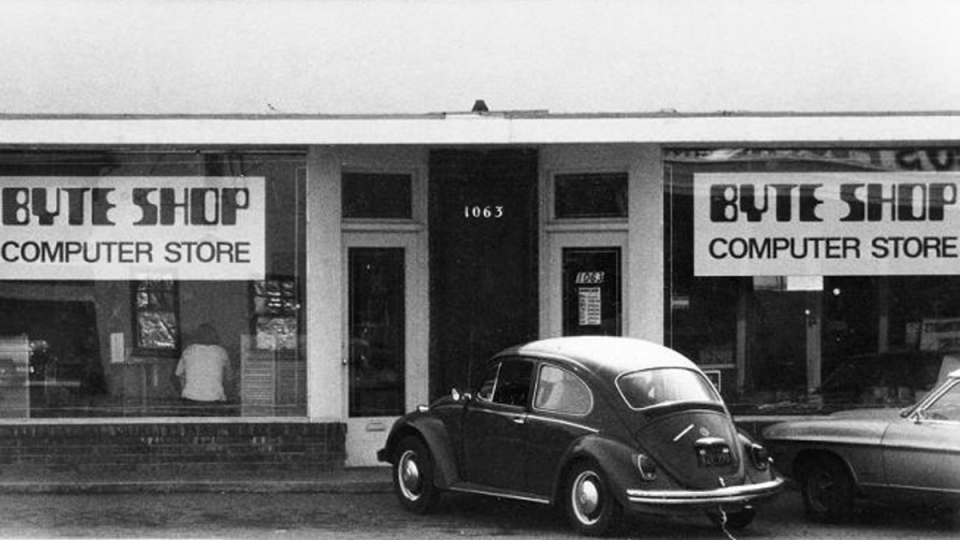 On this day 47 years ago, Paul Terrell opened the Byte Shop, one of the world’s first personal computer retail stores and famously known for ordering the first rudimentary computers from Steve Jobs and Steve Wozniak’s newly formed company, Apple Computer.

END_OF_DOCUMENT_TOKEN_TO_BE_REPLACED

Apple yesterday announced a range of new security technology for its platforms, including the expansion of end-to-end encryption to additional iCloud data types. In response to that announcement, however, Apple is already facing criticism from the FBI, which said that it is “deeply concerned with the threat end-to-end and user-only-access encryption pose.”

END_OF_DOCUMENT_TOKEN_TO_BE_REPLACED 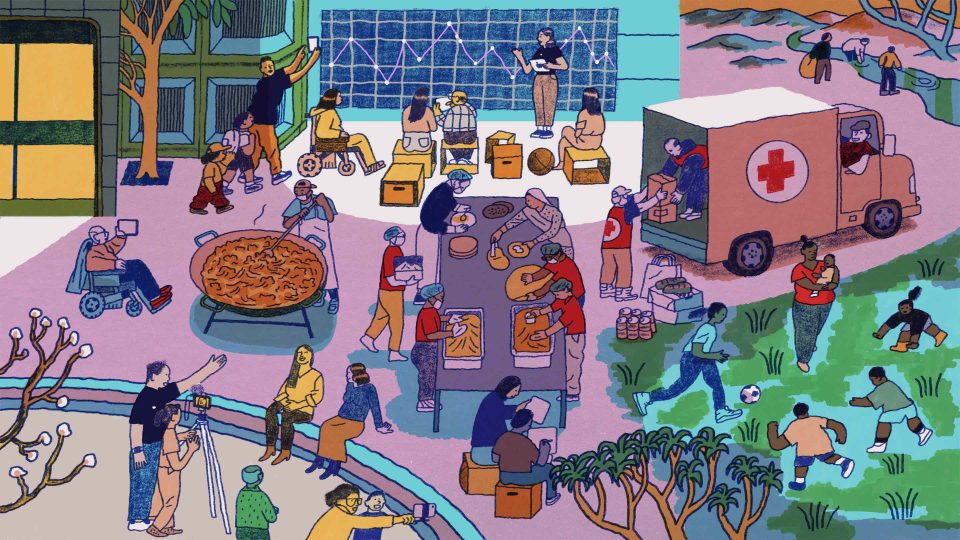 As the year comes to a close, Apple has shared an update on its Employee Giving program that’s making a big impact around the world through both direct donations and time from over 76,000 volunteers. The company also shared stories about how the efforts are making the world a better place.

END_OF_DOCUMENT_TOKEN_TO_BE_REPLACED

Android 13 is rolling out to the Asus Zenfone 9

END_OF_DOCUMENT_TOKEN_TO_BE_REPLACED 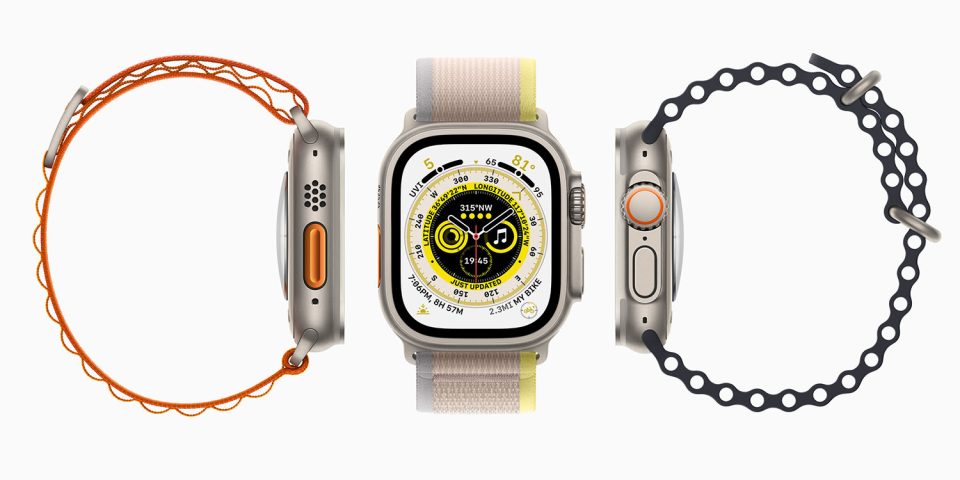 An Apple patent battle with healthtech company AliveCor has been won by the Cupertino company, likely saving the Apple Watch from a potential import ban next week.

It’s a big step forward for Apple, but doesn’t end the legal fight between the two companies …

END_OF_DOCUMENT_TOKEN_TO_BE_REPLACED

Apple Silicon made in America – explaining the conflicting reports [Comment]

Apple CEO Tim Cook said yesterday that TSCM Arizona plants would see Apple Silicon made in America. This appeared to contradict earlier reports that the US plants would always remain a step behind the most advanced chip tech TSMC uses in Taiwan.

On the face of it, Cook’s statement would seem to trump earlier “inside source” reports – but the stated timings are problematic, leaving open two distinct possibilities …

END_OF_DOCUMENT_TOKEN_TO_BE_REPLACED

Tim Cook introduces TSMC Arizona factory: ‘These chips can be proudly stamped Made in America’

As expected, Apple CEO Tim Cook paid a visit to Arizona today, where he toured the upcoming TSMC semiconductor plant alongside President Joe Biden. During remarks at the event, Cook confirmed that TSMC will manufacture chips for Apple at this new TSMC plant, saying that the chips will be “proudly stamped ‘Made in America’.”

END_OF_DOCUMENT_TOKEN_TO_BE_REPLACED 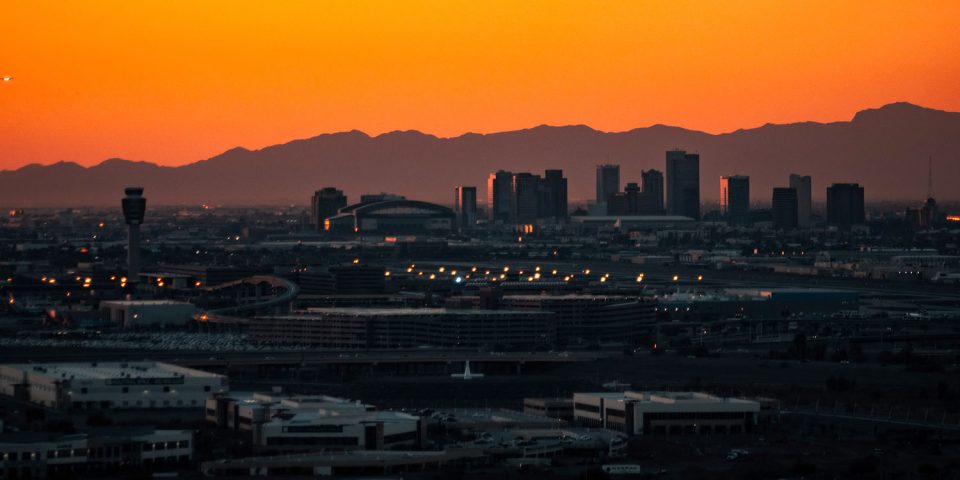 Later today, Apple CEO Tim Cook will be attending a celebratory event for the upcoming TSMC Arizona chip plants in Arizona. We’re now learning a little more about the company’s plans, including a tripling of the original investment.

However, it’s becoming even clearer that US-made chips are never going to rival those TSMC makes in its home country, Taiwan …

END_OF_DOCUMENT_TOKEN_TO_BE_REPLACED

Apple anti-union tactics used in Atlanta were illegal, says US labor board prosecutor 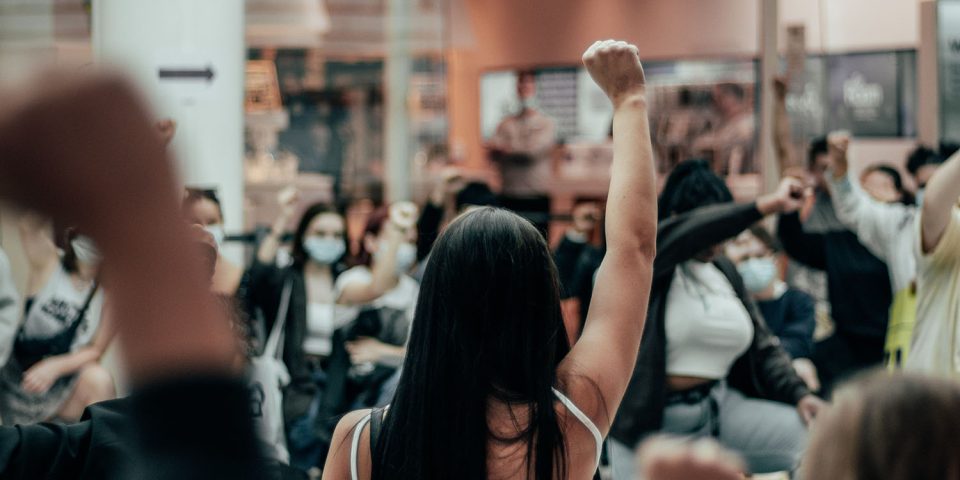 The National Labor Relations Board’s Atlanta regional director has concluded that Apple anti-union tactics deployed in the Atlanta store broke the law. The company’s actions led to a planned unionization bid being abandoned after what was described as “intense union-busting” by Apple.

END_OF_DOCUMENT_TOKEN_TO_BE_REPLACED

Microsoft wants to ramp up its mobile efforts with a new “super app” for iPhone that would combine a number of different features into a single app. According to The Information, Microsoft’s hope is that such an app would help it break further into mobile search, which is currently dominated by Apple and Google.

END_OF_DOCUMENT_TOKEN_TO_BE_REPLACED

Apple Self Service Repair launches in UK, Germany, and six other countries 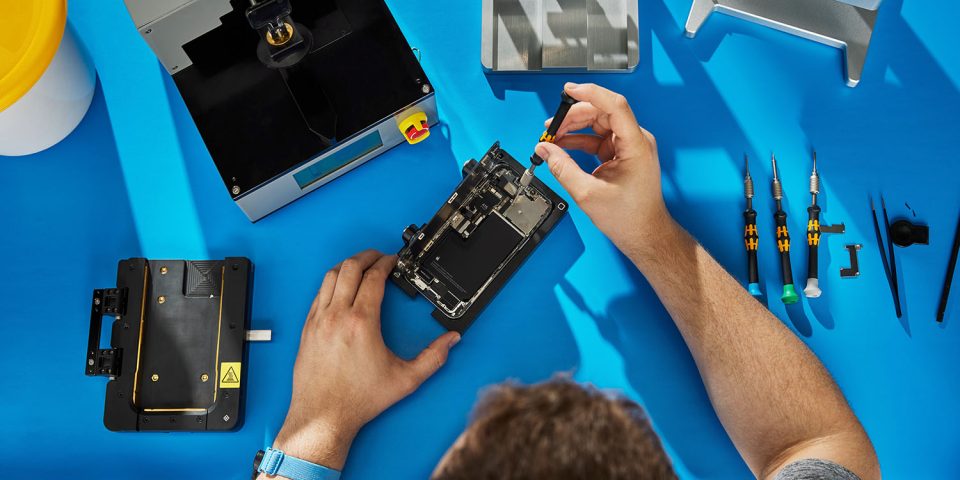 The Apple Self Service Repair program has now launched in eight more countries, following the initial US-only debut back in April.

END_OF_DOCUMENT_TOKEN_TO_BE_REPLACED

As it looks to significantly reduce its reliance on China, the company is reportedly exploring moving some iPad production to India. CNBC says Apple is having “ongoing discussions with officials” about producing the iPad in India, though “no concrete plans have been made.”

END_OF_DOCUMENT_TOKEN_TO_BE_REPLACED 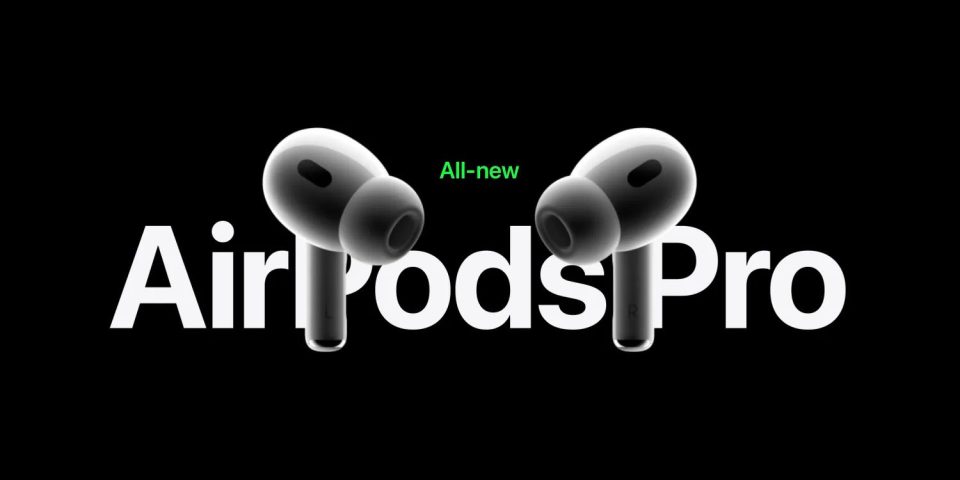 Apple substantially grew its already-strong lead over the rest of the market during Q3, as second-placed Samsung saw its Galaxy Buds shipments fall by 25% …

END_OF_DOCUMENT_TOKEN_TO_BE_REPLACED

Apple Q1 2023 revenue will be badly hit, as iPhone production a month away from normal 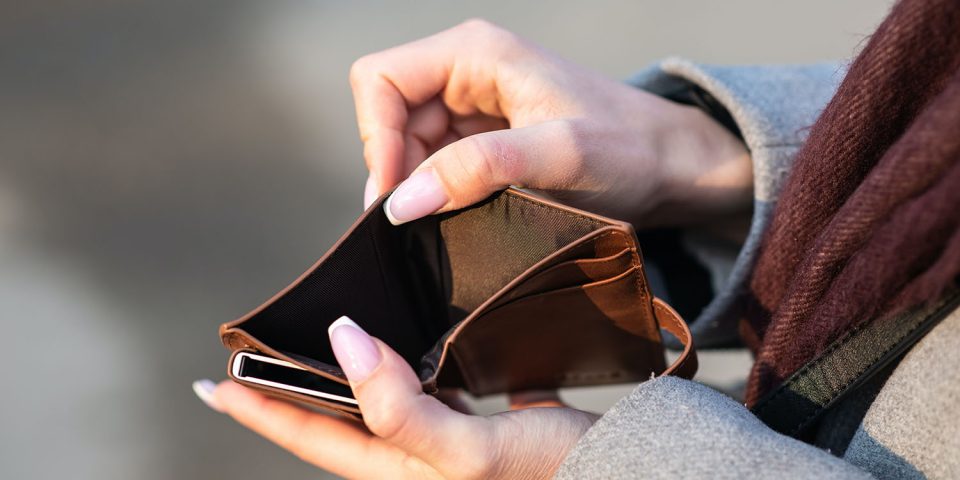 Apple Q1 2023 revenue seems certain to be badly hit following disruption to iPhone 14 production, with a Foxconn source today saying that production is not expected to return to normal levels until late December, or early January.

The company says that the COVID-19 outbreak within its biggest plant has now been “brought under control,” but did not give any official timeline for restoring full production …

END_OF_DOCUMENT_TOKEN_TO_BE_REPLACED 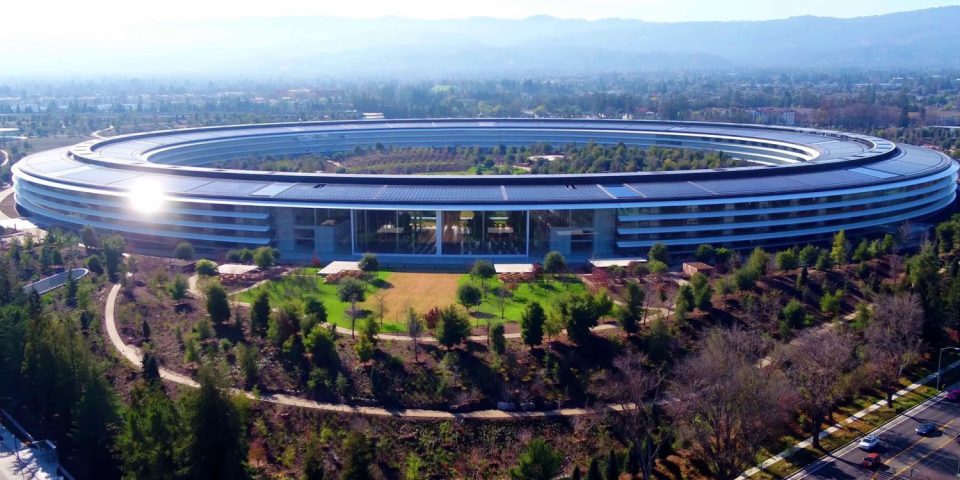 During a Twitter Space this evening, Elon Musk confirmed that Apple has “fully resumed advertising” on Twitter. This comes less than a week after Musk publicly shamed Apple for having “mostly stopped advertising on Twitter” and questioned if the company hated “free speech in America.”

END_OF_DOCUMENT_TOKEN_TO_BE_REPLACED 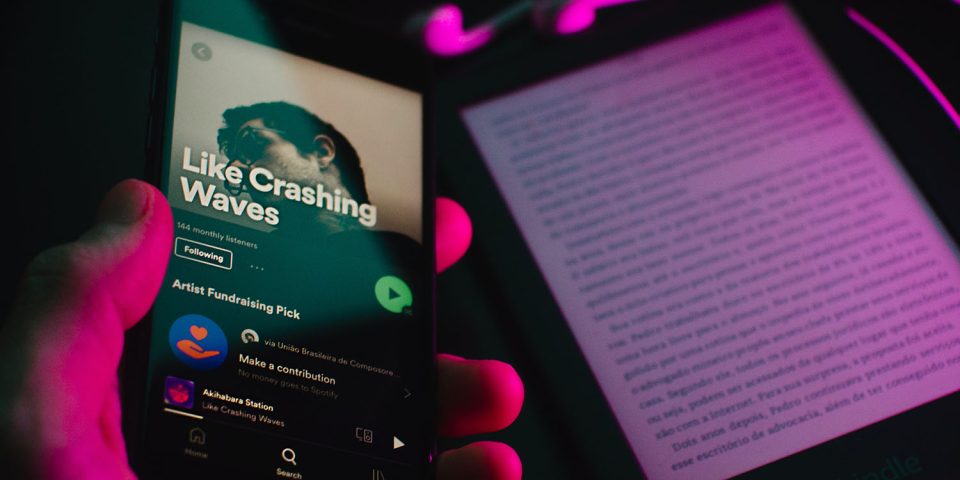 It’s not just Elon Musk using Twitter to complain about Apple (even if Tim Cook is now his new bestie): Spotify CEO Daniel Ek has tweeted a lengthy thread about his views on the Cupertino company.

He claims that Apple doesn’t care about consumers, courts, or the law – only its own interests …

END_OF_DOCUMENT_TOKEN_TO_BE_REPLACED

Apple will use US chips from TSMC’s Arizona plant; Tim Cook attending event 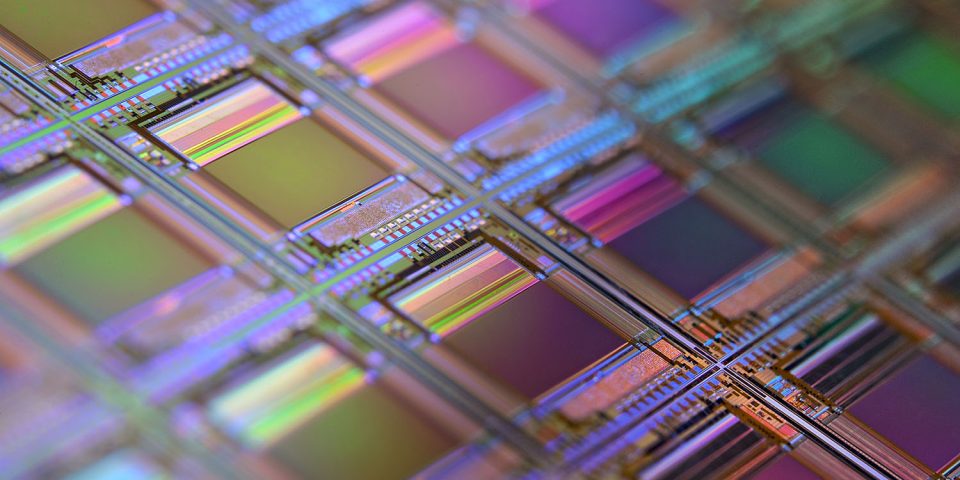 Apple will definitely use US chips made in TSMC’s Arizona plant, according to a new report today, which says that around a third of chips made there will be for the iPhone maker. Additionally, the plant’s capabilities will be boosted to 4nm chips, rather than the 5nm plans originally announced.

There have long been indications that Apple would be a key customer, and it appears that all doubt will be removed next week, as Tim Cook is said to be attending a TSMC event on Tuesday …

END_OF_DOCUMENT_TOKEN_TO_BE_REPLACED

Following Elon Musk calling out Apple and Tim Cook over a drop in advertising spend on Twitter, its 30% App Store fee, and more, there’s been a shift. This afternoon, Musk tweeted a thank you to the Apple CEO for a tour of the company’s “beautiful HQ.”

END_OF_DOCUMENT_TOKEN_TO_BE_REPLACED 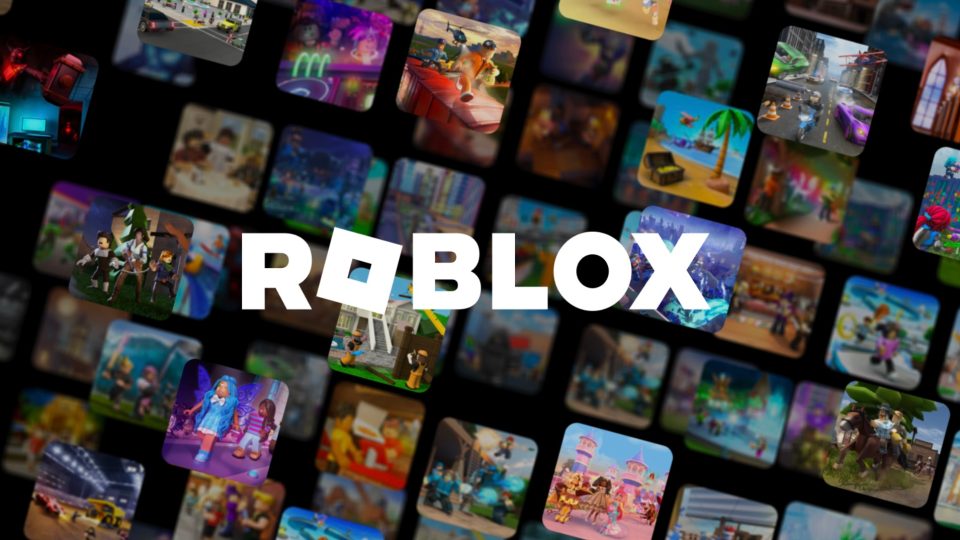 Apple’s engineering VP that’s been responsible for leading efforts like CarPlay and Group FaceTime is leaving the company. John Stauffer is set to start his new role as VP of engineering at Roblox after more than two decades at Apple and 14 years as an executive.

END_OF_DOCUMENT_TOKEN_TO_BE_REPLACED 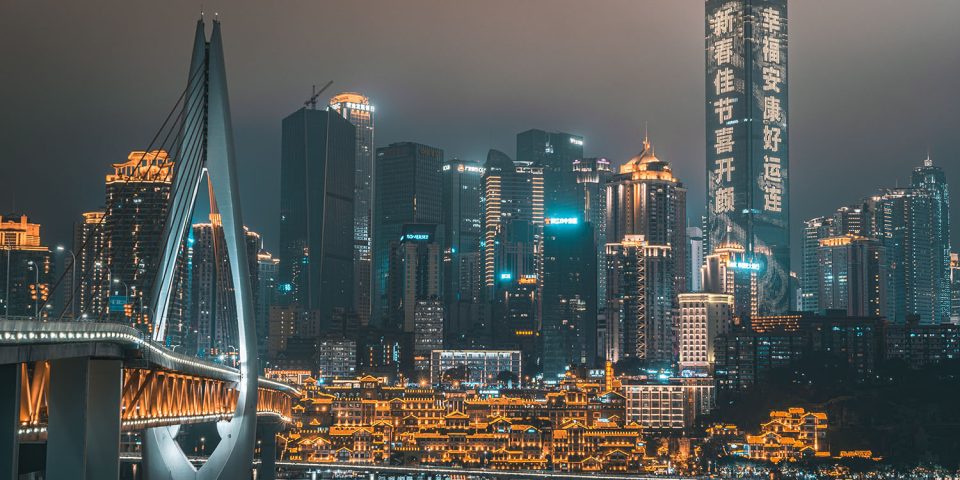 Apple’s dependence on China has never been brought into sharper focus than now, with COVID-19-related disruption at the biggest iPhone assembly plant costing the company an estimated billion dollars per week.

A new report says that the company’s efforts to diversify production have continued to make progress, but that iPhone production remains hugely dependent on China …

END_OF_DOCUMENT_TOKEN_TO_BE_REPLACED

Apple has been sued after last week’s fatal Apple Store crash in Hingham, Massachusetts, in which one person was killed, and 20 others were injured, some of them seriously …

Android 13 is rolling out to the Asus Zenfone 9 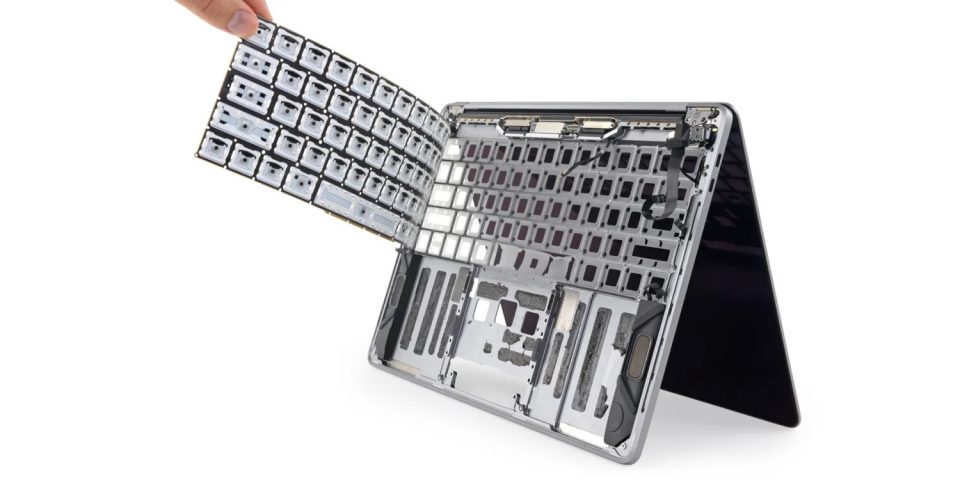 The butterfly keyboard lawsuit has been resolved after a judge approved Apple’s proposed payouts to owners of MacBook, MacBook Air, and MacBook Pro models with the faulty keyboard design.

Owners whose machines required repair are set to receive compensation that ranges from $50 to $395, depending on the extent of the work needed. However, the payouts will be made only to those who purchased their MacBooks in US states covered by the class action suit …

END_OF_DOCUMENT_TOKEN_TO_BE_REPLACED 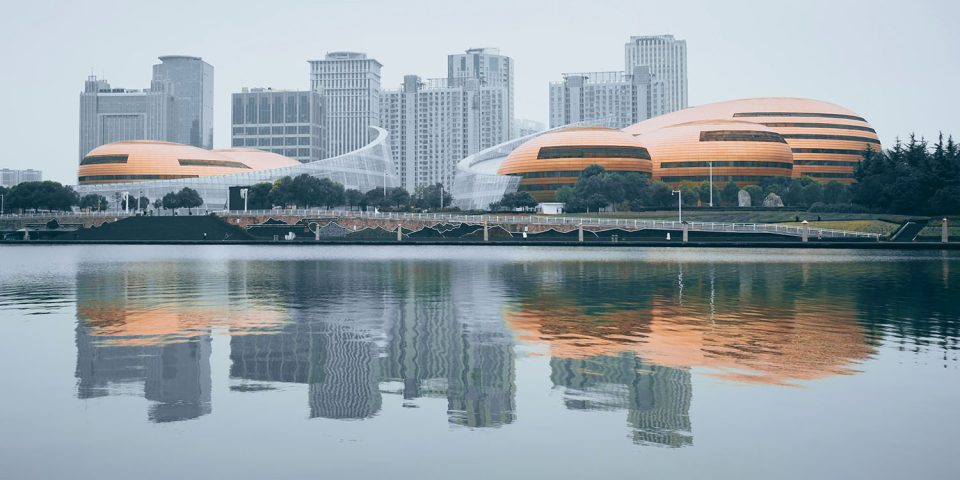 The iPhone City lockdown has ended, allowing free movement of residents and workers in Zhengzhou, China. The move will help relieve pressures at the Foxconn plant after a massive production disruption that is estimated to have cost Apple around a billion dollars a week in lost iPhone sales.

The ending of COVID-19 restrictions in the city will allow Foxconn to exit the closed-loop production process, which has been a key factor in the plant’s recent troubles …