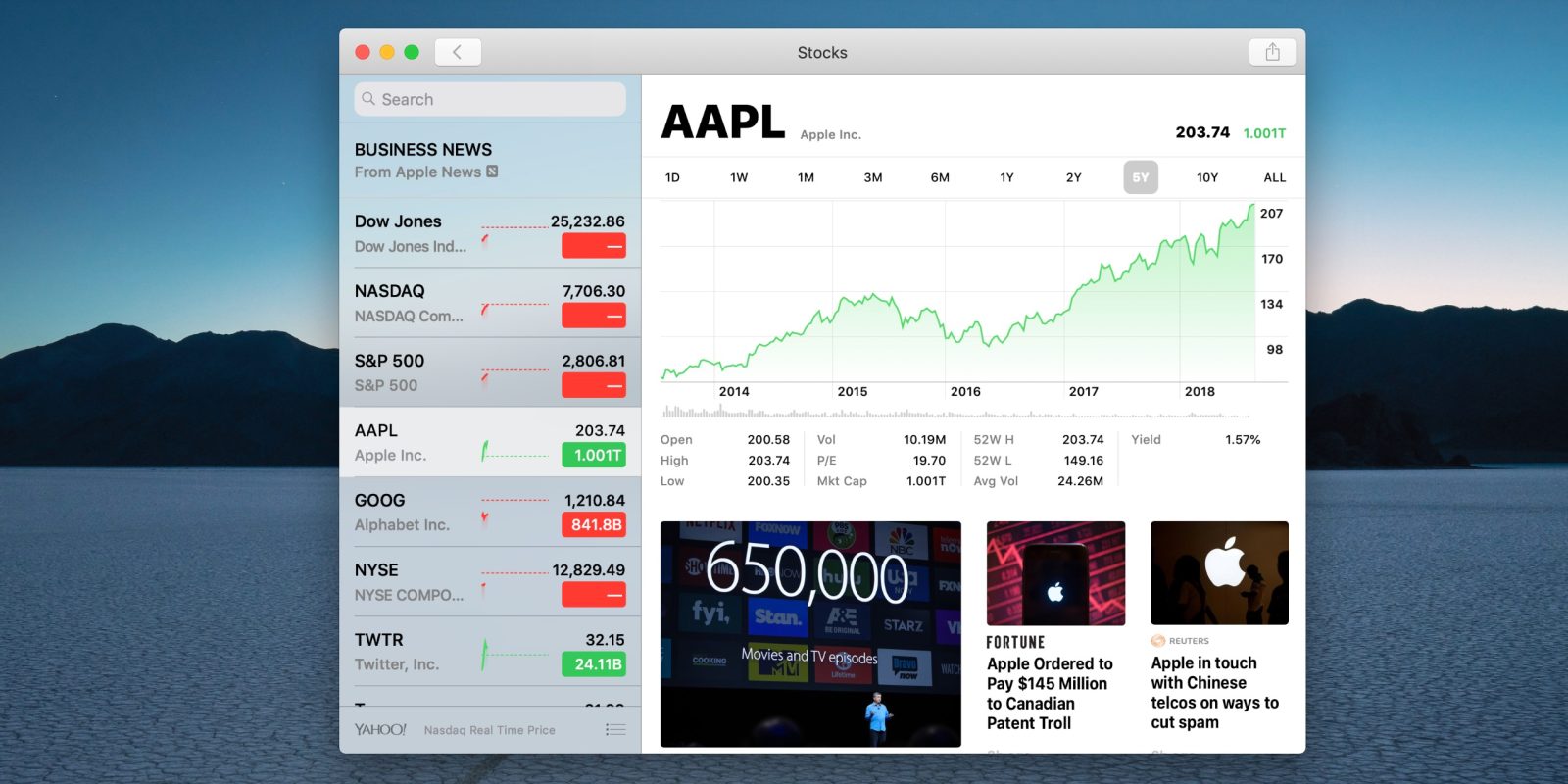 Update: 11:49 AAPL has now passed the $1T mark and is the world’s first trillion dollar company.

Apple has succeeded in becoming the first public company to hit a trillion dollars … almost. Due to a recent change in the count of total available shares, Yahoo is reporting that Apple has already hit the $1tn mark.

Google Finance reports Apple is at about a $950 billion market cap right now — although that isn’t completely accurate either. With the updated share count, Apple stock has to cross the $207.05 level to officially reach the milestone, as explained by CNBC yesterday.

The company revealed an adjusted outstanding share count of 4,829,926,000Wednesday alongside the company’s third-quarter results. That factors in hefty stock buybacks and nudged the trillion-dollar per share price to $207.05.

Apple uses Yahoo Finance data for its own Stocks app, which is also what Siri uses for its data. So if you ask Siri for Apple’s market cap right now, it will proudly state AAPL is at $1 trillion.

Market cap is the number of shares multiplied by the current stock price. Due to Apple’s share buyback program, the exact market cap calculation is difficult to know exactly. Apart from Yahoo Finance, most people currently agree that Apple stock is just 2% shy of the magic line.

Google Finance reports Apple market cap at $945 billion, which seems to account for the last bout of share buybacks, with a current share price of $203.64. An increase of just 1.7% would seal the deal, and AAPL would truly be considered a trillion dollar company by all outlets.

At the end of the day, market cap and stock price are financial matters that have very little influence on Apple’s actual product operations. It’s just a fun milestone … as investors look on to Apple’s next lineup of flagship iPhone models.