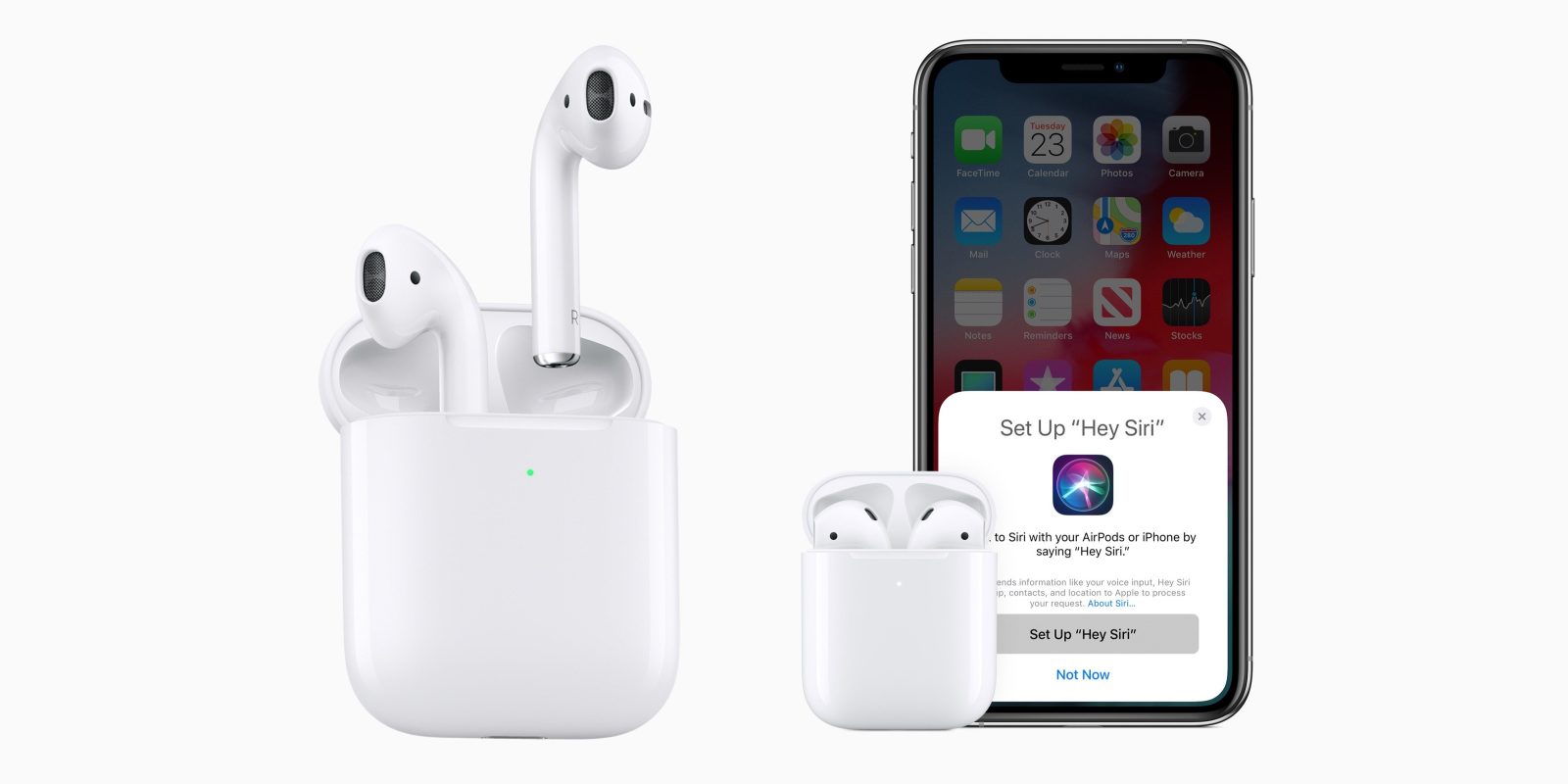 AirPods are Apple’s wireless, cord-free in-ear headphones, and were unveiled alongside the iPhone 7 on September 7, 2016. Priced at $159 they were originally announced to be available in late October, 2016, but were delayed until December 13.

They have a very similar form-factor to the company’s wired EarPods, with the obvious omission of a cable and the addition of Bluetooth connectivity. Despite this, early reports suggest that they are better at staying in your ears.

They offer Apple’s latest wireless pairing system, based on the W1 chip. They pair instantly, and that pairing propagates across all your Apple devices via iCloud. The secret sauce behind the new pairing system turned out to be all in the W1 chip in the headphones themselves, so it works with Bluetooth LE devices all the way back to the iPhone 5.

Version 2 moved away from the W1 chip to the new H1 chip to deliver up to 50 percent more talk time compared to the first generation. The H1 should also speed up switching between devices, with Apple saying version 2 should now connect two times faster. Version 2 also includes ‘Hey Siri’ support as well.

There are five major features that the Pro model has have that Version 2 don’t: 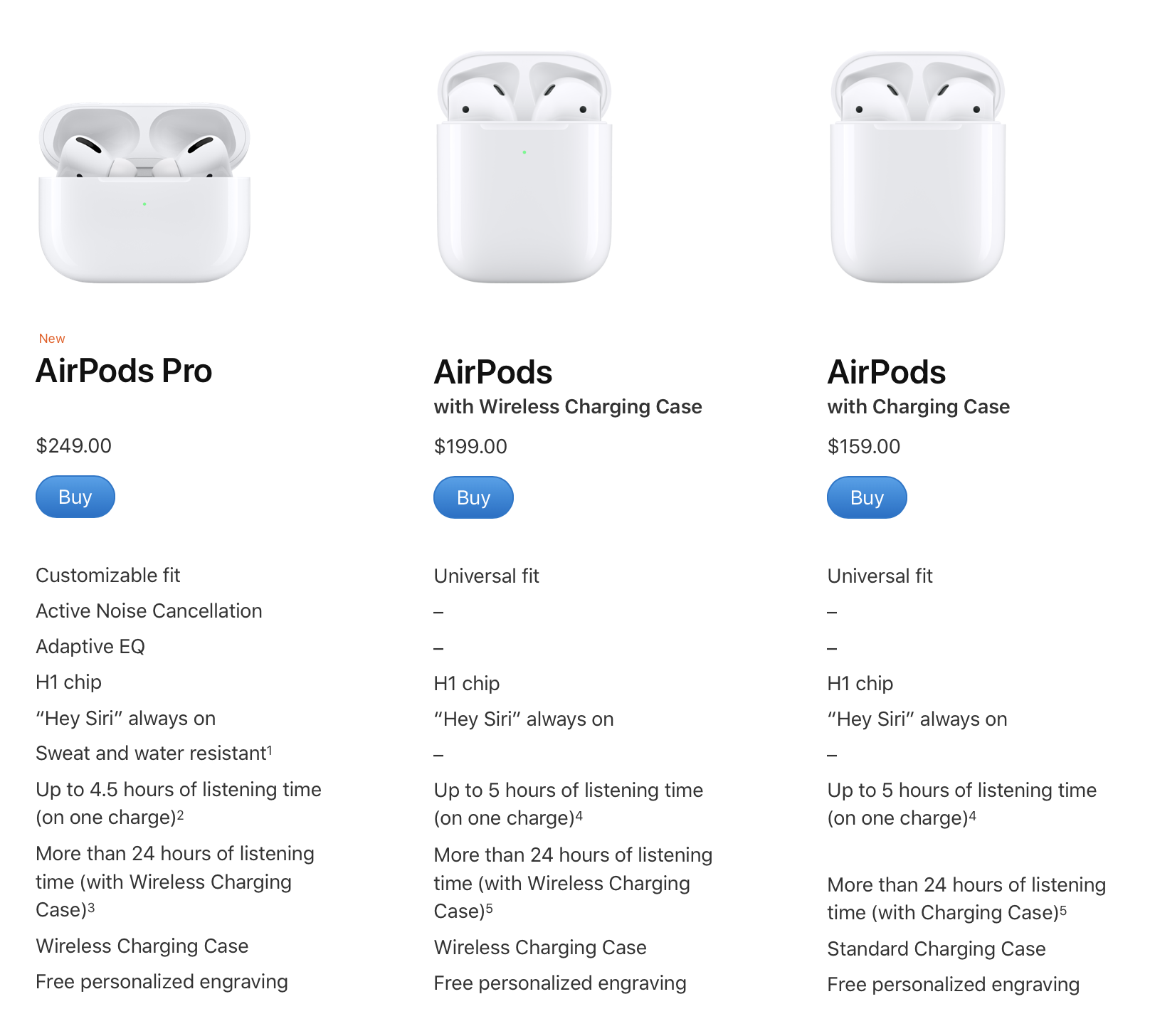 If you are looking for the latest deals on Apple products and accessories, be sure to visit 9to5Toys. 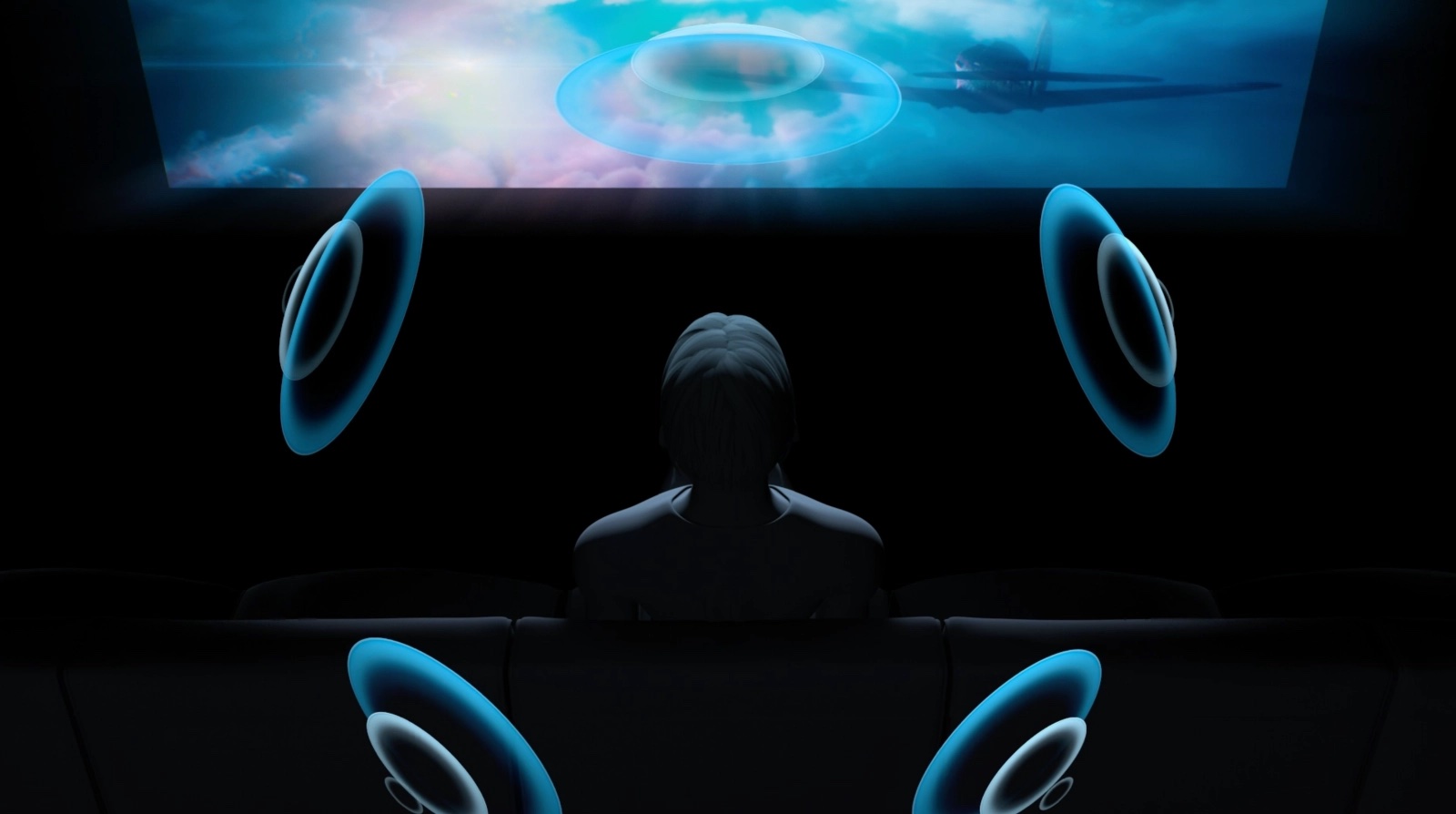 Netflix is reportedly quietly testing support for iOS 14’s new spatial audio functionality. According to a report from iPhoneSoft, citing an anonymous Netflix developer, the company has been testing spatial audio support on iPhone and iPad since December.

END_OF_DOCUMENT_TOKEN_TO_BE_REPLACED 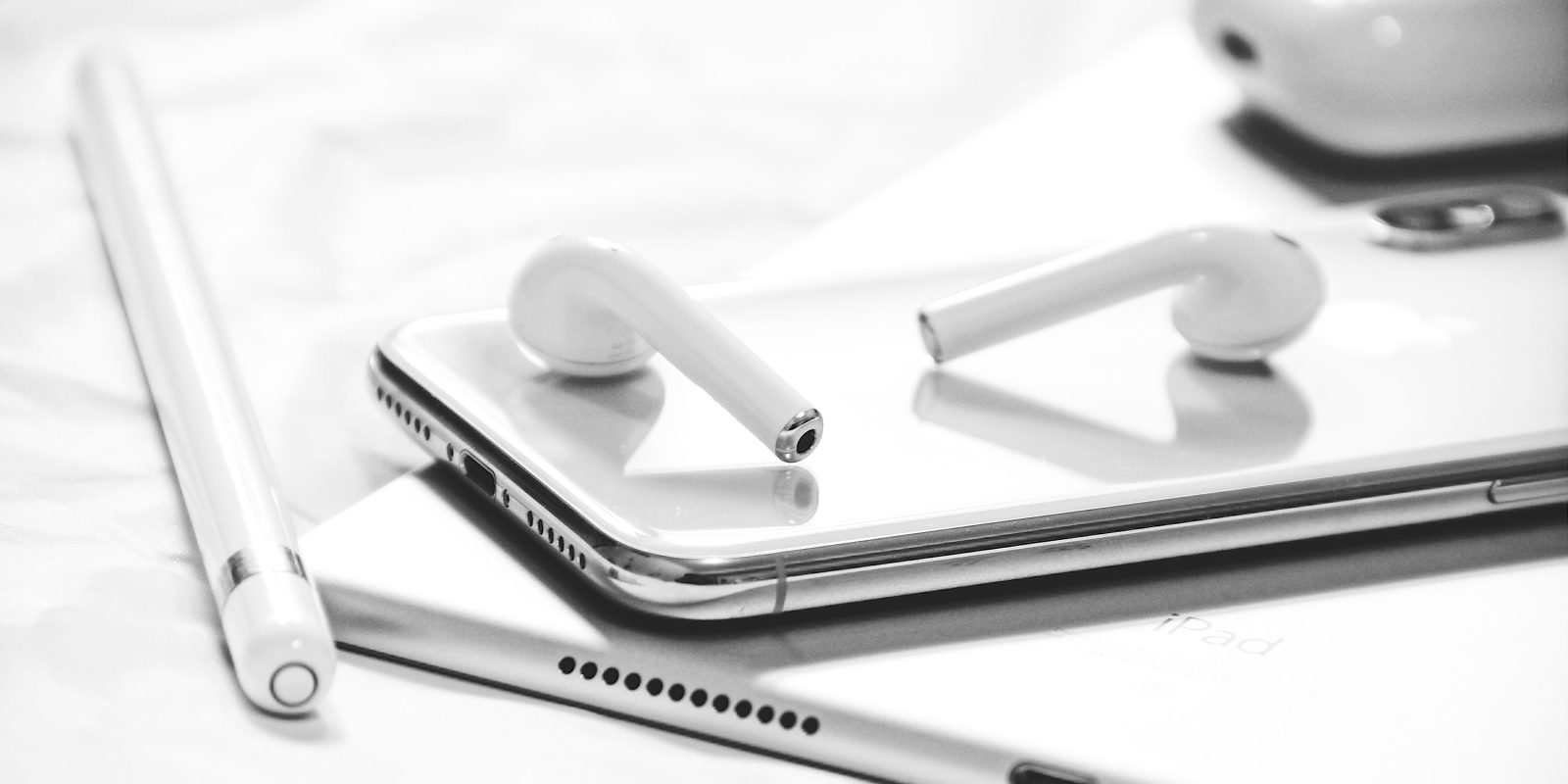 AirPods market share fell from 41% to 29% in the course of nine months, according to the latest Counterpoint data, but Apple remains well ahead of its nearest competitor, and most other big names remain in the 2-5% range.

END_OF_DOCUMENT_TOKEN_TO_BE_REPLACED

How to clean your dirty AirPods Pro and charging case

AirPods Pro have a different form factor compared to AirPods that includes an in-ear design. With that comes new parts to keep clean, and you’ll likely see them become dirtier than AirPods since they’re worn inside your ears. Even after a short time, AirPods Pro can get gunked up. Read on for how to clean your AirPods Pro and charging case. 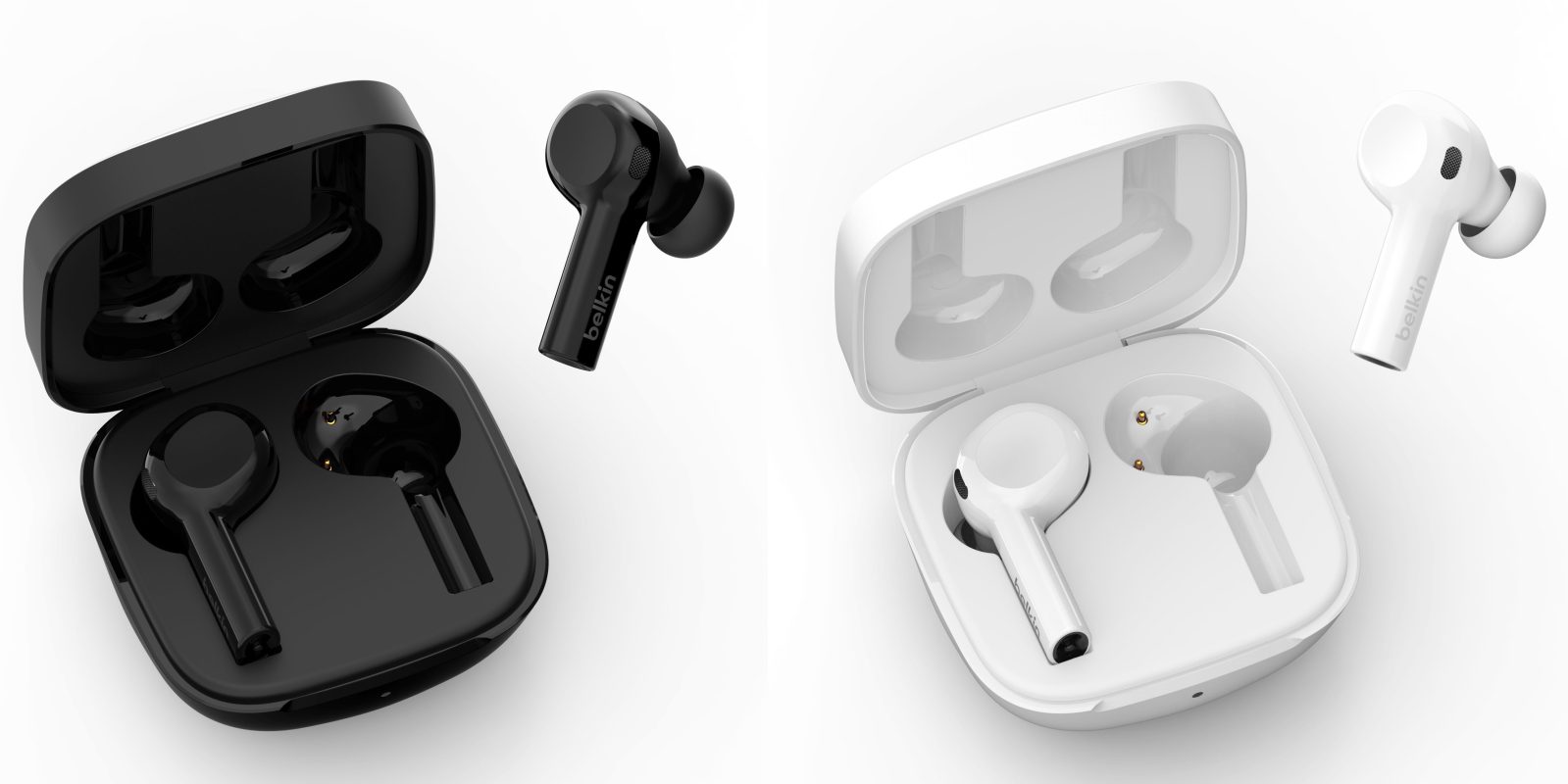 In addition to its new 2-in-1 wireless charger with MagSafe, Belkin has also announced new SoundForm truly wireless earbuds today. Most notably, these new earbuds integrate with Apple’s Find My application, making them one of the first third-party accessories to tap into Apple’s network.

END_OF_DOCUMENT_TOKEN_TO_BE_REPLACED

AirPods Pro: How to use Ear Tip Fit Test and change tips

AirPods Pro come with three different sets of ear tips for a customizable fit, and they also have a neat fit-test feature that uses the internal microphones to analyze whether you’ve picked the right ear tips. Read on for how to change AirPods Pro ear tips and run the Ear Tip Fit Test.

It’s not an Apple product launch if the new gadget hasn’t been scrutinized on Twitter for various — what often turn out to be edge case — issues. As for the company’s latest AirPods Max, some owners of the high-end headphones are now reporting an issue with condensation inside the ear cups…