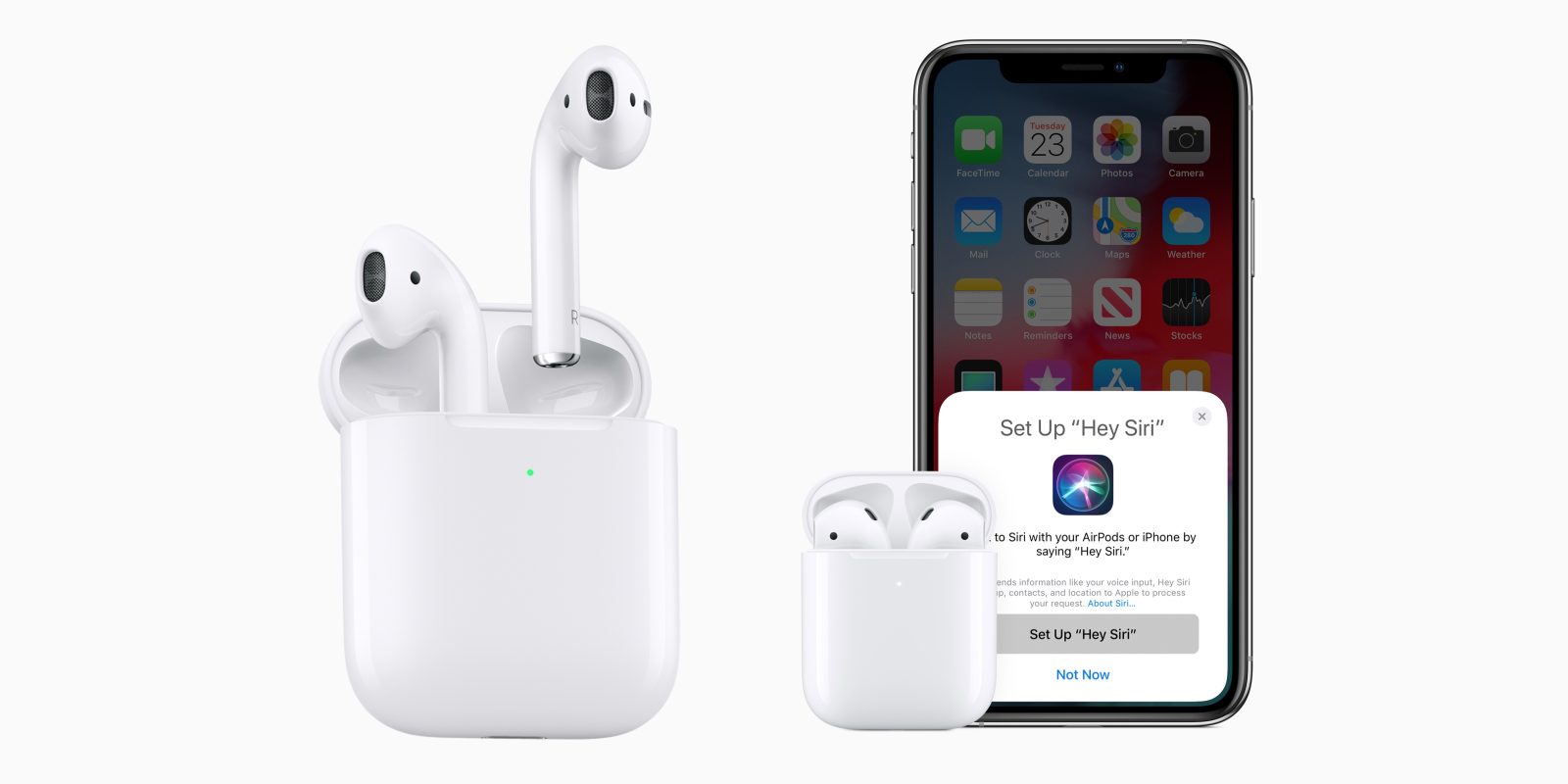 Apple says the new H1 chip in the AirPods deliver up to 50 percent more talk time compared to the first AirPods. The H1 should also speed up switching between devices, with Apple saying the AirPods now connect two times faster.

The new AirPods also feature ‘Hey Siri’ for the first time, as 9to5Mac revealed earlier this year, allowing the wearer to perform Siri commands using their voice alone, no longer needing to double tap the stalk of the earbud. 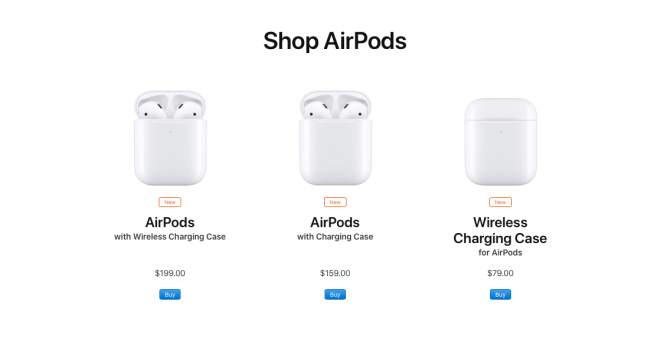 The charging case works with standard Qi chargers — and retains the Lightning port for when you need to charge with wires. There is currently no mention of the AirPower charging mat, the product with which Apple originally teased the wireless charging case a year and a half ago.

The wireless charging case places the LED charging indicator on the outside, so you can check the status at a glance. You can buy the wireless case separately for $79, or bundled with the new improved AirPods for $199.

The ‘standard charging case’ is still available — and is bundled with the new AirPods at the same $159 price point.

For the first time, Apple is offering a free engraving service when purchasing AirPods. The custom message is positioned at the bottom of the AirPods case, below the LED charging indicator.

The tech specs for the new AirPods say that the earbuds require devices running iOS 12.2, watchOS 5.2 or macOS 10.14.4. With the AirPods shipping next week, it therefore follows that Apple will be launching these OS updates next week too.

The Wednesday AirPods announcement follows the launch of new iPads on Monday, and updates to the iMac on Tuesday. Let’s see if Apple has any more surprises left for Thursday and Friday.