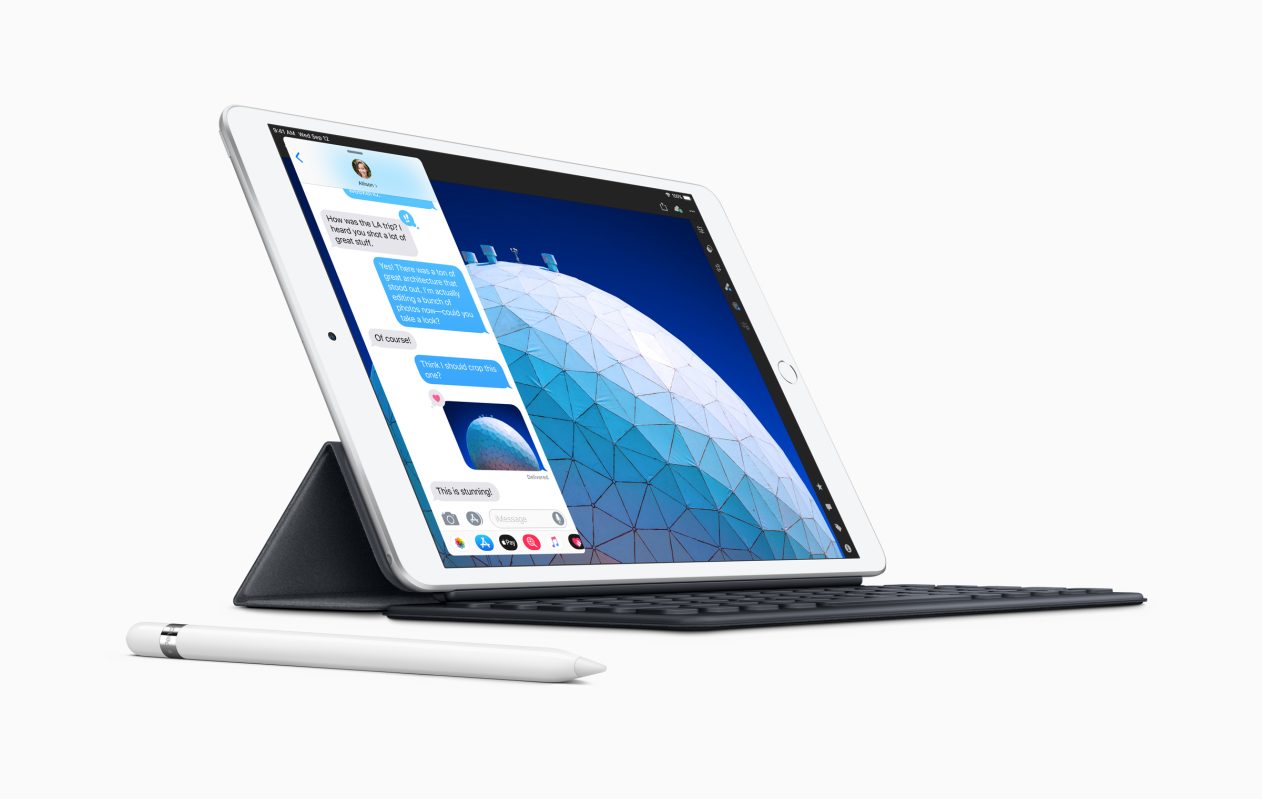 The iPad mini keeps the same 7.9-inch screen, but gets the same A12 spec bump. Both the Air and the Mini are compatible with the first-generation Apple Pencil. The iPad mini starts at $399 for the 64 GB model, and the Air starts at $499. You can order them today from Apple.com.

In addition to the A12 performance boost, the iPad Air features a fully laminated True Tone display with 2224×1668 resolution. In most ways, this is a direct successor to the 10.5-inch iPad Pro, which has been discontinued. It is offered in 64 GB or 256 GB storage options, and comes in gold, silver, and space gray finishes. However, it does not boast a ProMotion 120Hz refresh rate display or a quad speaker array, like the 10.5-inch iPad Pro had.

Apple is also selling a Smart Keyboard sized for the new iPad Air. The Air is a halfway house between the $329 iPad and $799+ iPad Pro tiers. It still has a Touch ID home button, headphone jack, and Lightning. However, the A12 gives it a huge step up in performance (not quite rivalling the A12X found in the iPad Pro) and Apple Pencil / Smart Keyboard enable many iPad productivity use cases.

Somewhat justifying the ‘Air’ title, the 10.5-inch iPad Air is substantially thinner and a tad lighter than the $329 iPad. It weighs 456 grams and is 6.1mm thin, compared to the entry-level iPad’s 469 grams and 7.5mm thickness.

The iPad mini has received a much-needed spec boost, compared to the last-generation 2015 iPad mini 4. Support for Apple Pencil is nice too, but those seem to be the only changes of significance. Apple says an iWork update is coming next week that will use the Apple Pencil in new ways, such as allowing users to draw an arbitrary animation path for an object with their stylus.

The new iPad mini is also offered in 64 GB and 256 GB configurations, in silver, space gray, and gold. 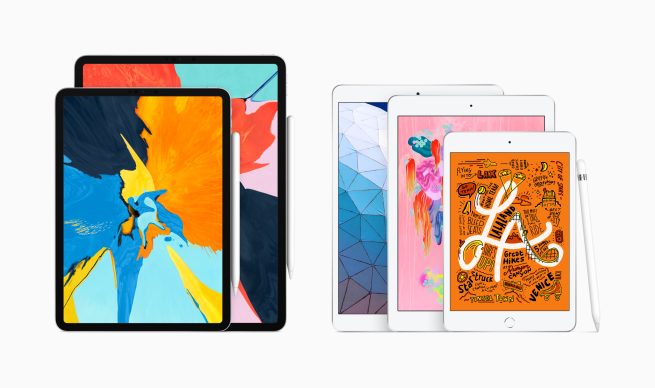