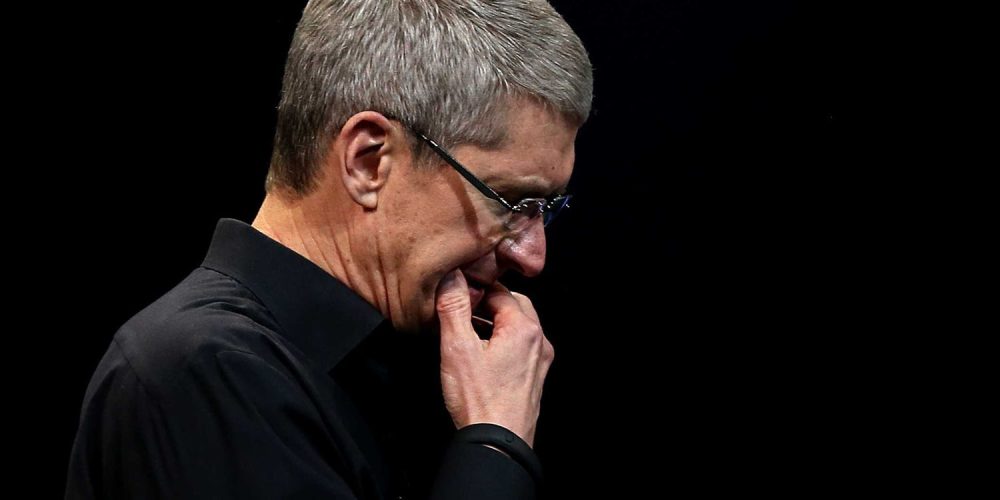 What does antitrust mean?

In most jurisdictions around the world, it is illegal for large companies to band together to form agreements or “trusts” to behave in a particular way – for example, to all sell their products for the same high price. Laws designed to outlaw this type of behavior are called antitrust legislation.

However, the term is used more generally to refer to laws designed to prevent companies from engaging in any kind of anti-competitive action – that is, do anything that would tend to artificially distort competition within a market.

One common myth is that antitrust laws only apply to monopolies. This is very much not the case: They apply to any company large enough to have a dominant position in any market. As we shall see below, the definition of the word “market” can be crucial to deciding whether antitrust concerns arise.

Why is Apple facing antitrust investigations?

First, Apple is a very large company, and it would be very easy for a company of that size to commit antitrust violations, so it is to be expected that any massive corporation would be put under the antitrust microscope.

But in Apple’s case, there are some more specific concerns based on the company”s market dominance in particular areas. These are addressed below.

What are the antitrust concerns with Apple?

There are a number of different ones, in areas as diverse as ad tracking and Sign In With Apple, but here are three of the main ones.

The biggest antitrust concern is the App Store.

Companies like Epic Games argue that they should be allowed to sell in-app purchases without Apple taking a cut of their revenue. The argument here is that Apple harms developers by taking part of their income, and consumers by forcing developers to charge more to make up for Apple’s cut. Apple, in response, says that it is perfectly normal for a company to take a cut of the sales it facilitates.

Additionally, some companies accuse Apple of anti-competitive behavior by giving its own apps advantages over third-party ones.

One way that Apple does this, they say, is by pre-installing its own apps. For example, when the Apple Weather app is already installed on an iPhone when you buy it, then Apple’s own app has an obvious advantage over a competing app.

There is overlap here with the App Store concerns. For example, Apple Music and Spotify are competitors, but not only is Apple Music preinstalled, you can subscribe from within the app. If Spotify offered this same ability, it would have to pay Apple a 30% cut. Spotify can’t afford this, so users are forced to take a more long-winded route to subscription, which gives Apple Music an additional competitive advantage.

Relationships with carriers and retailers

Apple has also been found guilty in more than one country of exploiting a dominant position within the smartphone market to place undue demands on carriers and retailers.

Because the popularity of iPhones meant carriers had to sell them, Apple was able to dictate terms. In South Korea, for example, it was accused of imposing three onerous conditions on local carriers:

Budget-focused carriers might, for example, want to buy only older and cheaper models, as that’s what their customers want, but Apple would force them to buy flagship models, too. And if a phone proved faulty, Apple wouldn’t just replace it, but would oblige carriers to meet some of the costs. Finally, although carriers had to pay the full cost of running iPhone ads on TV, they were only allowed to use Apple’s own ads, and the only thing they were permitted to change was adding their own logo to the final frame.

What could happen to Apple as a result?

Antitrust outcomes will usually happen on a country-by-country basis, though there are exceptions. In Europe, for example, it is likely that the European Union will act as a bloc, and that any legislation applying to Apple will apply across all 27 member countries.

The worst-case scenario for Apple is for the US government to call for the breakup of the company. For example, it might be ruled that Apple Inc cannot run an App Store while also selling the iPhones on which those apps run. This is not a likely outcome, however.

A more likely scenario is a series of smaller changes. For example, Apple might be required to appoint an independent oversight board to carry out app reviews, or that it must allow Spotify to offer in-app subscriptions without taking a cut.

How is Apple responding?

In public, Apple’s stance is an outraged one, arguing that it does not have a dominant position and is doing nothing wrong. Behind closed doors, the company is aware that it either has to change some of its practices, or be forced to do so by law.

For example, while publicly declaring that a 30% commission on apps was industry standard, Apple made a massive U-turn by introducing the Small Business Program, with a 15% commission instead. Although touted as applying to the smallest developers, it in fact applies to 98% of them. It would be more accurate to say that the App Store now has a standard commission rate of 15%, with a higher 30% rate applying only to a tiny minority of companies.

The company has also quietly made a number of other changes in direct response to antitrust concerns, for example, opening up the Find My app to third-party accessories, and allowing people to change their default email app and web browser.

The US antitrust hearing into big tech is underway. Ahead of the hearing, the launch of AirTag was described as ‘timely,’ while Tile likened the Find My network to a ‘hostage’ program. 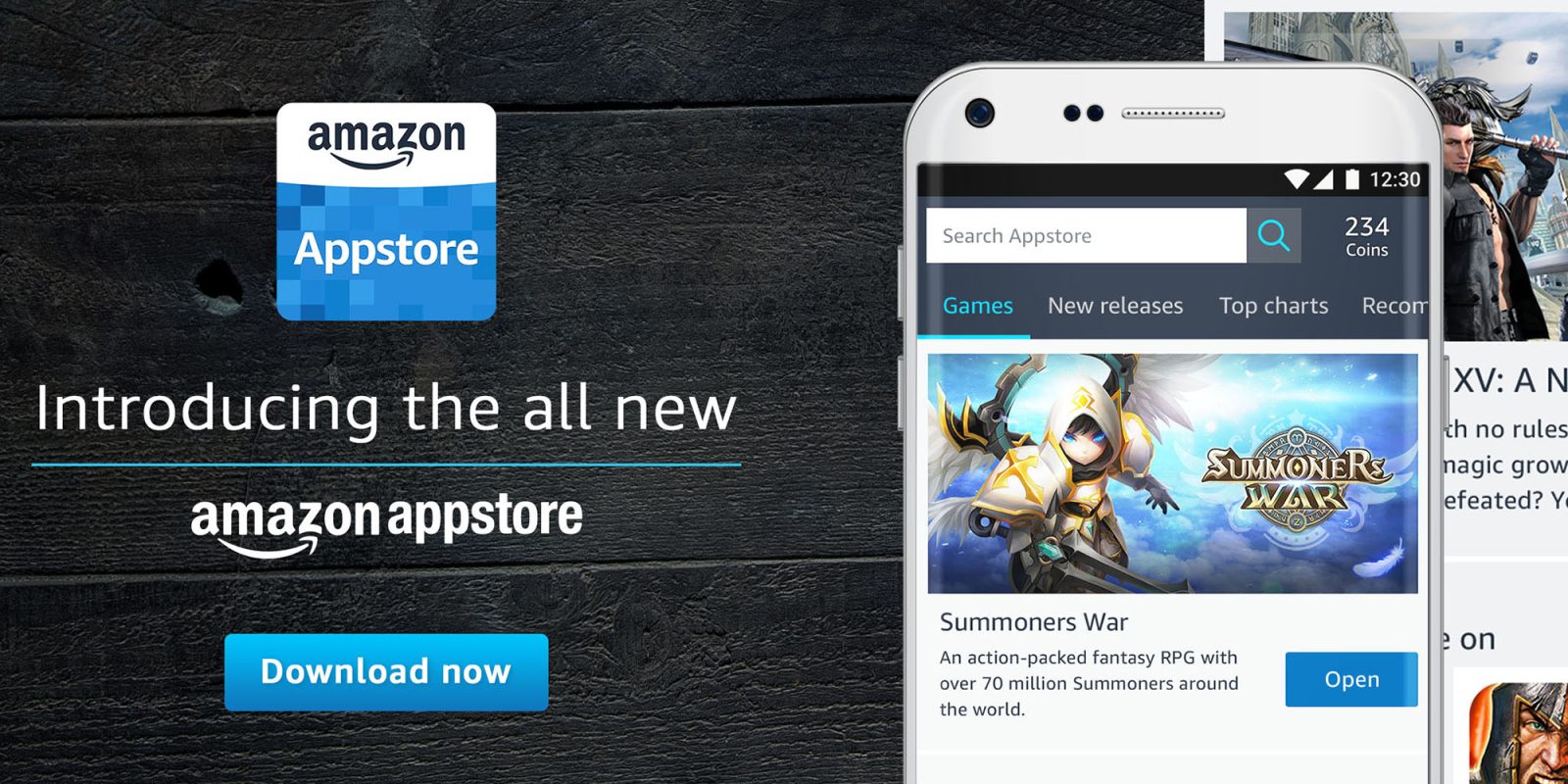 Apple last year announced its Small Business Program, a clever way to reduce antitrust pressure by reducing its cut of app sales to 15% for all but the very largest developers. Google did the same this year, in a rather fairer way, and now Amazon has come up with its own twist …

END_OF_DOCUMENT_TOKEN_TO_BE_REPLACED 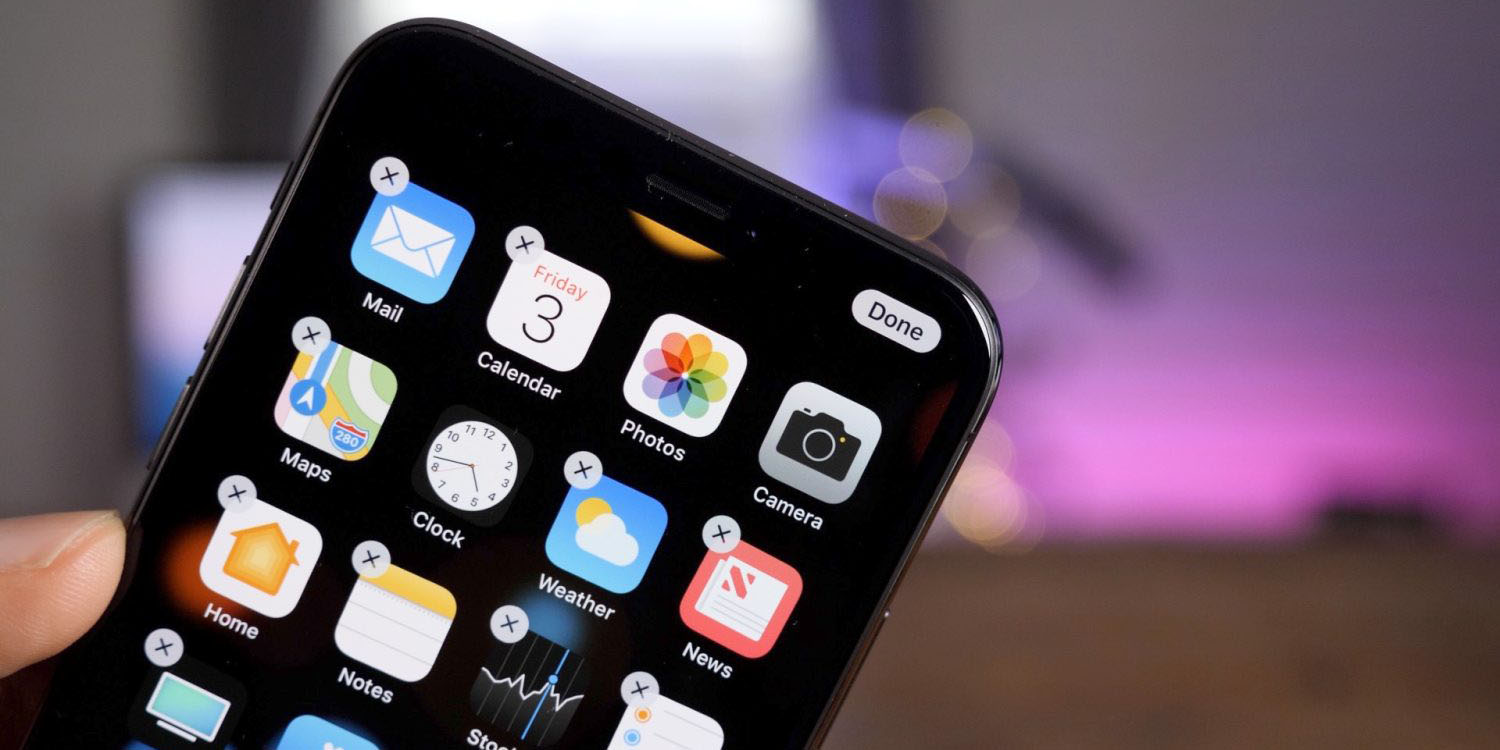 END_OF_DOCUMENT_TOKEN_TO_BE_REPLACED

Apple ecosystem at risk from US antitrust legislation, argues analyst 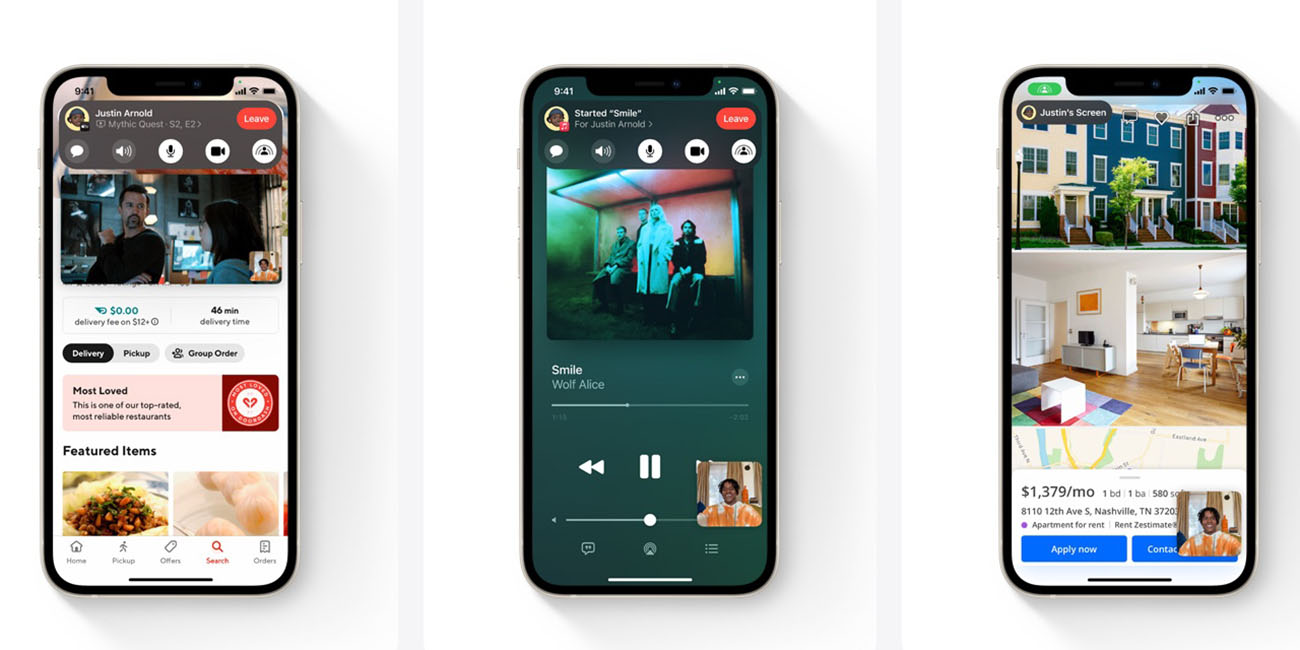 Analyst Ben Thompson believes that US antitrust legislation could put the Apple ecosystem at risk unless the company is prepared to compromise on the App Store.

The danger is that legislators may view the various ecosystem components as anti-competitive, but would be less likely to do so without the App Store playing such a central role …

END_OF_DOCUMENT_TOKEN_TO_BE_REPLACED 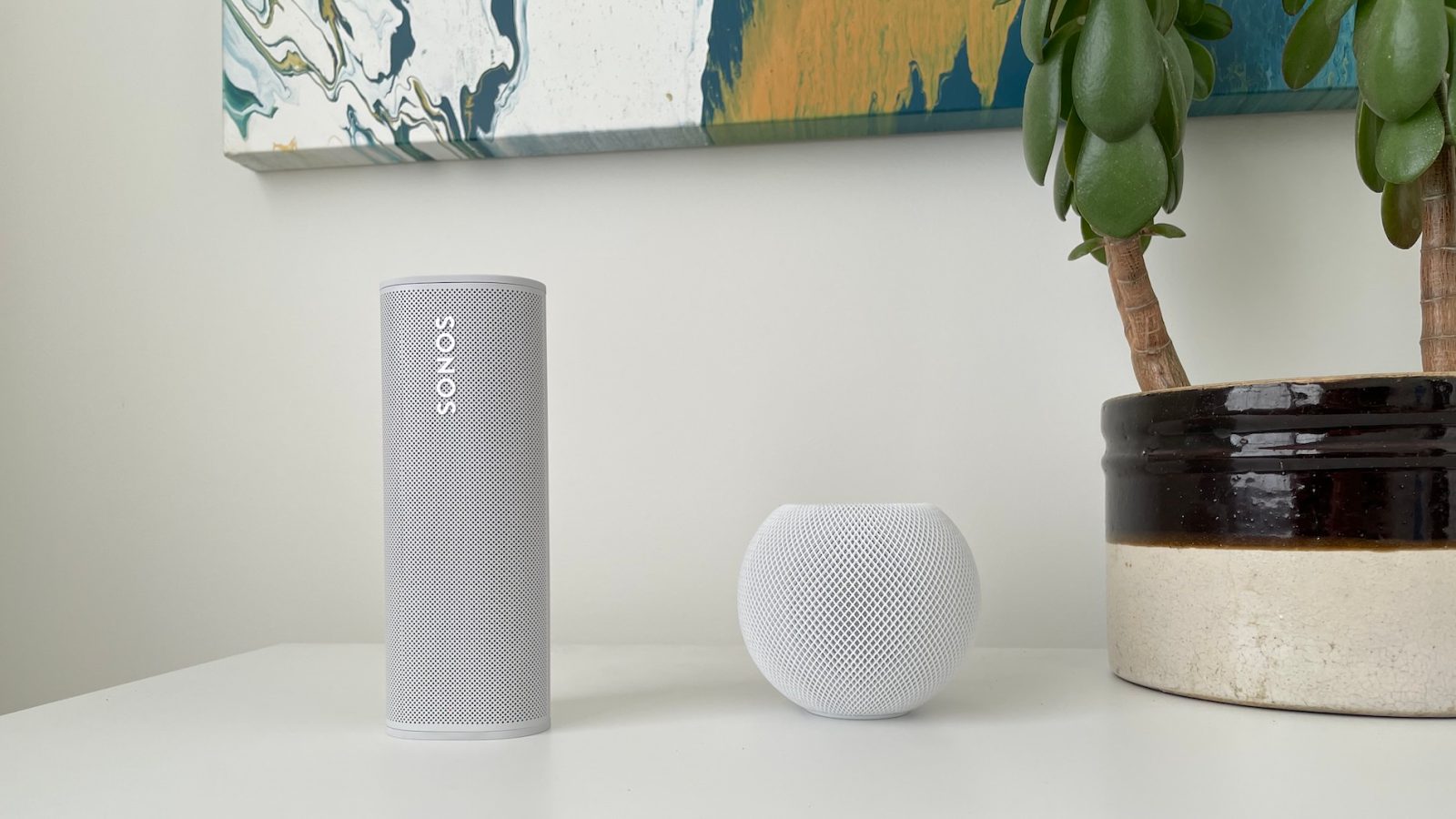 The latest big tech antitrust hearing is being held by US lawmakers today and Sonos is the main party testifying. Many of the company’s antitrust concerns revolve around Google and Amazon, but Sonos’ chief legal officer also called out its issues with Apple in his testimony.

END_OF_DOCUMENT_TOKEN_TO_BE_REPLACED 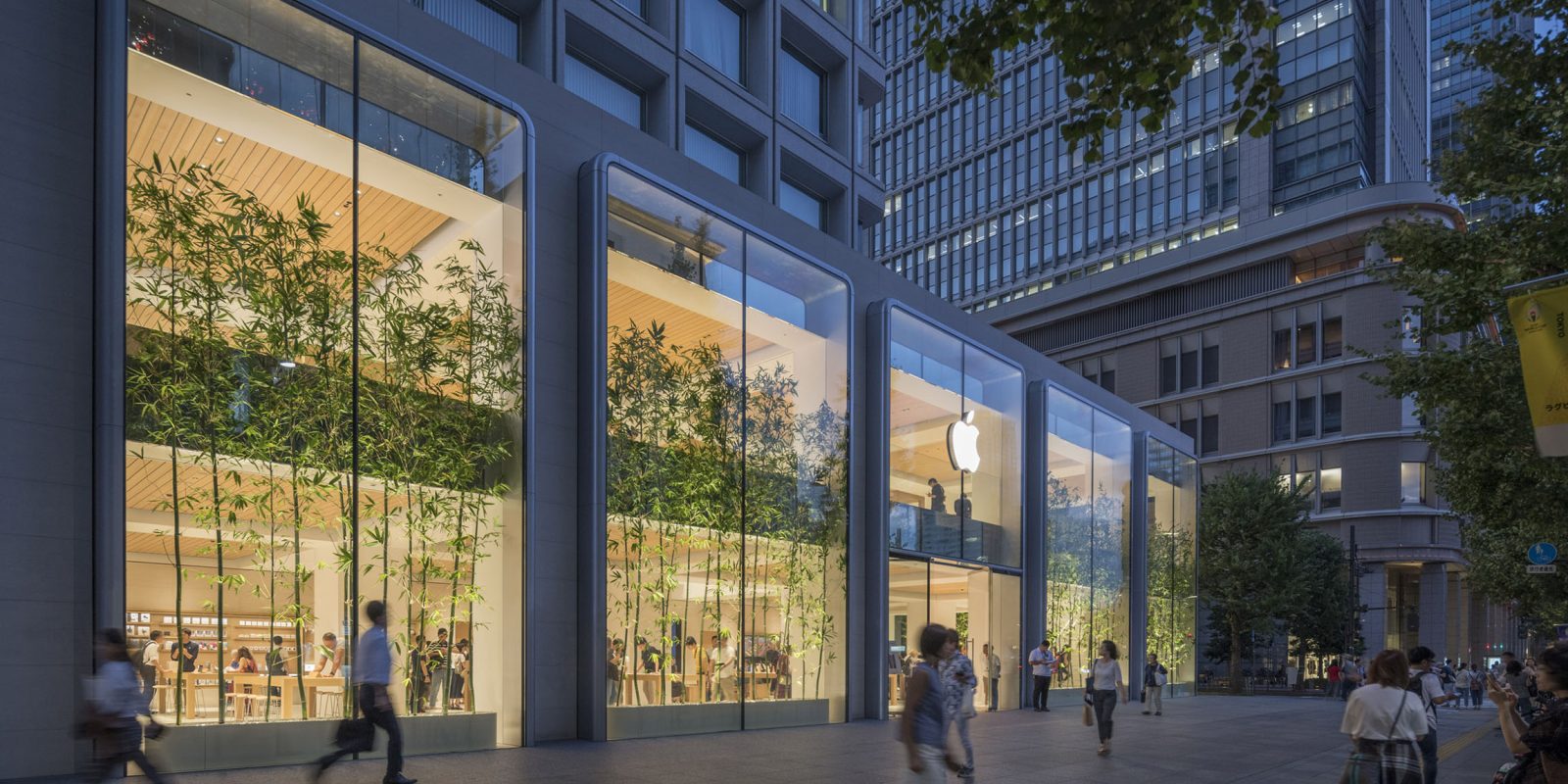 Apple is facing yet another antitrust investigation, though this one seems odd: It’s an examination of the Apple/Google duopoly in the mobile operating system market.

Today’s report from Japan is very light on details …

END_OF_DOCUMENT_TOKEN_TO_BE_REPLACED

Fresh details have surfaced on new legislation that could be proposed in the US House of Representatives as soon as today that’s set to take on the likes of Apple, Amazon, Google, and Facebook. Called the Ending Platform Monopolies Act, the proposal contains a few bills including one that could regulate Apple’s App Store and more. The development comes after Congress spent almost the last year and a half investigating antitrust concerns in big tech.

Update 11:50 am PT: The new antitrust act has been officially introduced.