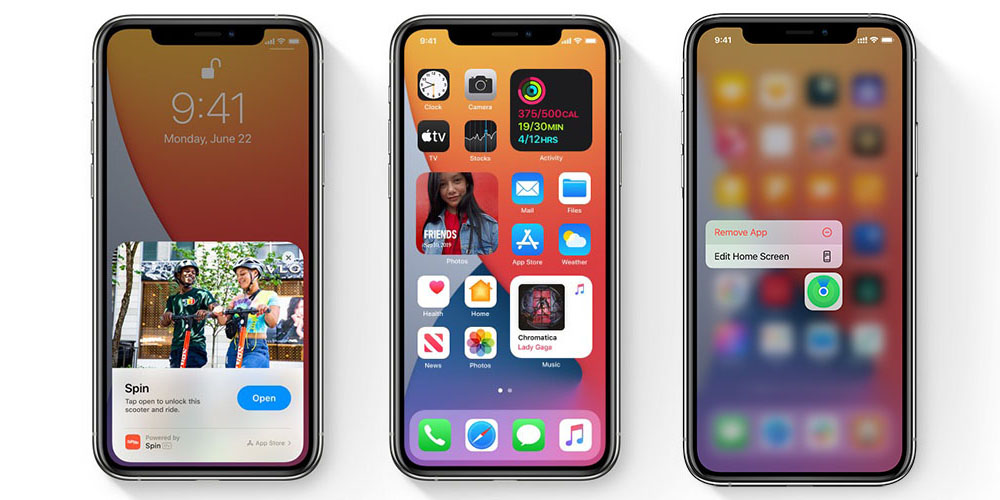 I recently suggested that Apple’s antitrust issues aren’t going to go away, and that the company should start taking action to address them. With iOS 14, Apple is doing exactly that.

The company didn’t pitch things like that, of course, but we got five announcements that directly tackle some of the antitrust claims facing it…

I summarized the position in which the company finds itself.

Apple’s antitrust issues have again hit the headlines this week — not just once, but twice.

First, there were the two additional European Union antitrust investigations, which are just the latest in a long line of probes into Apple’s alleged anti-competitive behaviors. As a non-exhaustive list, there’s Congress, the Department of Justice, a number of US states, the EU, France, Japan, South Korea, and Russia.

Then Apple pulled Basecamp’s email app Hey from the App Store, just days after approving it.

A new antitrust probe is now imminent. Like I said, these aren’t going anywhere.

The Hey issue was resolved with a compromise: Apple approving the app after it offered time-limited trial accounts.

Apple then tackled five more issues with its keynote.

First, there had been complaints that Apple holds too much power with its App Store review process. It gets to make up rules that suit the company’s interests, and then interpret those rules inconsistently.

The list of which categories are and aren’t permitted seems arbitrary.

Indeed, a cynic might suggest the only reason these exceptions exist is because they cover extremely popular apps from companies that have as much clout as Apple.

Apple announced that it is now giving developers the right to challenge not just whether or not a guideline has been applied fairly, but whether a guideline is itself unfair.

Developers will not only be able to appeal decisions about whether an app violates a given guideline of the App Store Review Guidelines, but will also have a mechanism to challenge the guideline itself.

Apple’s Find My app currently lets you locate your Apple devices. It will also allow other possessions to be protected when the company launches its AirTags product, likely later this year.

This led Tile to file two separate antitrust claims against Apple, one in the US, the other in Europe. It is unfair, the company argued, that Apple’s own products can be found with a built-in app, while third-party ones can’t. In iOS 14, Apple is changing this.

Any tracking accessory maker can sign up to use Apple’s technology, allowing those accessories to be monitored by the Find My app. Third-party accessories can benefit from Apple’s Find My infrastructure, including the ability to find them offline.

Find My app can also be deleted

Tile also complained that its own app could be deleted by users, while Apple’s own Find My app could not. Again, iOS 14 will allow the app to be deleted.

You can change your default email and web browsers

Apple lets you install your own choice of email and web browser (though the latter has to use Apple’s own WebKit), but any app that automatically opens a webpage or an email window will do so in Apple’s own apps.

iOS 14 changes this, allowing you to choose your own default apps.

One of the slides in the WWDC presentation featured a block that announced users will be able to change their default browser and default email app. This is a long-requested feature.

This is only a partial solution, however, as it appears at present to address only those two specific apps. For example, I prefer Google Maps to Apple Maps, but if I tap an address in my calendar to see where it is, Calendar will still open Apple Maps instead.

Currently, HomePod can be used as an AirPlay 2 speaker with any music source, but if you use Siri to ask it to play something, it will do so on Apple Music. Apple is now opening this up to third-party music services, so if you prefer Spotify, you’ll be able to select this instead.

Making this possible will also require those other music services to enable it, so it will require action from Spotify, too. Given the company’s partnerships with other speaker companies, it’s as yet unclear if or when it will do so, but Apple has at least done its bit.

These moves don’t resolve everything

In making these moves, Apple isn’t addressing all of the antitrust claims made against the company, but it is a decent start. I’d expect more steps to follow, and I’d also expect Apple to take the same approach: to simply make policy and technical changes without admitting any wrong-doing.