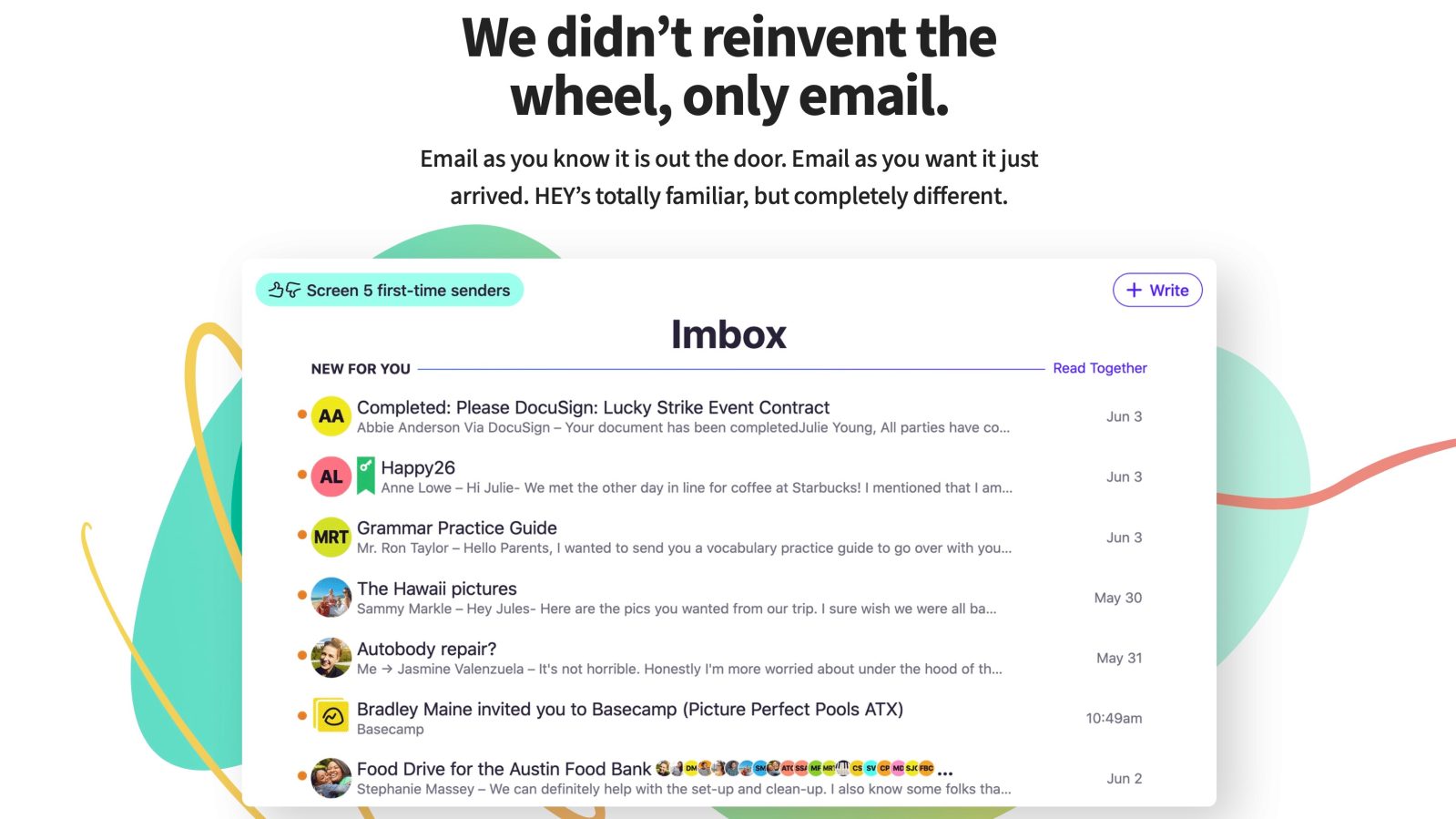 The creators of Basecamp introduced a new email service this week, simply dubbed Hey. The subscription-based email service costs $99 per year, and that subscription is what’s now causing a battle between Basecamp and Apple’s App Store review team.

Basecamp co-founder and CTO David Heinemeier Hansson took to Twitter this afternoon to detail the situation and offered up more information in an interview with Protocol. The initial 1.0 version of Hey was approved for the App Store, but when Zach Waugh, Basecamp’s lead iOS developer, submitted version 1.0.1 with bug fixes, App Store reviewers rejected it.

Again, Hey is a subscription email service, but that subscription is not sold via the Hey app for iOS. Instead, you have to subscribe directly via the Hey website, then log in to the iOS app with your Hey account. This allows Hey to avoid paying Apple 15-30% of subscription revenue to Apple.

App Store reviewers, however, rejected version 1.0.1 and version 1.0.2, citing point 3.1.1 of Apple’s guidelines. This guideline explains that developers must use Apple’s in-app billing system if they want users to buy digital goods or subscriptions.

The disconnect here is that Hey doesn’t allow users to subscribe in-app — much like other subscription services including Netflix and Spotify. The App Store reviewer said that if Hey did not implement the in-app payment system, the app could be removed from the App Store completely.

The Apple reviewer said he was calling because the new app hadn’t resolved the issue with rule 3.1.1. The issue had been escalated internally, and Apple had determined it was a valid rejection — the only way to move forward would be to implement Apple’s payments system. And not only that: Waugh was told that Apple would like a commitment and a timeline for implementing the payment system, or Apple might be forced to remove Hey from the App Store entirely.

Apple followed up with Hey this afternoon, with a slightly less threatening warning:

We noticed that your app allows customers to access content, subscriptions, or features they have purchased elsewhere, but those items were not available as in-app purchases within the app,” it said. Because Hey didn’t qualify as a “Reader” app, Apple said that existing subscribers could log in as normal but Hey needed to make all subscriptions available to new users as in-app purchases.

Basecamp has no plans on backing down. “There is never in a million years a way that I am paying Apple a third of our revenues,” Heinemeier Hansson told Protocol. “That is obscene, and it’s criminal, and I will spend every dollar that we have or ever make to burn this down until we get to somewhere better.”

Heinemeier Hansson has been a vocal critic of Apple and other big tech companies in the past. He even testified to Congress as part of an anticompetitive tech hearing earlier this year. Today’s disagreement between Basecamp and Apple comes just hours after the European Commission announced a probe into Apple over the App Store in-app purchase system.

You can learn more about Hey here and download the app from the App Store (for now) here.

https://t.co/MnnZu4RetI gets dinged for not offering IAP because it is considered a multiplatform service, not a ‘reader’ app like Spotify/Netflix. Apple’s rules are stacked in their favour and worthy of antitrust oversight, but those are the rules and the rules haven’t changed. pic.twitter.com/HirqQ57FAU