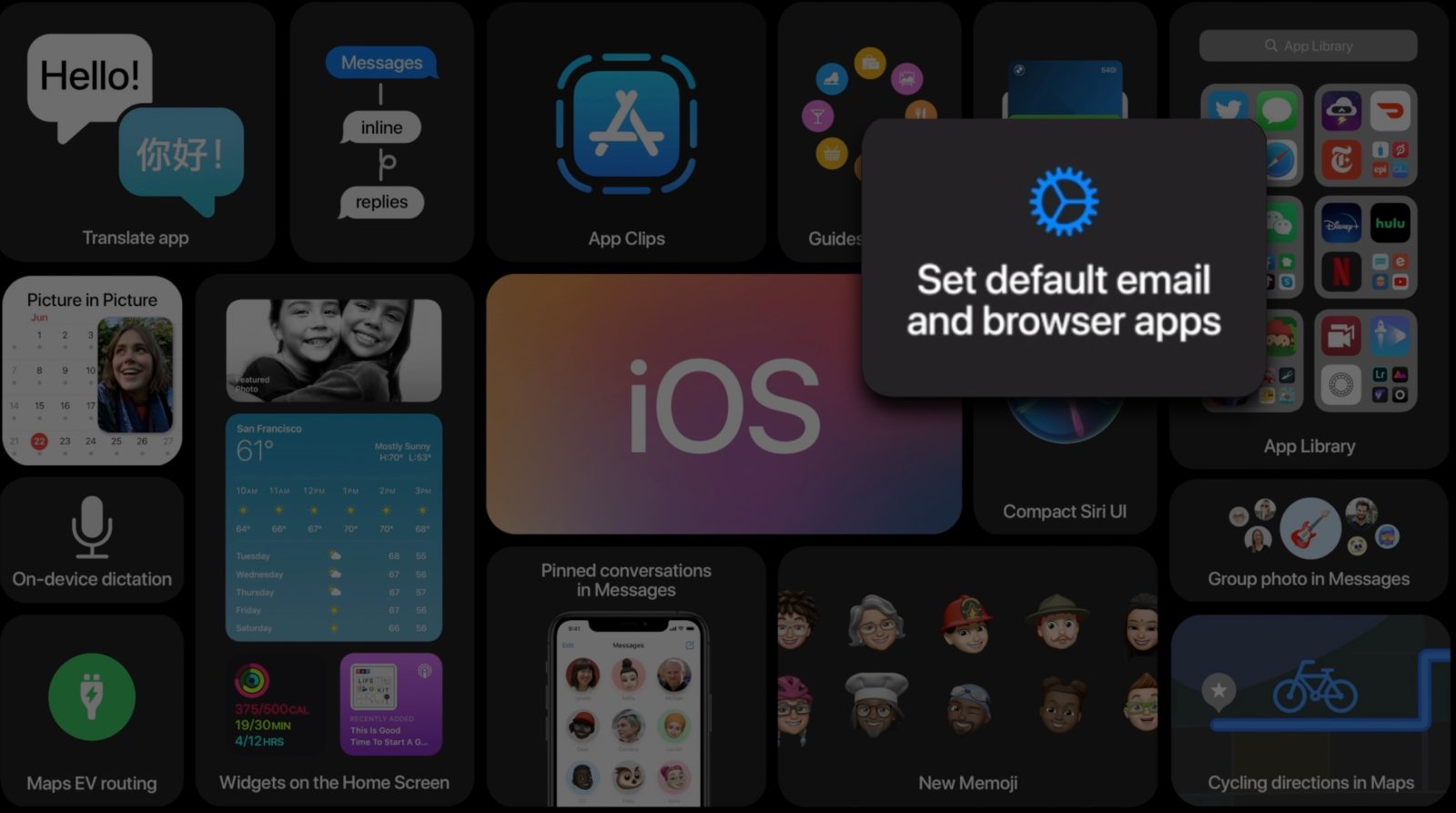 As part of iOS 14’s new features, users will be able to switch their default app preferences for the first time. Details are scarce currently, but one of the slides in the WWDC presentation featured a block that announced users will be able to change their default browser and default email app. This is a long-requested feature, as iOS 13 and prior versions of the operating system will always direct taps on links to Safari, and new emails start in Apple Mail.

The default app options arrive as Apple faces increased scrutiny from antitrust bodies about having monopolistic control over the App Store.

Default apps will be available with iOS 14 for iPhone and iPadOS 14 for iPad users. Other iOS 14 features include home screen widgets, a new Translate app, contextual Siri and much more.