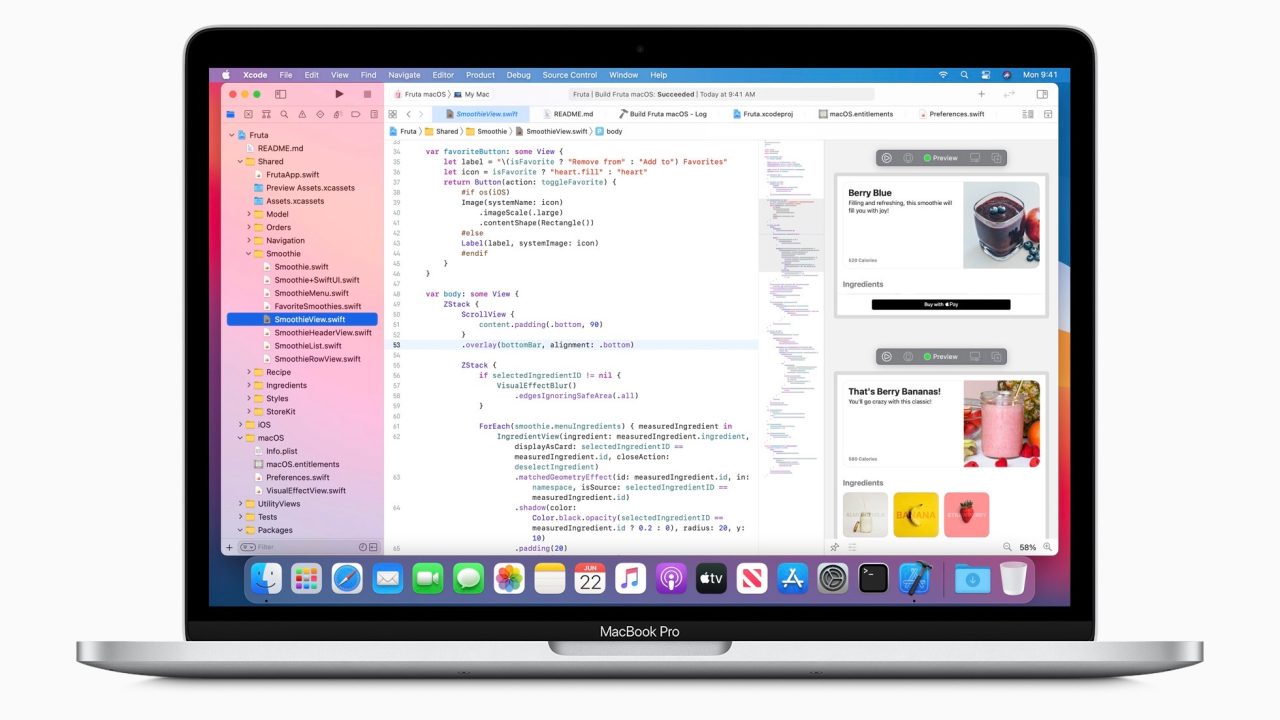 Following the Platforms State of the Union address this afternoon at WWDC20 Apple has shared some highlights on its new developer tech and tools to “foster the next generation of apps.” These include Xcode 12, new features in SwiftUI, App Clips and Widgets in iOS and iPadOS 14, improved access to Apple’s platforms like Find My and HomePod, as well as a new App Store Review process that gives developers a way to “challenge” guidelines.

Apple featured the developer-specific updates in a Newsroom post. VP Phil Schiller said that the App Store is “more diverse, dynamic, and successful than it has ever been” but that more needs to be done to improve it for “everyone.”

“The Apple developer community inspires us all with apps that help more than a billion users, transform industries, and change the world. This WWDC, we’ve introduced innovative new APIs, frameworks, and tools designed to help developers take their app experiences further and reach even more users,” said Phil Schiller, Apple’s senior vice president of Worldwide Marketing. “The App Store ecosystem is more diverse, dynamic, and successful than it has ever been, but we know that to make it better for everyone, there is more we must do together. This year at WWDC20, we’ve added online App Store Labs, extended the annual App Store developer survey, and more because we want to hear directly from hundreds of thousands of developers on how they want us to improve the App Store for them, and for users.”

After highlighting the new App Clips and Widgets that developers will be able to take advantage of with iOS and iPadOS 14, the company noted the improved access to Apple’s platforms like opening up the Find My app to third-parties, HomePod working with third-party music services, and Safari adding support for extensions used by Chrome, Firefox, etc.

This year, Apple is providing developers with even more ways to deeply integrate their apps into core platform features in order to deliver powerful functionality in a way that also protects user privacy and security. The new Find My network accessory program lets third-party device makers take advantage of a network with hundreds of millions of devices, while continuing to offer end-to-end encryption so only the user can see the location of their item. HomePod also has a new program to integrate third-party music services. Email and browser app developers can offer their apps as default options, selectable by users. And Safari for Mac is adding support for the popular WebExtensions API used by Chrome, Firefox, and Edge, making it easy for extension developers to work with Safari, and distribute through the Mac App Store. 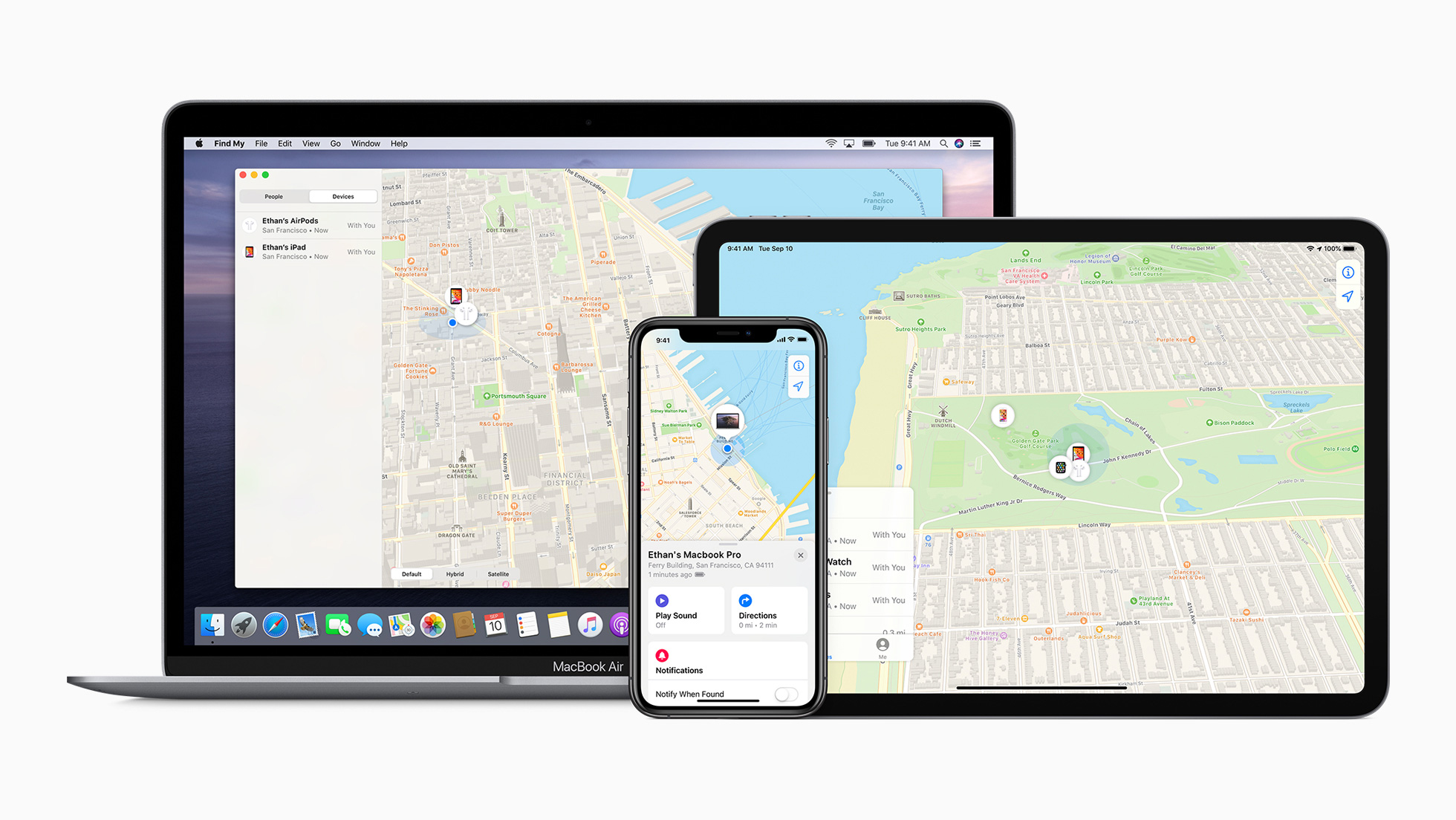 One of the biggest new developer tool updates from Apple is the announcement of Xcode 12.

Xcode is at the center of all development on Apple’s platforms, and with Xcode 12, it has a fresh new look to match macOS Big Sur. New document tabs make opening multiple files fast and lightweight to support interface files, and logs and project files each open in their own tab. Navigator fonts now match the system size, or can be set to small, medium, or large. And Xcode 12 builds macOS Universal apps by default to support new Macs with Apple silicon.

Part of Xcode 12 the new StoreKit tool to help with the development of subscriptions, in-app purchases, and more.

A new StoreKit tool in Xcode lets developers simulate subscription setup, in-app purchases, and even refunds — all locally on their Mac. There is also a new StoreKit testing framework that makes it easy for developers to automate testing of purchase workflows. New App Store server notifications for subscription renewal events and customer refunds help developers better manage the customer experience in their apps. And in addition to shared family app purchases, the App Store now supports Family Sharing for subscriptions and in-app purchases. This is great for developers who offer content for the whole family to enjoy.

When it comes to SwiftUI, Apple is launching new life cycle APIs:

SwiftUI introduced developers to a modern UI framework that made it more intuitive than ever to build sophisticated app UIs. This year, new life cycle APIs let developers write an entire app in SwiftUI, and share that code across all Apple platforms. Developers who have already started with SwiftUI will easily be able to add new features to their existing code, and a new Lazy API ensures enormous data sets will offer great performance.

Catalyst apps also get the benefit of automatically gaining the new macOS Big Sur design and also get access to new APIs.

With macOS Big Sur, Mac Catalyst apps automatically inherit the spacious new design, while giving developers powerful new APIs and greater control over the behavior of their apps. And now developers can choose to keep their Mac app scaled at a resolution to match their iPad app, or take total control of their Mac interface to create a truly custom Mac experience. Developers can distribute their Mac Catalyst apps to customers in 175 countries on the Mac App Store, and let customers easily enjoy apps and in-app purchases across Mac, iPhone, and iPad with universal purchase.

To improve the app development process, Apple is launching “an online version of the App Store lab to further support the Apple developer community across all of its platforms.” And there will be new recurring forums for developers to give additional feedback.

Apple will also create additional channels for developers to share feedback during new developer forums that will occur throughout the coming year. In these forums, developers are encouraged to share their suggestions, large and small, so that Apple may continue to implement changes and improve the App Store experience for the entire developer community.

Going further, Apple highlights that it will be bringing two notable updates to the App Store Review process: the ability to appeal app guideline violations as well as “a mechanism to challenge the guideline itself.”

Additionally, two changes are coming to the app review process and will be implemented this summer. First, developers will not only be able to appeal decisions about whether an app violates a given guideline of the App Store Review Guidelines, but will also have a mechanism to challenge the guideline itself. Second, for apps that are already on the App Store, bug fixes will no longer be delayed over guideline violations except for those related to legal issues. Developers will instead be able to address the issue in their next submission. 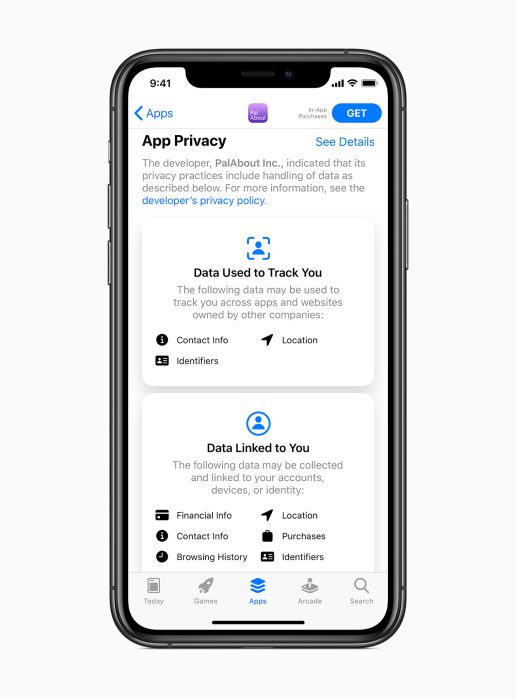 As highlighted during the WWDC keynote, there will also be a new “App Privacy” overview similar to a nutrition label on food.

Check out the full details in Apple’s post here.