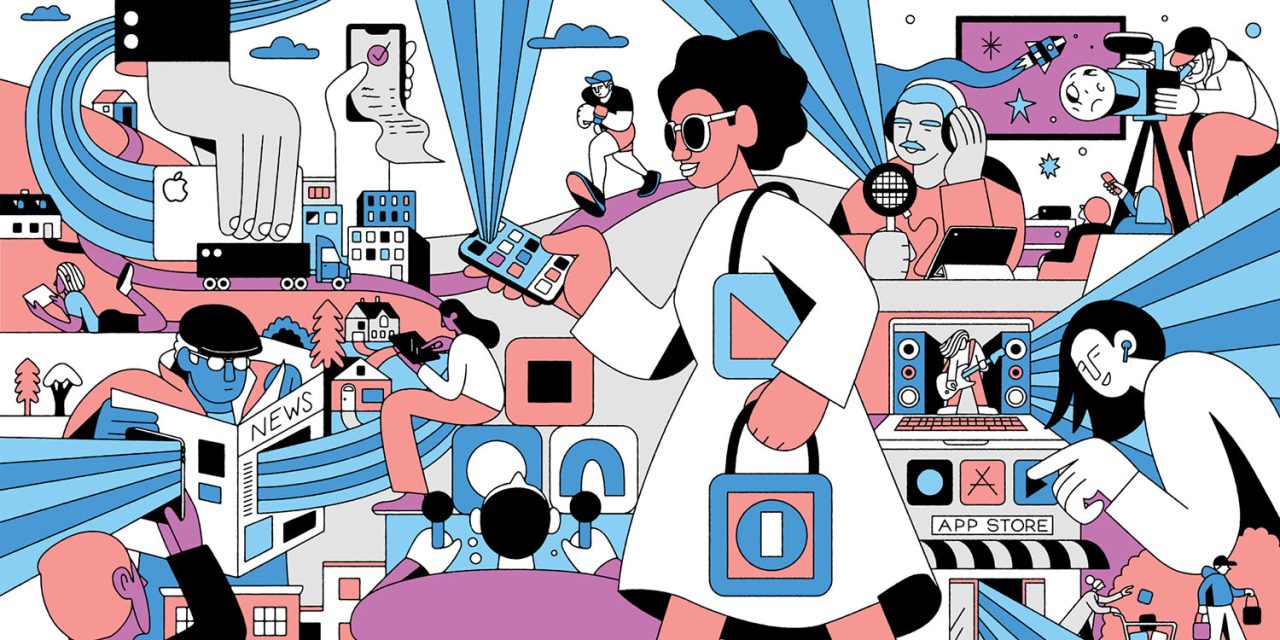 Apple’s antitrust issues have again hit the headlines this week – not just once, but twice.

First, there were the two additional European Union antitrust investigations, which are just the latest in a long line of probes into Apple’s alleged anti-competitive behaviors. As a non-exhaustive list, there’s Congress, the Department of Justice, a number of US states, the EU, France, Japan, South Korea, and Russia.

Then Apple pulled Basecamp’s email app Hey from the App Store, just days after approving it …

Most, but not all, of Apple’s antitrust issues center on the App Store: that the company acts as an effective monopoly, able to force developers to pay a 15% or 30% commission on all app sales, in-app purchases and subscriptions – and able to give Apple’s own apps and services a competitive advantage over third-party ones.

Apple has so far denied all wrong-doing, and mostly refused to change the way it operates. Pretty much the sole concession it has over the years is a reduction of its commission on in-app subscriptions from 30% to 15% in year two onwards.

Any time the issue makes the news, you can see polarized views in the comments. One view is that Apple created the App Store, and the devices which create the market for it, and it can set its own rules. If developers don’t like it, they can go create apps for Android devices instead.

The opposing view is that the iOS market is so large and so profitable, it’s not realistic for developers to ignore it. They have to have an iOS app, and are thus forced to agree to whatever terms Apple sets.

Some might say my European bias is evident in this piece. But the very fact that Apple is coming under fire in the US as well as elsewhere indicates that this isn’t just a culture clash. I do genuinely believe the tide is turning on this one – and Apple faces an increasing risk of finding itself on the wrong side of history with its ‘our bat and ball, our rules’ approach.

Right now, developers care more than consumers – but that’s simply because developers feel the pain first. Ultimately, it’s consumers who are harmed: that’s the whole point of antitrust legislation. Any cost faced by a business, from rent on a building to a 30% commission paid to Apple, is a cost that has to be recouped from the people who buy the apps.

Apple’s commissions also force consumers to jump through unnecessary hoops. When I reach the end of one book in the Kindle app, for example, it’s Apple’s policy which makes me exit the app and go to the Amazon website to buy another one from the same author. (And no, Amazon and its authors can’t just eat the commission: there aren’t the margins in books to make that feasible.)

It’s about arbitrary rules as well as commissions

And it’s not just the commissions Apple takes, it’s the arbitrary rules the company gets to make up, and the even more arbitrary ways it enforces them – or not.

Greg Barbosa pointed out that Hey and Netflix behave in exactly the same way, but are treated totally differently by Apple:

Apple does not treat all companies and apps the same for their App Store.

Here’s the wording for Hey and Netflix’s iOS apps. pic.twitter.com/XovTfhZdhA

Basecamp’s David Heinemeier Hansson pointed out that Apple wasn’t even being consistent in how it handled two apps from the same developer.

But this is preposterously false and inconsistent. The Basecamp app has been in the App Store for YEARS offering access to a subscription bought elsewhere. The store is FULL of apps doing just that. Even other email apps! A few examples we compiled: pic.twitter.com/MYC1KF1Xfr

Apple then tried to justify that on the basis that the App Store has different rules for ‘consumer’ and ‘business’ apps. There’s just one problem with that, as my colleague Benjamin Mayo pointed out: it doesn’t.

Okay maybe I gave Apple too much credit here. This ‘business app’ distinction isn’t written in the guidelines and is stupidly subjective. https://t.co/ATjevXITf3 https://t.co/tR43h2mSvb

And he’s far from the only person to point out the impossibility of such a distinction anyway for a great many apps. Is an email app a consumer or business one? Answer: it depends on how you use it. John Gruber put it succinctly:

What is the iPhone itself? A business device or a consumer product?

Developers should feel that Apple is on their side, but even ones who have had their apps featured by Apple are saying that they don’t feel this way. That Apple is, instead, an entity that can at any time and for any reason decide to kill their business.

Check out this thread by MarsEdit developer Daniel Jalkut, for example:

I don't know what my breaking point is, because I still love Apple platforms so much. It's just a real shame that so many years are being wasted antagonizing developers who could otherwise be even greater boosters of Apple's technologies.

There are many, many more such posts on Twitter and in the blogosphere.

Apple can be the good guy or the bad guy here

So there’s a much bigger problem here than Apple’s commissions on App Store purchases, and the fact that it treats its own apps differently to competitor ones. There’s the fact that Apple holds a huge amount of power over all developers, and gives every impression of wielding that power on a whim.

Once upon a time, Apple could have said ‘We’re just one company, this is how we operate, go elsewhere if you don’t like it.’ But that’s not a reasonable stance now that it is the gatekeeper to one-and-a-half billion iOS devices. We don’t know how many individuals own those devices, but let’s just say ‘about a billion people’ in round numbers. You can’t control access to a billion people and say it’s nobody’s business but your own what rules you make up and how you choose to interpret and enforce them.

The company does, however, have a choice: it can wait for the law to intervene, and be seen as the bad guy who only does the right thing when forced to do so, or it can take voluntary action, and be seen as the good guy. I urge it to take the latter course while there is still time.