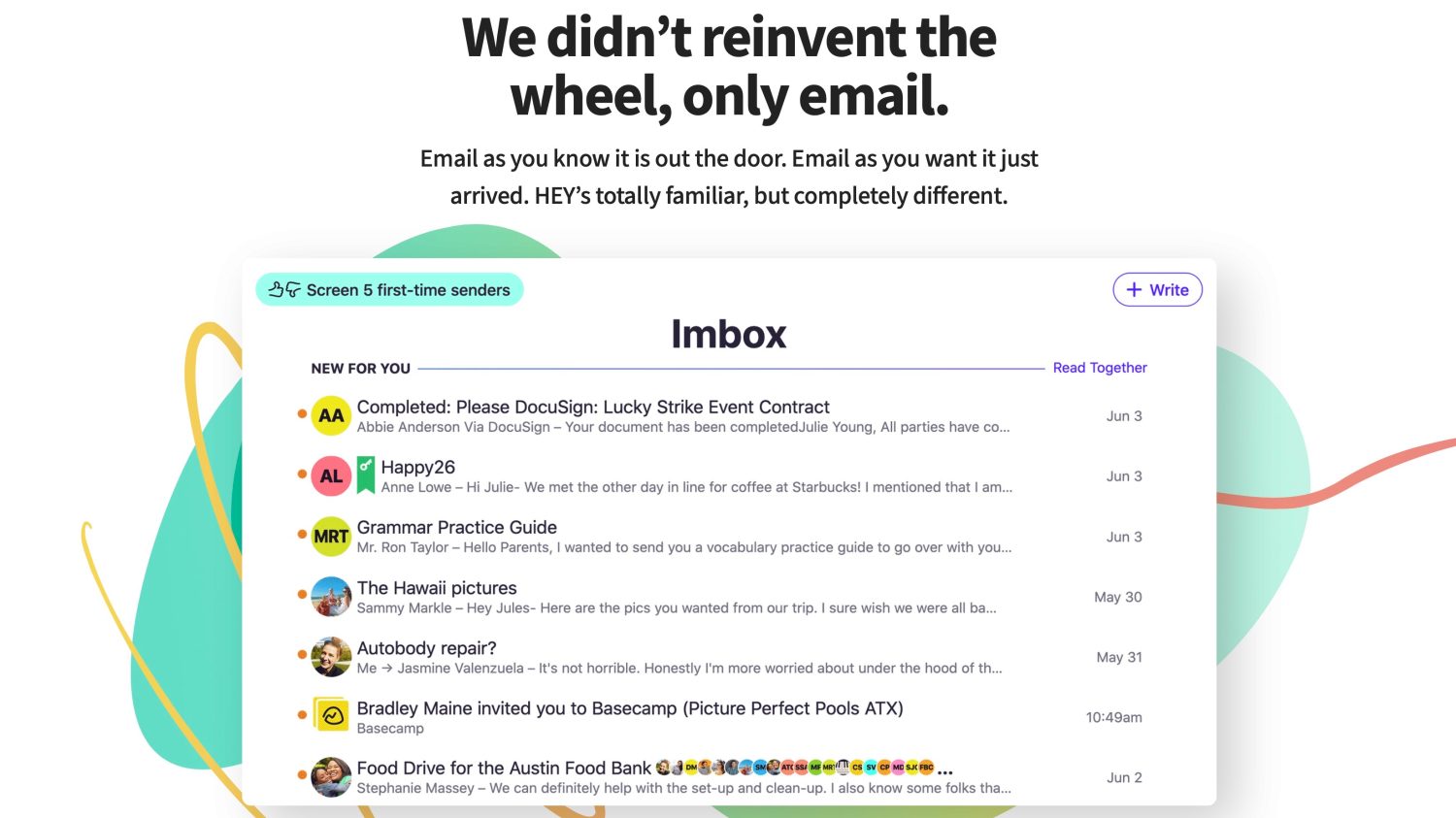 Apple has approved an update to the Hey email app, following a week of controversy over Apple’s decision to reject the app because it did not adopt in-app purchases. In a letter last week, Apple SVP Phil Schiller suggested Hey could offer In-App Purchases as an option or add some basic functionality accessible to all users, with the login paywall unlocking the full app.

In response, Hey has now added a free tier and submitted that version to Apple. With the 1.0.3 update, users would be able to try Hey for 14 days using a temporary email address. These ‘burner’ accounts reset every two weeks. Hey wants people to get attached to the app and then sign up to the $99/year subscription in order to secure a permanent email address. We now have to wait for Apple to approve the update to truly conclude the situation.

This compromise should hopefully end a week’s worth of App Store rejection drama, with the news dropping a few hours ahead of Apple’s yearly developer conference. The rejection drew industry-wide focus to Apple’s monopolistic control over the App Store amidst increasing antitrust investigations from government bodies.

This resolution means that Hey does not have to use Apple’s in-app purchase system which lets them keep all of the revenue from subscription sales, and maintain control over the customer experience. This also allows Hey’s enterprise plans to be supported in the App Store.

Apple is seemingly satisfied that the app now does something for anyone that downloads it, even if that rule is broken by many other apps on the store.

For end-users, hopefully they will now be able to get the Hey app and give it a spin using a free temporary email account, once the latest app update is approved. They then must go to Hey’s website to sign up for the paid plan and log in to the account in the app, as Apple’s rules still prevent Hey from advertising digital transactions that do not use In-App Purchase.

You can get Hey in the App Store, which takes an opinionated approach to managing email. Subscriptions to the service are available from Hey’s website, priced at $99 annually.