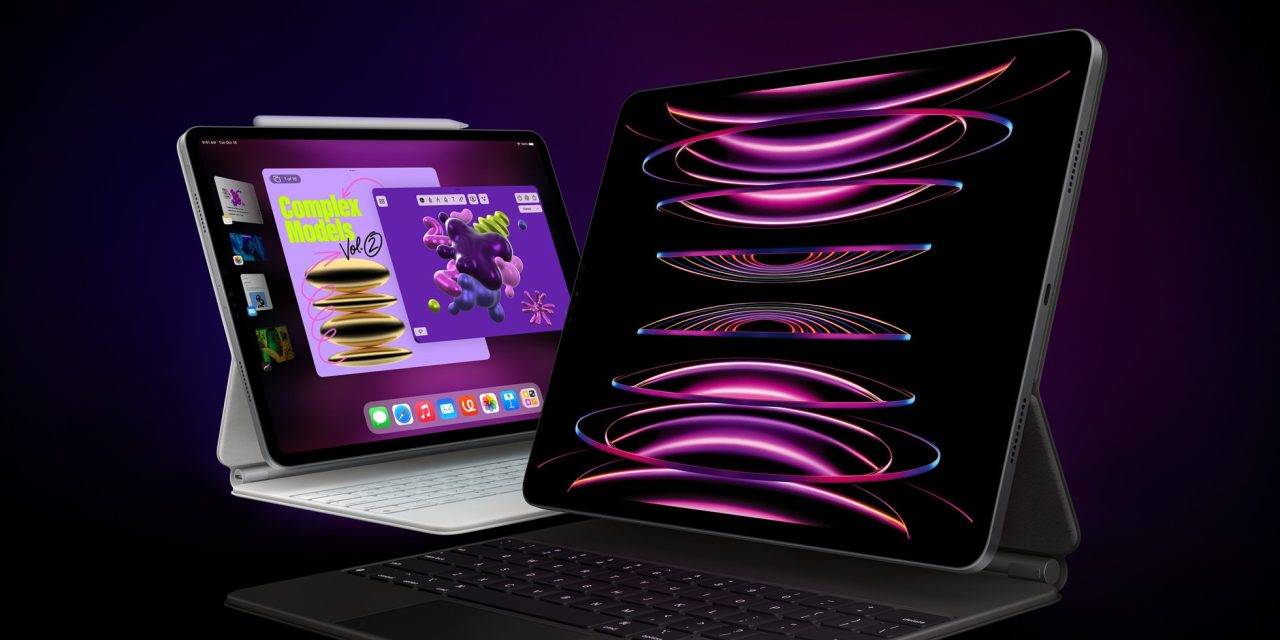 Apple today unveiled the new generation of 11-inch and 12.9-inch iPad Pro, powered by the latest M2 Apple Silicon chips. The M2 chip made its debut in the 2022 MacBook Air and 2022 13-inch MacBook Pro, and this update brings that same performance to Apple’s lineup of pro tablets as well.

Alongside the M2 performance boost, the iPad Pros can now detect when the Apple Pencil is hovering above the display. This means UI elements can expand and respond as the user approaches the screen with the stylus.

Apple says the M2’s 8-core CPU is up to fifteen percent faster than the M1 CPU. The GPU is up to 35 percent faster. The M2 chip also allows the iPad Pro to capture ProPres video for the first time.

The new iPad Pro also bring faster Wi-Fi networking, with support for the latest Wi-Fi 6E standards. This means downloads can be up to 2x faster when connecting to a 6E network. Cellular models now support more 5G bands for better worldwide coverage.

With the new hovering feature, the iPad will notice when the Apple Pencil is hovering above the screen. This means user interface elements can bounce in readiness of a committed user interaction. For instance, a Scribble text field expands as the Pencil approaches the display. This hovering feature will also be available to third-party apps via a new API.

The hovering feature does not require a new generation of Apple Pencil, and the existing compatible Apple Pencil for iPad Pro (the second-generation model) is still on sale for $129.

Also today, Apple unveiled a new base model iPad and a spec bump update to the Apple TV.