Comment: The star of yesterday’s Apple event was the new iPad mini 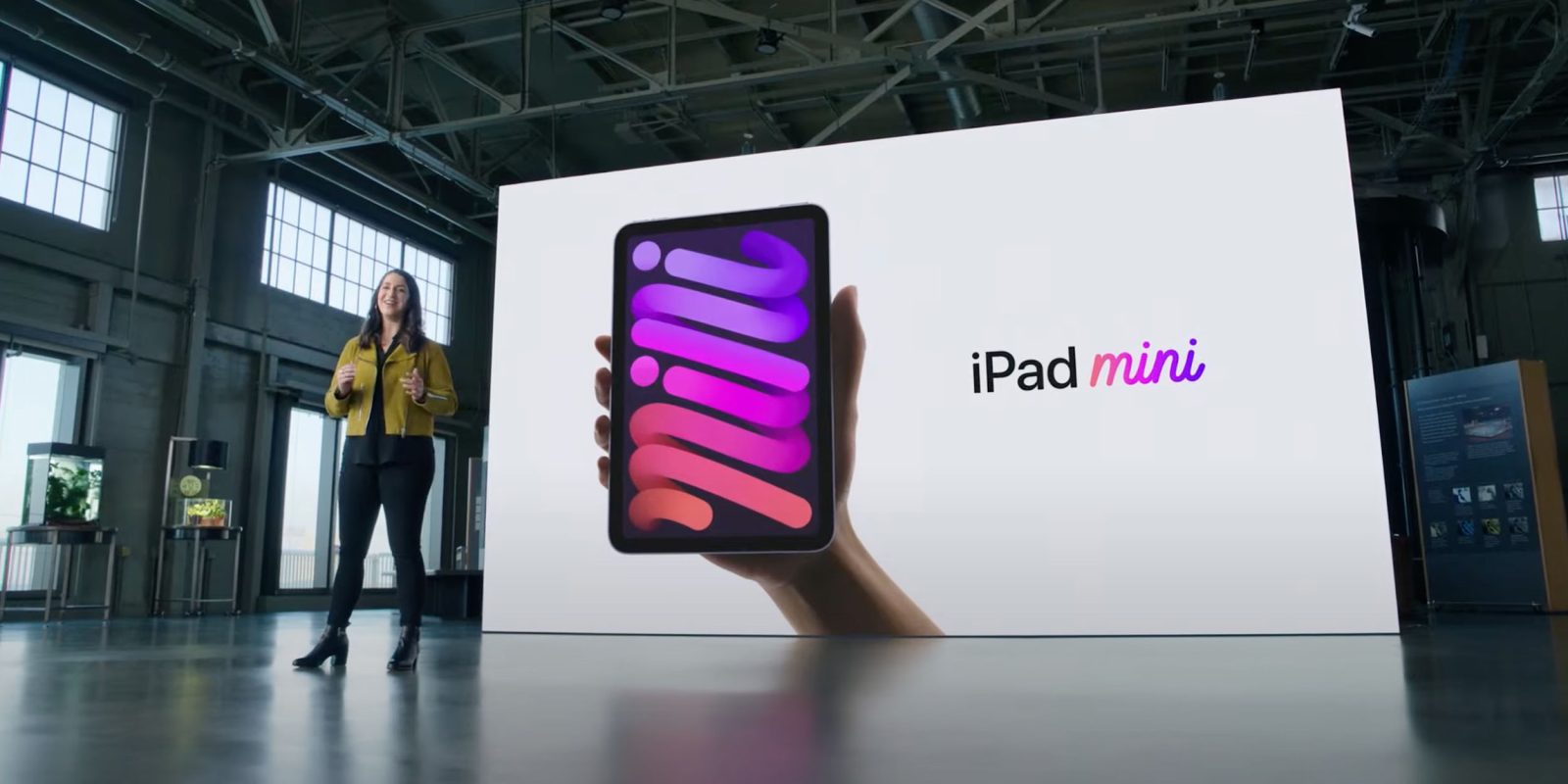 If I had to write a brutally honest headline for yesterday’s Apple event, it would be: Apple announces exciting new iPad mini (alongside worthwhile updates to Watch and iPhone).

It’s not that the iPhone 13 and Apple Watch Series 7 updates were uninteresting. Indeed, Apple has successfully sold me a new iPhone. It’s just that the improvements were, for most use cases, relatively modest when you compare them to the complete transformation of the iPad mini …

Let’s start with the iPhone 13. In my view, Apple gave people four potential reasons to upgrade:

All of those things are worthwhile, and any one of them could be enough to persuade different people to buy.

ProRes and cinematic features for video

ProRes support is fantastic for videographers who want to occasionally use their iPhone as a B or C camera, as well as those who use an iPhone as their sole videocamera. Cinematic Mode is interesting, though personally I’m reserving judgement on this until I’ve seen it in action. Generally speaking, you only get shallow depth of field in iPhone videos when the subject is relatively close to the camera, and the background is relatively distant. It was unclear from the presentation whether or not Apple has introduced the rumored Portrait mode for video, where the defocused areas are artificially created. If it has, and it works well, that’s a game-changer. If it’s only letting you select the focus point optically, then there are rather few situations where it will make much practical difference.

Sadly, this didn’t provide the rumored always-on mode, but I’m sure gamers will love the responsiveness. Artists too, I guess, but does anyone really draw on an iPhone? If you do, let me know why in the comments!

Apple touted 1.5-hour and 2.5-hour battery life improvements for the iPhone 13 Pro and Pro Max respectively. Given that this is a common complaint about iPhones, this is definitely an appealing upgrade for many.

On the downside, the rumored satellite comms capability didn’t materialize, and it appears that the A15 chip may turn out to be essentially identical to the A14 one.

The first two bullets sold it to me, so watch this space for a new diary piece when it arrives.

The Apple Watch S7 was strongly rumored to have two big changes:

As things turned out, it got the second, but not the first.

Had we not had the redesign rumor, I think the larger display, faster charging and new colors would have gone down reasonably well. But compared to the reports and renders, many were left with an “Is that it?” feeling.

There are three possible ways to explain the failed materialization of the slab-sided design:

Personally, I tend to side with my colleagues Seth Weintraub and Parker Ortolani in adopting the latter theory. First, while some sources were sketchier than others, there were two reliable sources: Kuo and Bloomberg. Second, there are just too many odd things about the S7 announcement:

To me, all of this points to a scenario where Apple planned to launch an all-new S7, but something went wrong. That might be chip production capacity. It might be a design flaw discovered late in the process. It might be production difficulties. But, for whatever reason, Apple realized it wasn’t going to be able to launch the new Watch this year, and had a fall-back position of this Series 6.5.

I’d expect to see the rumored redesign appear next year as the Apple Watch Series 8, and I’ll be holding out until then for that reason.

This is a decent upgrade to Apple’s entry-level iPad given that the price is unchanged. TrueTone is a nice feature to have, and I was surprised to see Apple include Centre Stage in a budget model, as this is a relatively new and impressive feature.

But this was a “nice to have” upgrade, rather than an exciting one.

Then we come to what I consider the real standout from yesterday’s Apple event: the all-new iPad mini.

This isn’t just a revamped version of the elderly compact iPad. It’s really closer to a downsized iPad Pro. Okay, it uses power button Touch ID rather than Face ID, but it gets the latest A15 Bionic chip, 5G data on the cellular model, Apple Pencil 2 support, USB-C, significantly better rear camera – and, again, Centre Stage.

It really is a complete transformation of a much-loved device. The primary buyer of the old model had, in recent years, been the business sector. The portable and reliable device was popular in places like restaurants and warehouses. Those buyers may not be too impressed by the price hike to $499 and up.

But this redesign takes it back to what it was when it was launched: a super-cute consumer gadget.

I should say that I’ve always considered the iPad mini to be a great part of the lineup, and one whose value I can definitely see for some people, but I’ve never really been tempted to buy one myself. I love my 12.9-inch iPad, and would buy an even larger one if I could.

As someone who was surprised to be converted to an iPhone 12 Pro Max (and will be buying the same model iPhone 13), the iPad mini just doesn’t have a use case for me. If I want a device that’s always with me, that’s going to be my iPhone, whose screen is not that much smaller than the iPad mini. If I want a larger screen, I’ll use my 12.9-inch iPad Pro, or my Mac.

But the new iPad mini… I’ve really been trying hard to think of an excuse to buy one! One of my colleagues may have come up with one, but I’ll wait for him to tell that story…

Wrap-up on my take on yesterday’s Apple event

So that’s my take. The iPhone 13 is a worthwhile upgrade for iPhone photography and videography fans, as well as for gamers and anyone who needs longer battery life. The larger Apple Watch Series 7 display is very nice, but I’d say it’s worth holding out for a redesigned Series 8. The iPad 9 is nice. But the new iPad mini… that’s the real stunner here!

What’s your view? What most impressed you, and what do you plan to buy? Please let us know in the comments.