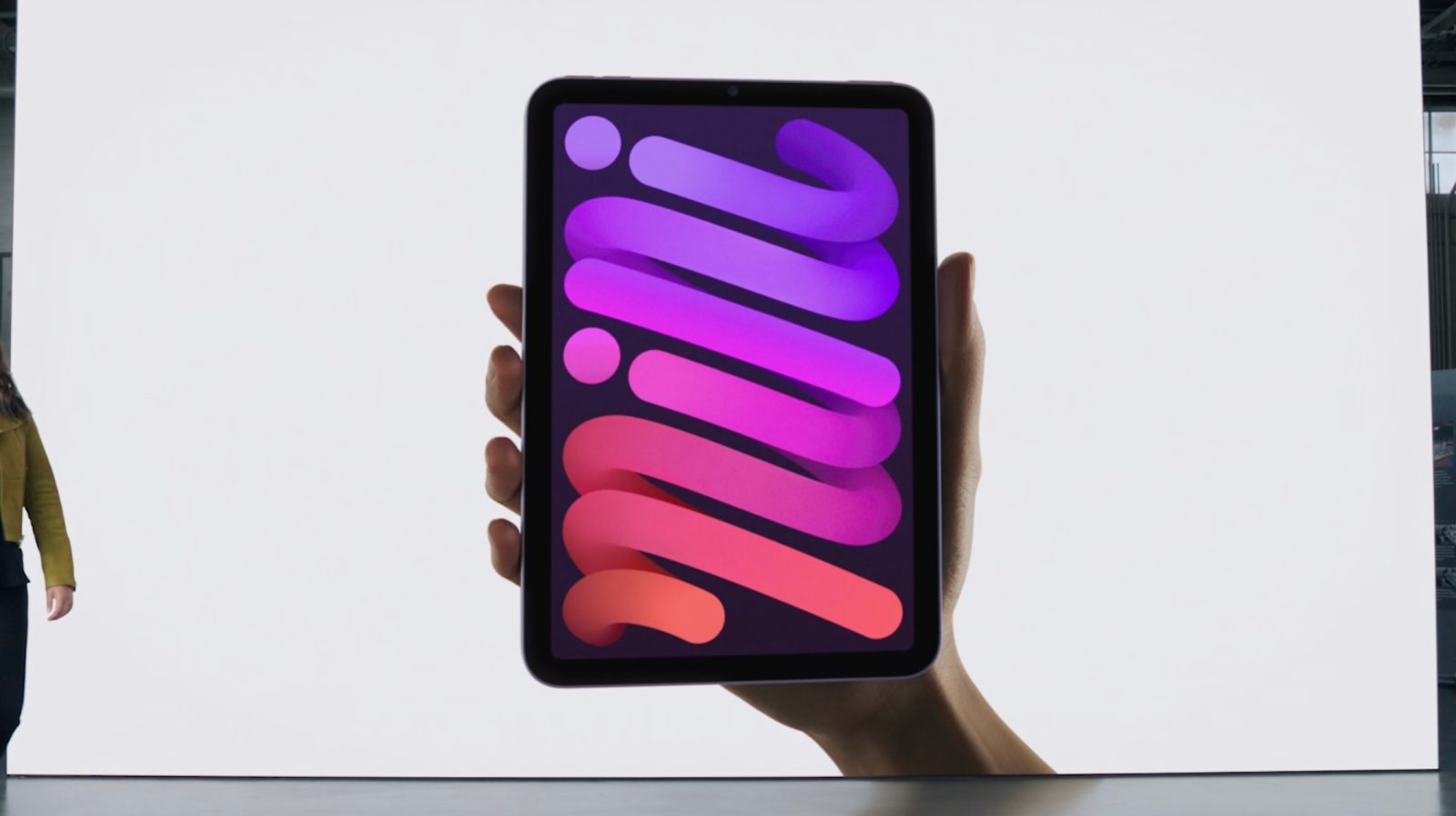 Apple has just announced during its “California Streaming” event a brand new generation of the iPad mini. The smallest iPad in the lineup now comes with a design language that’s similar to that of last year’s iPad Air, with slimmer bezels and no Home Button.

Just as with last year’s iPad Air, the iPad mini doesn’t feature Face ID, but a Touch ID sensor in the sleep/wake button, allowing the user to unlock the device, as well as authenticate within apps and authorize purchases with their fingerprint.

Other specs of the 6th-generation iPad mini include the A15 Bionic chip (the same one that powers the new iPhone 13), an 8.3-inch display, TrueTone, and a USB-C port instead of the Lightning port on the previous generation. It also includes 5G networking on the cellular models.

The back camera has been upgraded to 12MP and a True Tone flash, including support for better Smart HDR thanks to the new ISP. It can also record video at 4K. The front-facing camera also supports Center Stage.

Thanks to its new design, the new iPad mini supports the second-generation Apple Pencil, which can be magnetically attached to the side of the device.

The new iPad mini starts at US$499, with pre-orders starting today.

Follow our live coverage of the Apple event here.