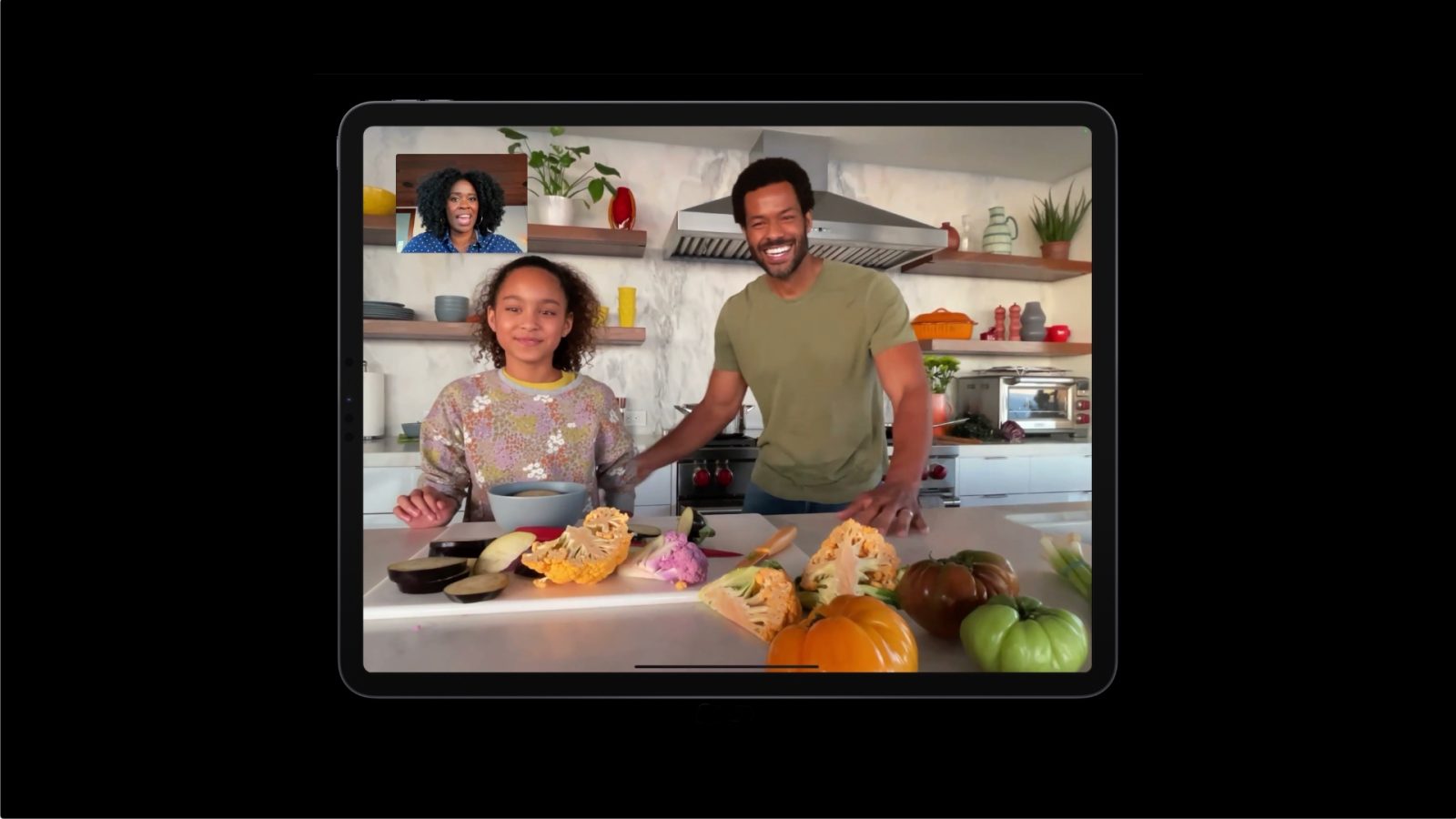 The 2021 iPad Pro reviews are in, and we finally can take a look at this M1 powered tablet with a mini-LED display before its official launch this Friday. One of the features exclusive to the M1 iPad Pro is Center Stage, and we now know how it really works.

A lot of reviewers talked about Center Stage, but MacStories Federico Vitticci gave us the best explanation of how this feature actually works, and MacStories actually built a custom app using the Center Stage API to test the feature. And it’s incredible.

For this Center Stage feature to work, Apple changed the 2021 iPad Pro front-facing camera to a 12MP Ultra Wide lens, which means this iPad has a 122‑degree field of view. Here’s how Apple describes this function:

The all‑new Center Stage uses the Ultra-Wide camera and machine learning to change the way you participate in video calls. As you move around, it automatically pans to keep you centered in the frame. When others join in or leave the call, the view expands or zooms in. Center Stage works with FaceTime and other video conferencing apps for an even more engaging experience.

But, you know, sometimes there’s a difference between what Apple says and how it works in real life – but not this time. According to Vitticci, it feels like “the camera inside the iPad is physically moving”:

When you first try Center Stage during a video call, the effect is both eerie and charming: at first, it’ll look like the camera inside the iPad is physically moving, or like there’s a remote camera operator secretly controlling the ultra-wide camera to keep you properly framed. Instead, Center Stage is the result of the clever combination of an ultra-wide field of view and real-time cropping powered by machine learning.

He conducted a few experiments on how the Center Stage feature works. The first time, for example, he wandered around his room and saw how the front-facing camera would follow him. It actually worked really well.

In another experiment, he tried to see how the Center Stage feature would function when there are two people in the frame. The camera zooms in and zooms out to better fit the two people in the scene. And the impressive part is that it all happens really fast.

Last but not least, there’s a fun fact about the Ultra Wide camera. He explains:

The video begins with an empty shot of my wall. Nobody has entered Center Stage’s “capture zone” yet and the camera is doing nothing. But here’s where another key Center Stage feature comes in: Center Stage can “see” subjects before they’re displayed onscreen and immediately zoom and pan the image to focus on them. Which means this is something Center Stage can do:

There are more examples of this feature here, where you can read his full review.

In The Verge’s review, Dieter Bohn shows that there’s a “bad” thing about the camera, as it is still positioned “in the wrong place.” For Dieter, and I agree with him, the front-facing camera should be located as if the iPad Pro is always in landscape mode and not as it is now like if you’re holding the iPad as you do with the iPhone. So even with the Center Stage feature on, you will probably look like this in a FaceTime/Zoom call:

Wrapping up, this feature looks really great, and it’s one of the top reasons to buy an M1 iPad Pro this Friday. As we’re still trying to leave the pandemic status, Center Stage will significantly improve the video conferencing experience. Since its API is available to third-party developers, it’s just a matter of time before all your favorite video call apps are using this feature.