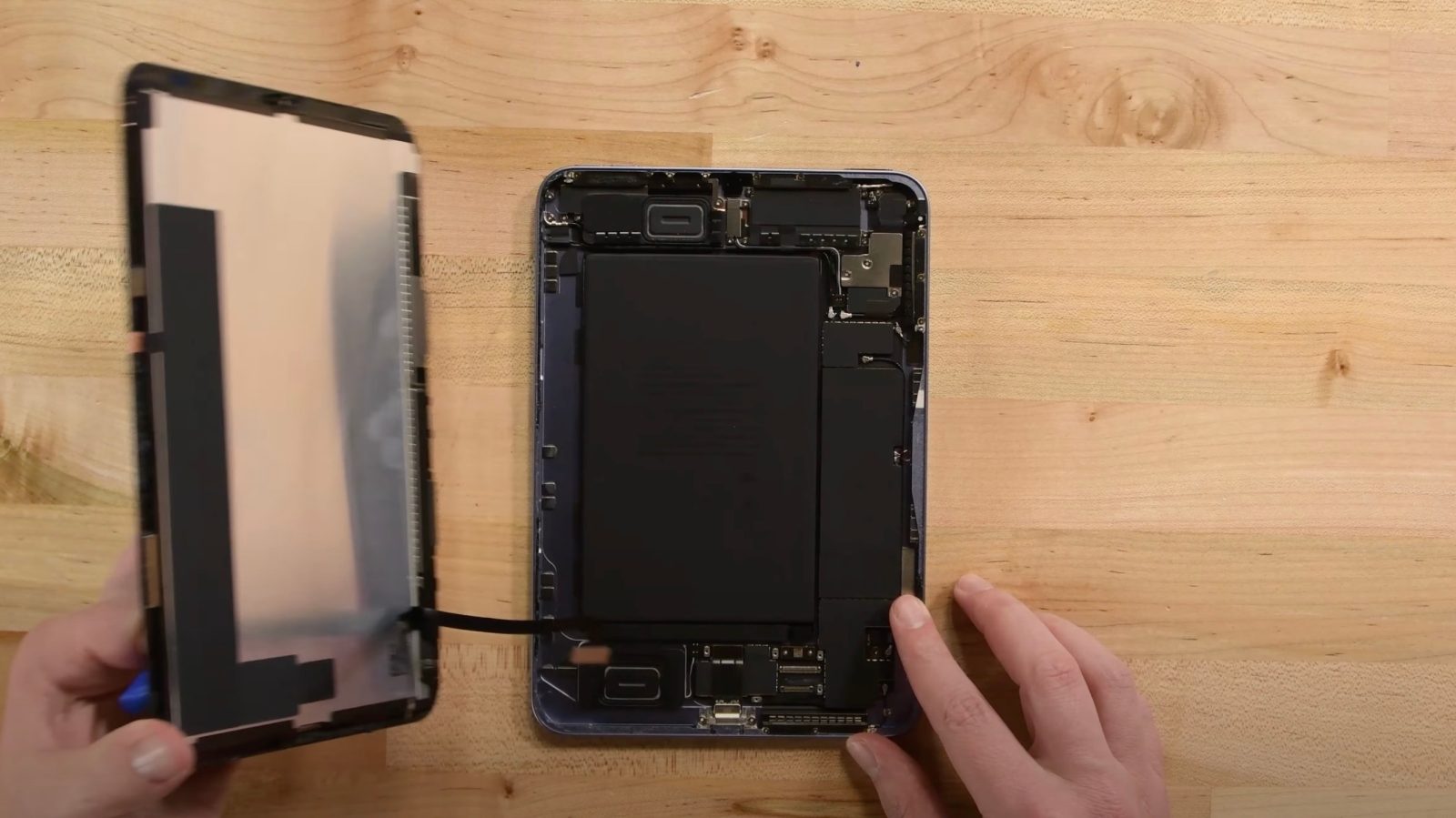 After tearing down the iPhone 13 Pro last week, the folks at iFixit are back with a teardown of Apple’s redesigned iPad mini. The teardown offers a deep dive into the so-called “jelly scrolling” affecting the iPad mini’s display, comparisons to the iPad Air, and more.

In total, this new iPad mini has earned a 3 out of 10 on iFixit’s repairability scale. iFixit explains that while it looks like Apple may have considered making the battery easier to replace this year, it ultimately decided against it and continued to adhere the battery to the device.

The teardown also reveals a modular USB-C connector, which should make it easier to replace the port on your iPad if it were to fail.

Unfortunately, there aren’t any other repairability improvements with the iPad mini. As iFixit explains, Apple is continuing its tactics to limit iPad repairability. The full teardown video can be found below and it is well worth a watch, particularly for its close-up comparison between “jelly scrolling” on the iPad Air and iPad mini.