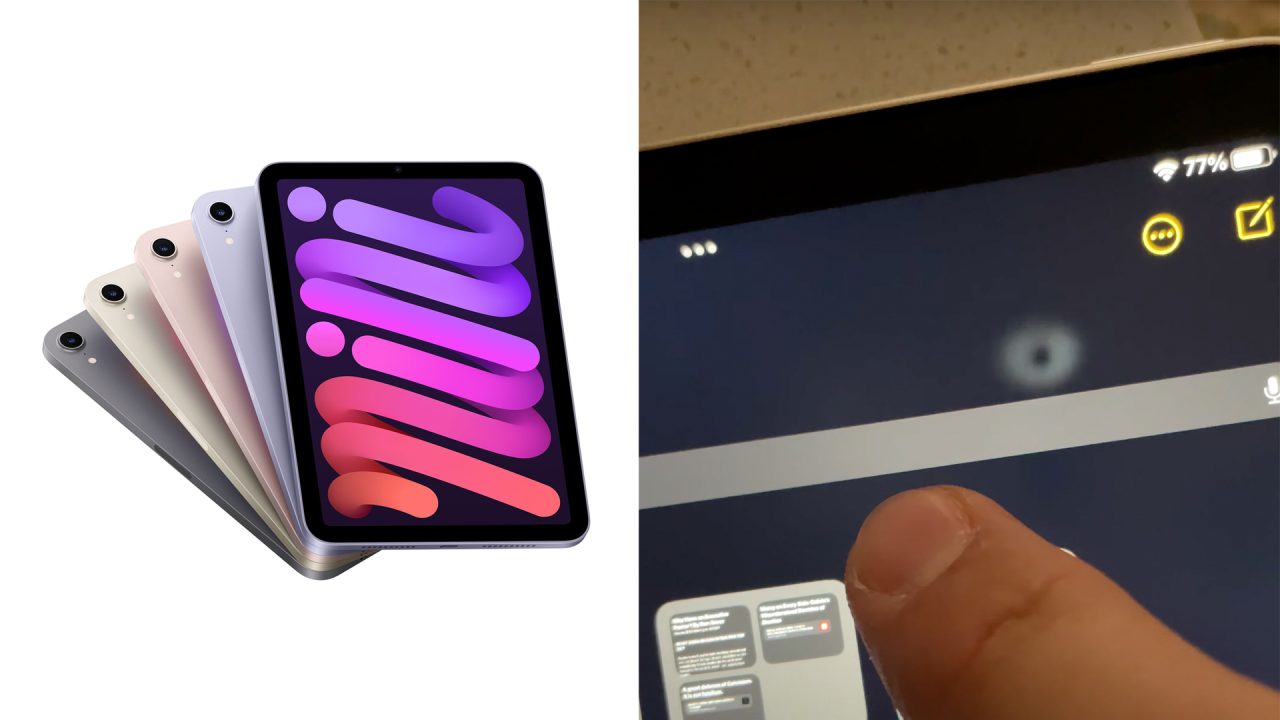 Right after the iPad mini 6 hit stores, users noticed a “jelly scrolling” effect on the tablet’s display, which Apple claims to be completely normal and not a hardware issue. Unfortunately, there are now a few users experiencing further problems with the iPad mini 6’s LCD panel – this time with discoloration and distortions.

As shared by a user on Reddit, some units of the sixth-generation iPad mini may have a manufacturing malfunction in the 8.3-inch Liquid Retina LCD display. This particular user has noticed some distortion and discoloration when touching the screen with the iPad in portrait orientation.

According to the report, the problems become more noticeable when iPadOS is set to dark mode and when the user touches the screen with slightly more pressure than usual, such as when you press and hold something.

I got my 64gb Wi-Fi iPad Mini 6 just about a week ago and noticed that there seems to be an LCD clearance issue – if you put your mini in vertical orientation (with the power button on the top right) push very lightly on the screen and you will see distortion and discoloration about an inch down and in from the top right. On most models this will happen in three spots along the top of the display (when vertical).

Even after receiving a replacement unit from Apple, the new iPad also had the same problem. An Apple Retail employee reportedly told the customer that “he wouldn’t be surprised” if Apple announces a recall for the iPad mini 6 display.

At least so far, this doesn’t seem to be a widespread hardware problem. A few other users on Reddit have managed to replicate the distortion on the iPad mini 6 LCD, while others say they haven’t experienced this problem. Users affected can take their iPad mini to an Apple Store or Repair Center to ask for a replacement unit.

Have you noticed any issues with the iPad mini 6 display beside the “jelly scrolling” effect? Let us know in the comments below.