How to Trade in Your Apple Watch — The Ultimate Guide 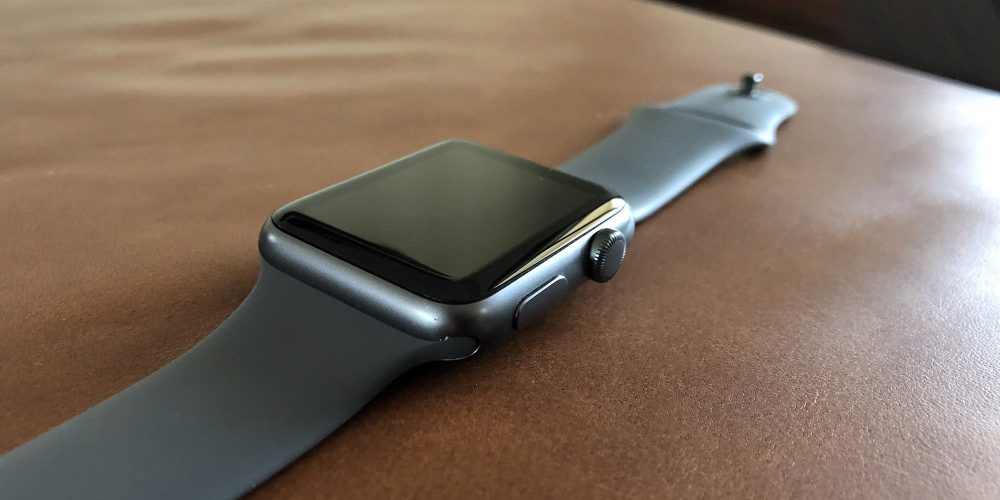 So that Apple Watch of yours is starting to feel a bit dated, and you’re looking to trade in for the latest style, eh? This ultimate guide should help you with that little problem. Whether it’s a new Series 4 or a dying and struggling to keep up Series 0, we’ll show you all the options for trading in your Apple Watch — if that’s selling it on eBay or Swappa, sending it off to one of many recycling sites, or trading it in with our trusted partners to get quick cash for your old gear in just a couple clicks.

Trade in Your Apple Watch with 9to5Mac

9to5Mac has partnered with leaders in the iPhone/iPad/Laptop cash trade-in and repair industries. The easiest way to get cash for your device is to head over to trade-in.9to5mac.com for an instant quote. We chose this partner in particular because of their industry-leading paybacks, rapid payment service, integrity, and reliability. They’ll accept most iPhone, iPad, Apple Watch, MacBook, iPod, Apple TV, AirPods, and more — as long as they are relatively recent and in working order, of course.

While 9to5Mac does do business, use, and endorse MyPhones Unlimited, the sites are external and we cannot be held liable for your experience with them. We may receive a small commission if you are satisfied with and move forward with your cash trade-in or repair, which is a great way to support the site. We love MyPhones, and we use it ourselves.

Trade in your Apple Watch at Apple Trade In/GiveBack

Just like with trading in old iPhones and iPads, you can also send your Apple Watch in to Apple directly through their Trade In/GiveBack program. With Trade In/GiveBack, you’ll get credit in the form of an Apple Store gift card to put toward any future Apple purchase — iPad, iPhone, whatever you want. You can get started on Apple’s website by choosing Apple Watch and entering the serial number you can find in the Watch app.

Apple Trade In/GiveBack isn’t the most generous trade-in option when it comes to trading in your Apple Watch, but it is very easy and dealing with Apple comes with a peace of mind you won’t find elsewhere — you can be absolutely sure that the price you’re quoted for your old Series 1 Apple Watch (which, honestly, won’t be much) is going to be yours — unless you send in something other what you said you would.

Trade In/GiveBack also isn’t limited to just taking old Apple Watches. Apple will take your iPhone or smartphone from a variety of OEMs, MacBook, iPad, and even iMac. They’ll also recycle anything that they won’t buy. Head over to Apple GiveBack to get started.

Trade in your Apple Watch at MyPhones Unlimited

MyPhones Unlimited is our Apple Watch trade in spot of choice — as mentioned, we’ve partnered with them for our own 9to5Mac trade-in portal. At MyPhones Unlimited, you’ll find an excellent combination of trade in values, seamless experience, and customer service.

Trade in your Apple Watch at Decluttr

Decluttr is a great destination for trading in your iPhone, and they tend to offer some of the best trade in values on the market. Decluttr has great reviews on Trustpilot, and we’ve work with them as a partner in the past — so they’re definitely one of the sites we would use ourselves.

Trade in your Apple Watch at Gazelle

Apple Watch owners also have the option of trading in their old smartwatch through Gazelle. In my experience, their trade in values are a bit lower than the rest of the options on this page, but they’re a popular and reliable destination nonetheless. The process of trading in your Apple Watch with Gazelle works about the same as the rest of the other device trade in sites.

Trade in your Apple Watch at Best Buy

You can also trade in your Apple Watch at select electronics retailers around the world. In the US, the most popular destination is Best Buy, which takes iPhones, iPads, gaming hardware, Apple Watch, streaming media, and more.

Chances are your cellular carrier would also love to take your old Apple Watch off your hands. Depending on the carrier, you should be able to get a pretty decent quote for your Apple Watch. One upside, too, is that your carrier will often just put your trade in value toward your bill, meaning you might be able to skip a phone bill for a month or two with your Watch trade in. You can find a trade in program at just about every major carrier, including Verizon, T-Mobile, AT&T, and Sprint. Here are some quick links if this is the direction you want to go:

Gazelle, MyPhones, and Apple GiveBack aren’t the only destinations for trading in your Apple Watch. Some sites, if you’re willing to give them a chance, might even offer more. Be aware, though, that depending on the site you might run into issues not actually get those extra dollars. Some sites have rough Trustpilot ratings with reported issues with receiving payments for their devices, for example.

That said, these sites aren’t all bad — many of them have enough positive reviews and reputation that it’s pretty unlikely you’ll get straight up scammed. Check out Trademore, Igotoffer, Itsworthmore, and BuyBackWorld if you want to dig around to find an alternative destination to trade in your Apple Watch.

When it comes to selling your Apple Watch yourself, Swappa is one of the best sites on the web with a quickly growing community. The things that makes Swappa stand out from the crowd is that it’s a marketplace dedicated to selling consumer electronics like the Apple Watch, iPhone, iPad, Android phones, and more. they also have pretty low flat fees and they’re transparent throughout the process.

If you’re serious about getting the max value out of your Apple Watch while also resting on the comforts of a proven and well-moderated community of buyers, Swappa is the place to be . All transactions go through PayPal and come with the protections that provides, and the Swappa team has done a great job of making sure first-time sellers feel confident and secure fishing for a good buyer for their lightly-used goods.

eBay is undoubtedly the most popular place to sell used anything on the web, and it should come as no surprise that a fair volume of Apple Watches are swapped there indeed. It might not the be the easiest or most secure of destinations to sell your Apple Watch, but it does have the largest pool of potential buyers. And unlike Swappa, you can hold auctions to potentially juice that Apple Watch for every dime it’s worth.

It goes without saying that eBay is a pretty good place to get a fair price for your Watch, but it also comes with a few downsides. It’s going to take way more work to list and watch and monitor and eBay listing than it will to just send in your device through a trade in site, and you’re also putting yourself at slightly higher risk of ending up with an undesirable buyer. eBay’s fees are also higher than many other sites. Check out eBay.

More trade in guides on 9to5Mac: