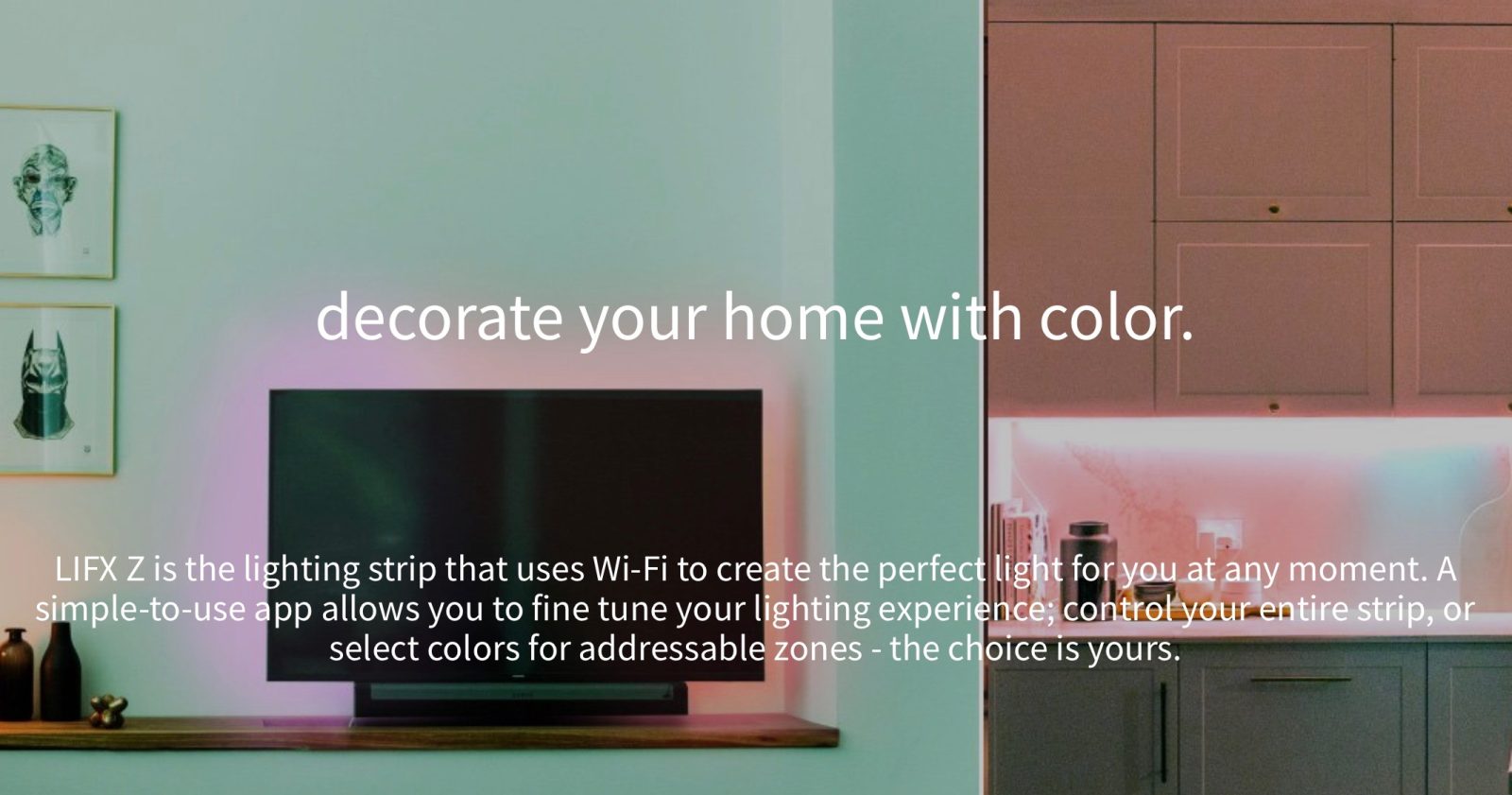 The adoption of HomeKit support from IoT device manufacturers gets a small boost today with LIFX launching its two latest products.

First, the company has released a new version of its LED light strip called the LIFX Z Starter Kit with HomeKit. Coming in at $89.99, the kit includes two 1 meter (3.3 foot) LED strips and the power pack. Like the company’s other products, there is no hub needed, everything is contained in the power supply.

Compared to the Philips Hue LightStrip at $86 that requires a hub, the LIFX Z Starter Kit is priced pretty competitively. However, Sylvania’s recent HomeKit light strip (hub-less) undercuts both at $60.

The other new product LIFX has announced is its HomeKit Compatible Controller. This comes either with just the controller for $40 or the power supply and controller for $50 and retrofits the previous LIFX Z light strips with HomeKit compatibility.

The LIFX Z Starter Kit with HomeKit is shipping now directly from LIFX or from Amazon, while the HomeKit Compatible Controller will be shipping next month.