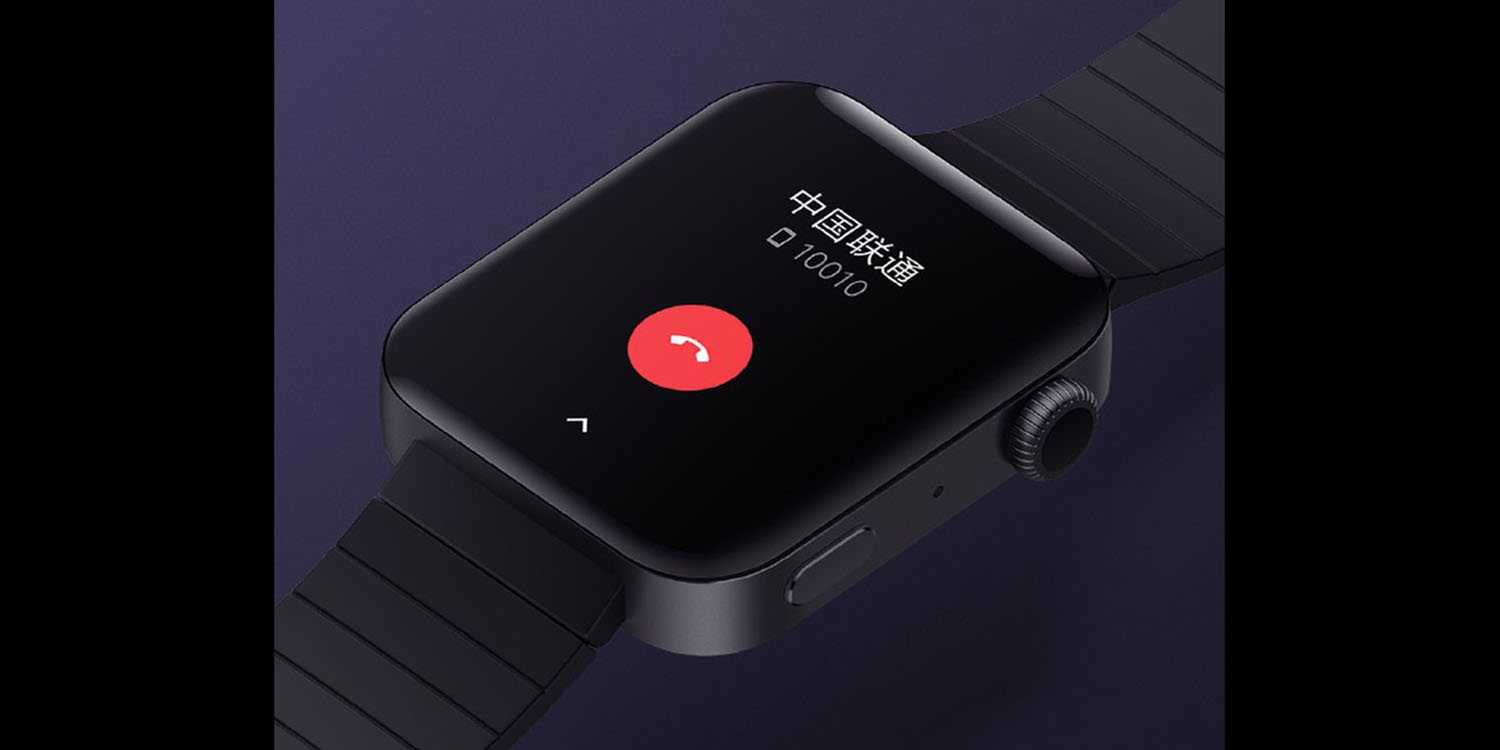 The new Xiaomi smartwatch hasn’t yet been officially launched, but the company has shared images and details for the device, which will probably be named the Mi Watch.

Unsurprisingly, for a company born out of copying Apple devices, the Mi Watch bears an, er, strong resemblance to the Apple Watch…

Xiaomi’s history of cloning everything Apple

Xiaomi’s cloning of Apple products began way back in 2014 with the MiPad, a tablet where everything from the name to the marketing materials were designed to look and sound like the iPad mini.

That was followed the same year by an Android skin designed to make the company’s phones look like they were running iOS.

2018 saw a clone of the iPhone X in the form of the Mi 8. This copied the notch, the rear glass and even had similar-looking wallpaper.

Even the company’s keynote presentations copied everything from Steve Jobs’ trademark jeans and black polo-neck to his famous ‘one more thing’ catchphrase.

Most Android smartwatches are round, but Xiaomi opted for a rounded rectangle. With a digital crown. And a pill-shaped side-button. Probably just two ‘similarly skilled designers reaching the same conclusion’…

XDA Developers found the images on Weibo after the company seemingly decided to share them ahead of next week’s official product launch, together with some products from the Chinese product certification organization TENAA.

Xiaomi is no stranger to smart wearables, as its Mi Band lineup of smart bracelets/activity trackers have been instrumental in shaping the market in several regions. The upcoming Mi Watch, however, is going to be Xiaomi’s first true smartwatch, instead of being just a smart bracelet with a large display. Xiaomi has gone ahead and shared official product shots of the device, much before its November 5 launch.

Xiaomi is also giving us a peek on some of the other features of the Mi Watch. The Mi Watch will independently support WiFi, GPS, and NFC, and also comes with a linear motor and a speaker. The watch will also support an eSIM, so you will very likely be able to make phone calls on the device too if you really wanted to. The Mi Watch will also come with a Qualcomm SoC, but we predict that the watch will come with the Qualcomm Snapdragon Wear 3100 and not the Qualcomm Snapdragon Wear 3300 that we reported on just a while ago.

The overall look of the Apple Watch has already been copied by fellow Chinese company Huami, but the Xiaomi smartwatch is a much closer copy of the Cupertino company’s design.

One irony is that the Mi Watch has a more slab-sided design along the lines of the current-gen iPad Pro. We’re expecting Apple to adopt a similar look for next year’s iPhones, and it’s therefore entirely possible the design might someday make it to the Apple Watch too. In this case, then, Xiaomi might have managed to anticipate one element of a future Apple design.