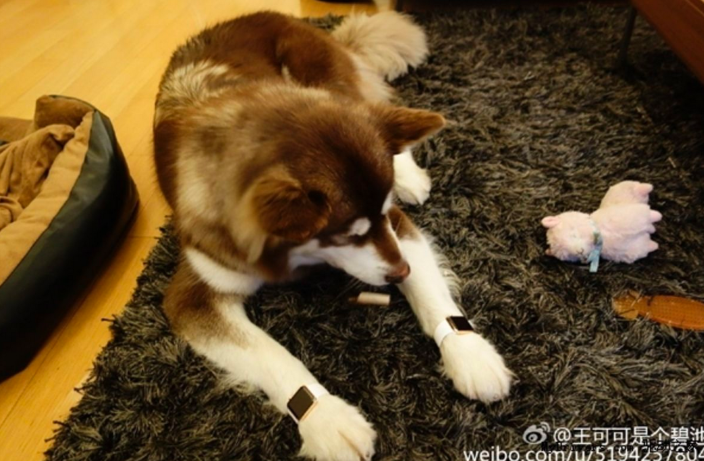 The 27-year-old son of China’s richest man took to social media site Weibo to post photos of his dog wearing not one but two gold Apple Watches.

According to Shanghaist, the caption on the photos reads: “I have new watches! I’m supposed to have four watches since I have four long legs. But that seems too uncouth so I kept it down to two, which totally fits my status. Do you have one?”