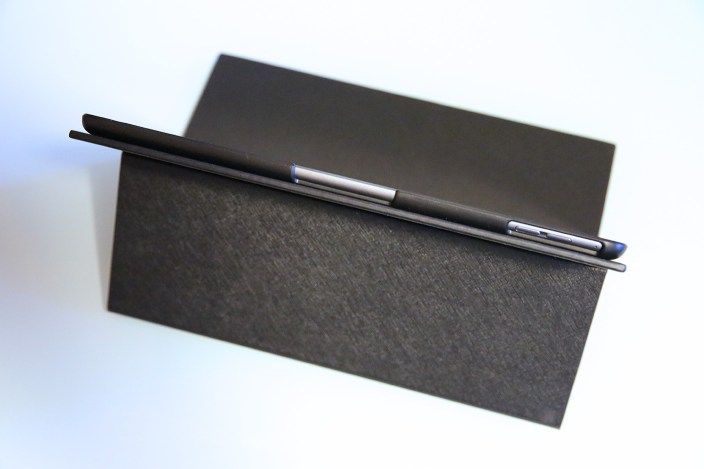 As 2014 comes to a close, there aren’t a lot of iPad Air 2-specific cases on the market, and some developers are already taking shortcuts — cutting extra holes in old iPad Air cases — just to get “iPad Air 1+2” products out. So when new cases are supposedly tailored just for the iPad Air 2, I’m interested in seeing how well they actually fit and protect Apple’s latest tablet, even if their designs are otherwise highly familiar. That’s why Skech’s Base ($45) and Skechbook ($40) are here.

They’re both fabric folios with iPad Air 2-sized plastic hard shells inside. Offered in black, blue, or pink, Base has rounded corners and feels like waxed canvas, while the black-only Skechbook has boxy, hardcover book-like edges and is wrapped in “vegan leather.” Just like Apple’s more expensive iPad Air 2 Smart Case, neither accentuates the Air 2’s thin body, but they work as basic protective and stand solutions. 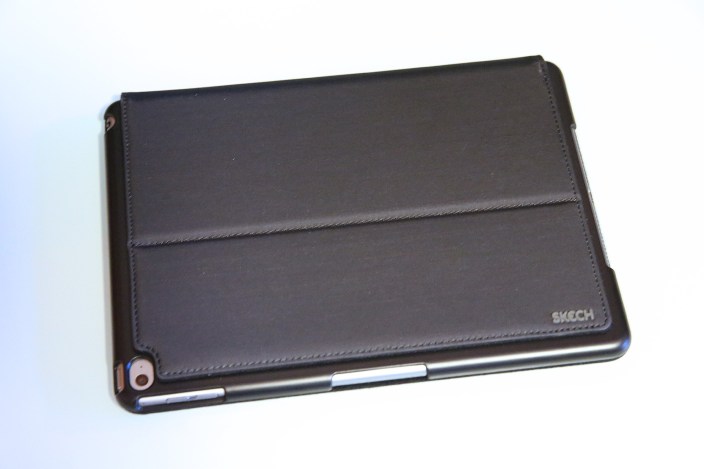 Base is simultaneously the more conventional and yet better-contoured of the two cases. Soft-lined with fabric on the inside and a vinyl-like material on the outside, it’s stitched around its outer edges, and along a foldable seam in the back. The fabric deliberately ends roughly a half-inch short of the top, left, and bottom, exposing the hard plastic iPad shell, which itself leaves holes for the ports, microphones, camera, buttons, and speakers, plus an unnecessary 1.6″-long strip of metal on the Air’s edge. Without button, speaker, and full side coverage, it’s far from the most protective iPad folio we’ve seen, but it’s adequate under most circumstances. 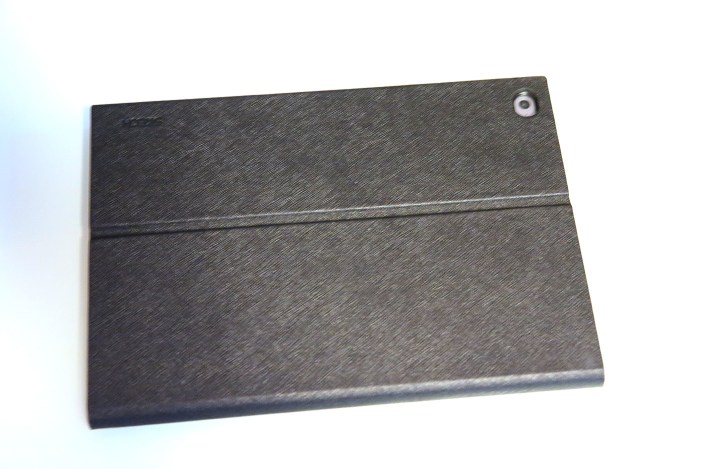 Skechbook uses the exact same iPad plastic shell, only tucked inside a boxy folio that extends out to the shell’s furthest edges. The folio is not tailored around the iPad’s side or top buttons, which makes them a little difficult to press, though the extension of the faux leather winds up providing a little extra coverage for the shell’s open ports and speakers. Of the two cases, the book-like Skechbook is a little more handsome and distinctive, but the difference isn’t huge.

Both cases operate in the same basic way. Open the front lid and hidden magnets activate the iPad Air 2’s screen, only unlocking it if Touch ID is disabled; closing the lid always turns the screen off. Fold the iPad shell onto the base and you can adjust the screen angle for video viewing; Base uses a thin strip of Velcro to hold numerous angles, while Skechbook uses anti-slip rubber to similar effect. Both cases do a nice job of holding whatever landscape viewing position you prefer, but only Base can support a typing angle. 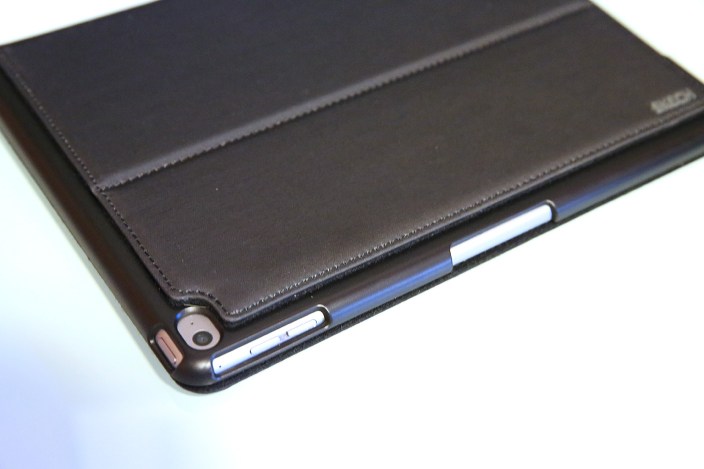 The chief issue with both of these cases and most others we’ve seen for the iPad Air 2 is their thickness. Between the plastic shell, the front lid and the rear support, they nearly triple the Air 2’s naturally thin body — bulkiness that will only be fixed by rethinking the necessary thickness of the fabrics and cardboard commonly used in folio designs. No one, even Apple, appears to have taken this step yet; SwitchEasy’s markedly thinner but similarly functional Rave (reviewed here) is the best alternative we’ve seen at a similar price point. 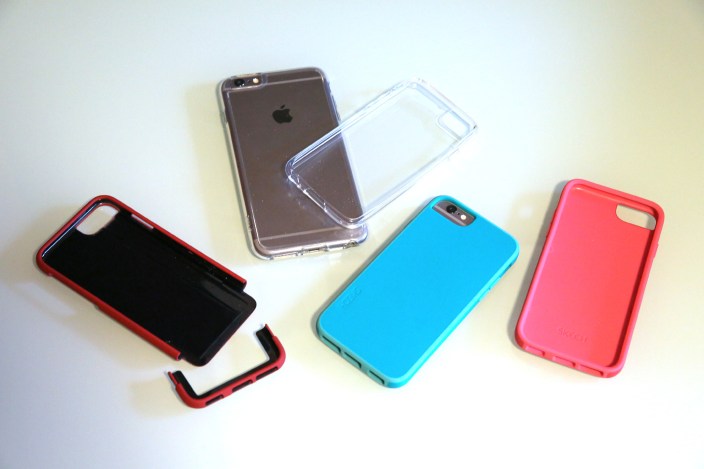 That said, Base and Skechbook are competent iPad Air 2 cases at a time when good options are few in number, and great options are not yet available. They don’t have the little frills of the company’s iPhone 6 cases, such as the dock-compatible slider Hard Rubber (above left), completely clear dual-material case Crystal (above middle), or fully rubber-wrapped shell Ice (above right), each armed with one uncommon design asset that sets it apart from the pack. But if you really like either Base or Skechbook’s look, and don’t mind the bulk, their build quality and pricing are reasonable.