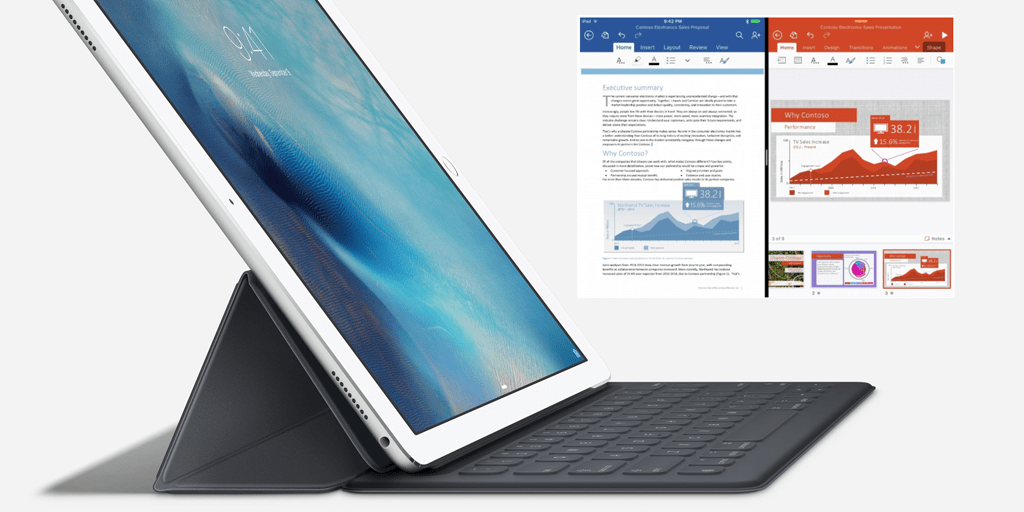 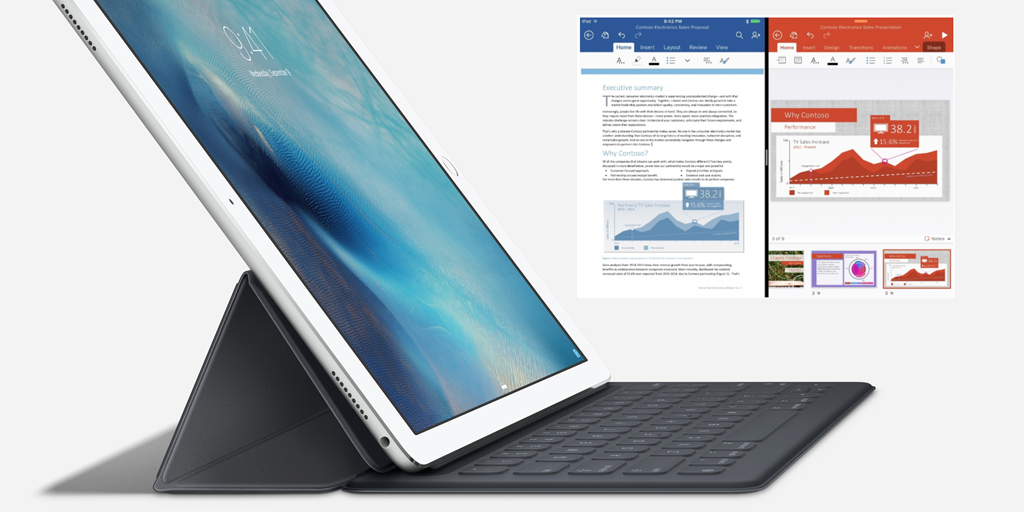 Microsoft has announced that its Office apps will be all set for the launch of iOS 9 and the iPad Pro, with support for multi-tasking and marking up documents using the Apple Pencil. The company highlighted five features on its blog, the first two of particular note.

Slide Over lets you open a second app without leaving the one you’re in. Jot down a reminder in OneNote while you’re catching up on email. Or reference your notes while you’re working on a PowerPoint presentation.

With Split View, you can have two apps open and active at the same time. Copy numbers from Excel into PowerPoint or rehearse a PowerPoint presentation while reviewing background information in Word …

Additionally, if you tap on an Office attachment in Outlook, it will now automatically open the document in Word, Excel or Powerpoint in a second window alongside Outlook; presenters can view their PowerPoint slides alongside their talking points in OneNote; and the Apple Pencil can serve as both a pen and a highlighter to mark up documents just as you would on paper.

Microsoft is also supporting the Time Travel feature in watchOS 2, allowing you to skip forward and back in your Outlook appointments right from the main watch face, and Translator will now automatically show you the correct greeting (Good morning, afternoon or evening) based on your country and time of day.