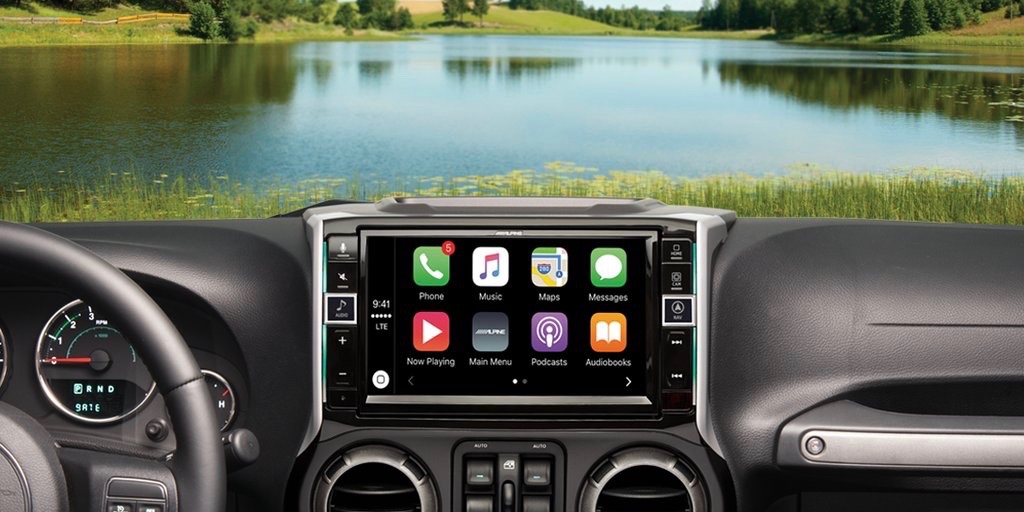 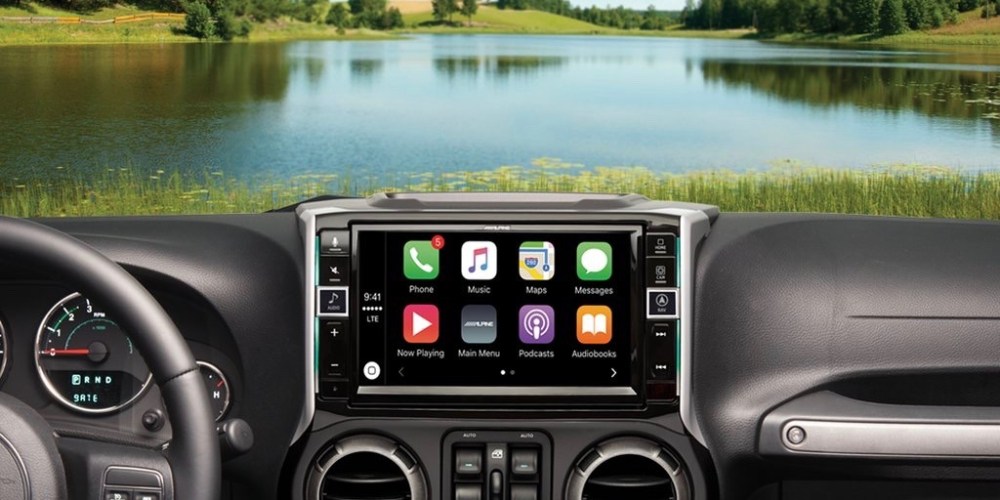 Alpine unveiled its 9-inch aftermarket display with CarPlay support back in January, and starting this week the giant screen is now available for purchase. Alpine’s i109-WRA Restyle dash system isn’t cheap, however, as the 9-inch CarPlay screen retails for $2500 and only works with 2011 and newer Jeep Wranglers. Kia is also making news in the CarPlay space this week as the auto company detailed upcoming availability on three of its 2016 and 2017 model cars.

Alpine’s i109-WRA Restyle dash system features a 9-inch capacitive touchscreen plus hard key buttons for functions like returning to the Home screen, accessing the backup camera (not included), and going to Maps for navigation. There’s also a dedicated microphone button for accessing Siri, and steering wheel controls are also supported.

Aside from CarPlay, the i109-WRA also features AM/FM radio, three 2V pre-outs, one AUX AV input, 24-bit DAC, and MediaXpander technology; Bluetooth doesn’t appear to be supported, however, and wireless CarPlay isn’t either.

Alpine’s giant (and pricey) Jeep Wrangler CarPlay screen joins its ILX-007 aftermarket CarPlay screen for all cars, which features a 7-inch capacitive display and retails for $800 (currently $545 on Amazon/$599 at Best Buy). 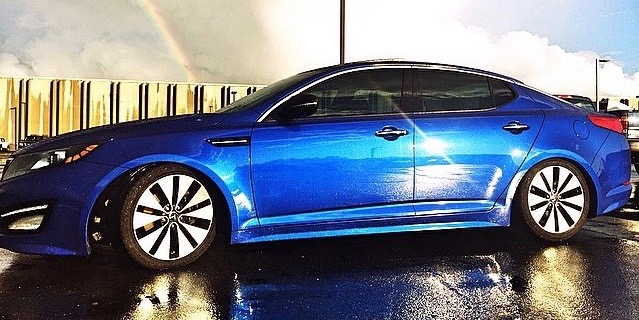 And if you’re looking to have CarPlay pre-installed in your next car purchase, Kia has shared an update on its plans to support the iPhone infotainment feature in three of its current models: 2017 Sportage, 2016 Optima, and 2017 Sorento.

Kia previously announced plans for CarPlay support for those three models with each listed on Apple’s detailed site for which cars support the feature, and added its 2017 Cadenza to the list back in March.

CarPlay lets drivers use iPhone apps like Phone, Music, Maps, and Messages on the in-dash screen in the car; a variety of App Store apps are also supported including these. Earlier this year, iOS 9.3 for iPhone enhanced the Maps and Music apps for CarPlay users. For aftermarket CarPlay screens, Pioneer’s AppRadio 4 which features a 6-inch capacitive display and Bluetooth support for under $600 (currently $460) is my pick recommendation for getting the feature. Check out more CarPlay hands-on coverage with iOS 9 here.