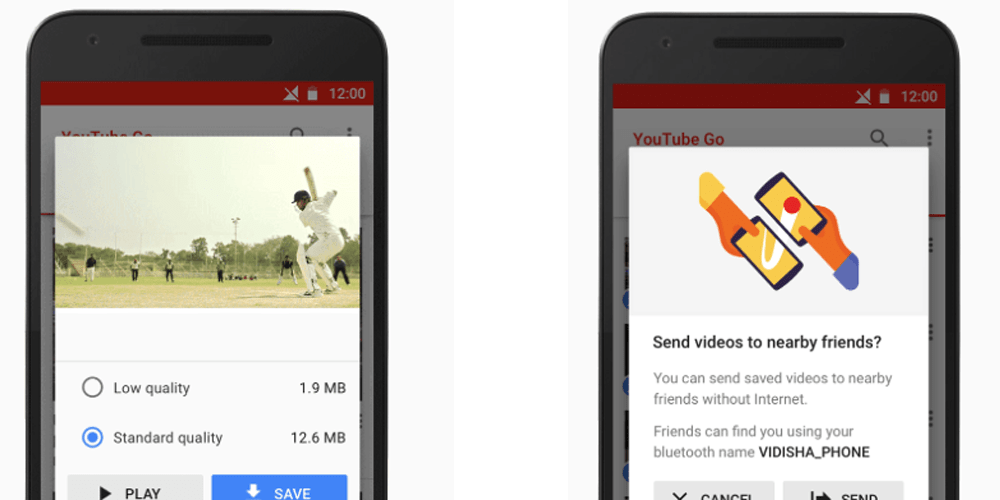 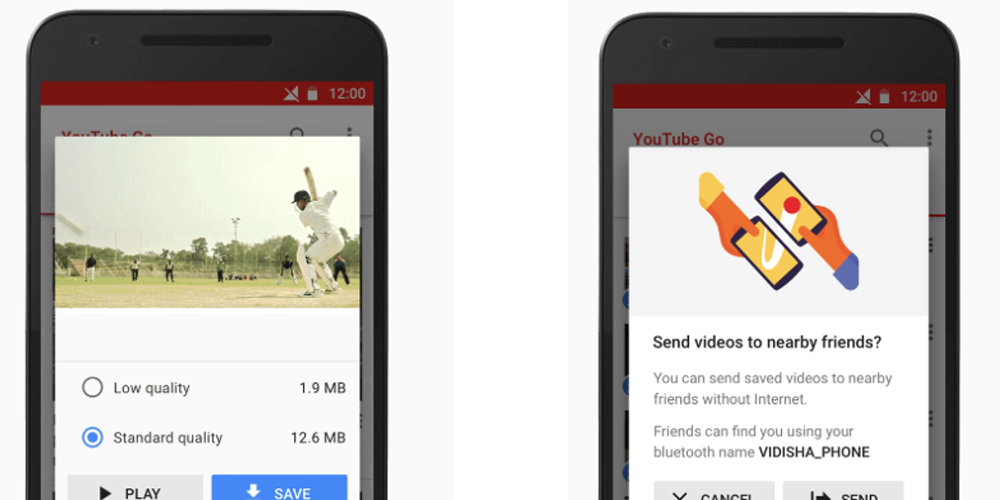 If you love watching YouTube videos on the move but hate large data bills, Google has good news for you: it is introducing YouTube Go, an app specifically designed to minimize mobile data usage.

The bad news is that YouTube Go will initially be available only in India, but the company has said that it will be rolled out to other countries later, and hinted that both the U.S. and Europe are on the list.

First, an offline mode that allows you to download videos overnight to watch the next day. Second, a preview mode that starts by showing you an animated GIF, so you can decide whether or not you want to watch the actual video. Third, you can see exactly how much data will be used in each of the available resolutions, and choose the one you want.

Finally, if you want to share a video with a nearby friend, you can send it directly from your iPhone to theirs via Bluetooth, allowing them to watch it without incurring any data charges.

Google’s blog post doesn’t give any indication of when the app might be launched in other countries, but it does provide some encouragement.

While most of today’s launches focus on Google users in India, we have learned that building for mobile-first countries ends up helping the world’s first-billion users as well. One example: India inspired us to make Maps Offline — a way to download a map to your phone so you can navigate around town even without a data connection. But now people around the world, especially in the U.S. and Europe, are using offline maps to get seamless navigation in mountainous areas or patches in urban centers where connectivity cuts out. Building for India and other countries where the next billion Internet users are coming online not only improves their experiences, it gives us better ideas that work for everyone.

There’s a webpage where you can enter your email address or phone number to be kept informed.