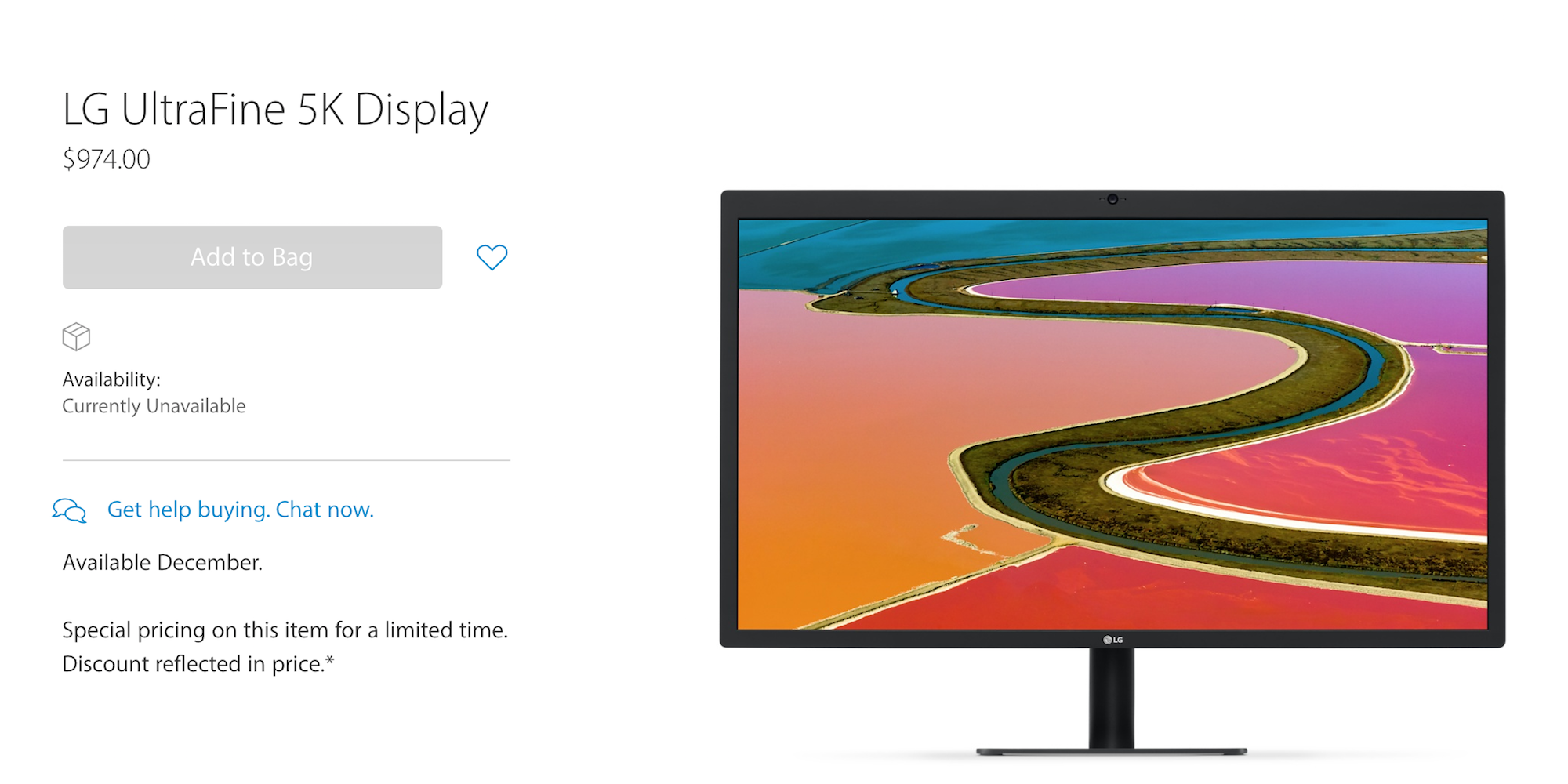 Following an announcement from Apple today that it would decrease prices of USB-C accessories to help ease the transition to the all USB-C ports on the new MacBook Pro models, it’s also offering discounted pricing on the new LG UltraFine 5K and 4K displays that it introduced to go alongside the new Thunderbolt 3-equipped Macs. The deals get you around 25% off the newly announced displays made for the new MacBook and MacBook Pro models.

The new LG UltraFine 5K display is currently listed on Apple’s website for $974, down from an original listing price of $1299 when Apple first unveiled it at the MacBook Pro unveiling event late last month. The display isn’t yet available to order and is expected to become available sometime in December.

A 4K version of the display has been discounted to $524 down from an original $699 list price and is available to order now with a shipping estimate of 5-6 weeks.

The 5K display is compatible with and made specifically for Apple’s new MacBook Pros that come equipped with USB-C/Thunderbolt 3 ports, while the 4K version will work with the 12-inch MacBook and MacBook Pro via USB-C and likely older Thunderbolt 2-equipped Macs with an adapter.

Earlier today Apple announced it would offer discounted pricing on a number of its own USB-C accessories as well as those it offers from third-parties through both its online and retail stores. Apple said the limited time pricing will last through the end of the year.