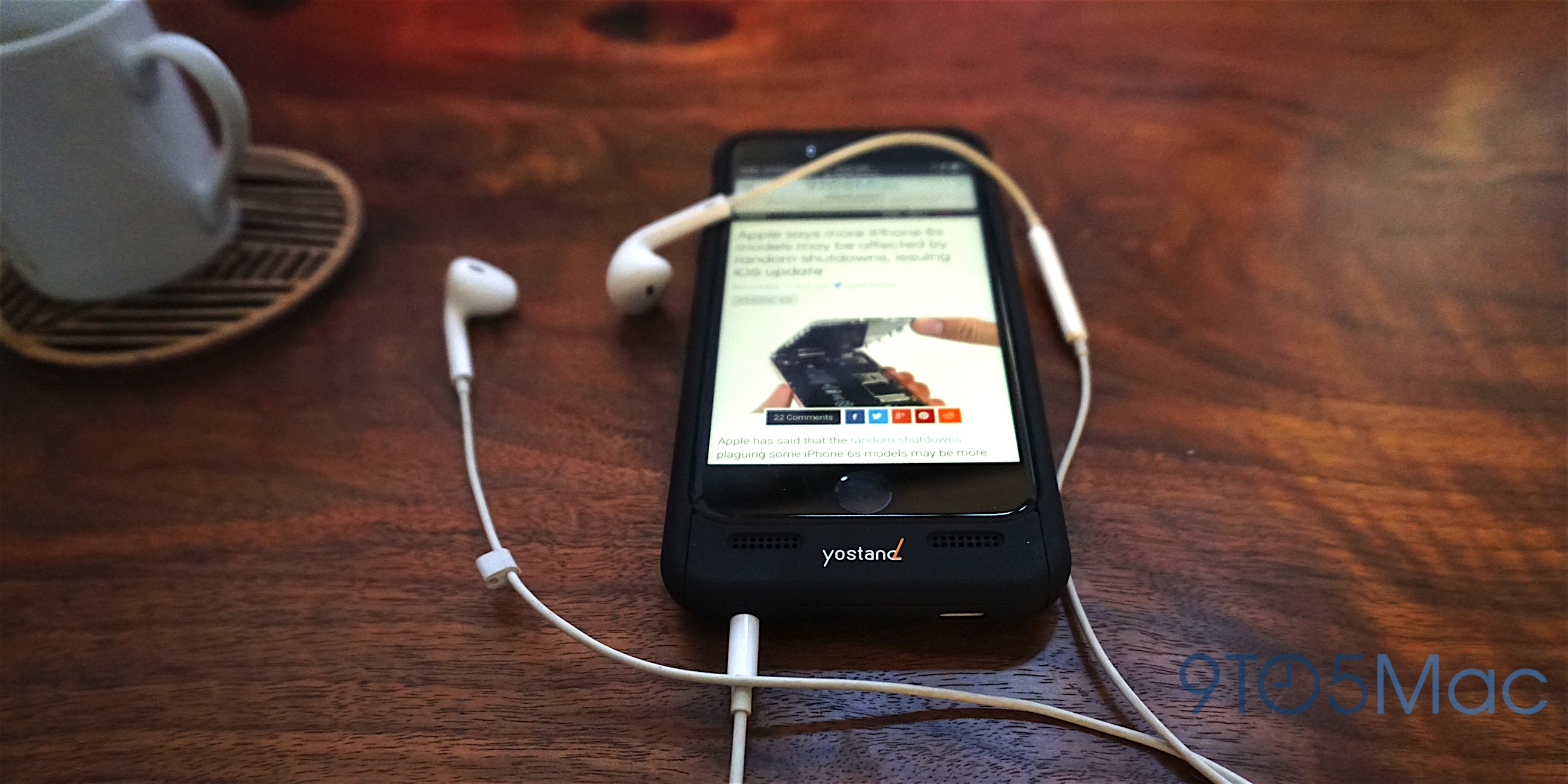 This iPhone case launching on Indiegogo today is one of the first Apple certified, made-for-iPhone cases that adds a 3.5mm headphone jack back to your iPhone 7. It’s a battery case that connects to your device with a built-in Lightning connector, and it also has a female Lightning port to charge the battery using your iPhone’s charging cable. On top of being one of the first cases to offer audio over Apple’s Lightning connector to facilitate the 3.5mm headphone jack, the model I reviewed also included Qi-wireless charging.

A competitor announced a crowdfunding campaign for a similar product a few months back, but this is the first actual production sample we’ve been able to go hands-on with. And the iStand case packs in a few other tricks including a built-in stand and, as mentioned above, one model that offers Qi-wireless charging via a dock the company also sent over for review. 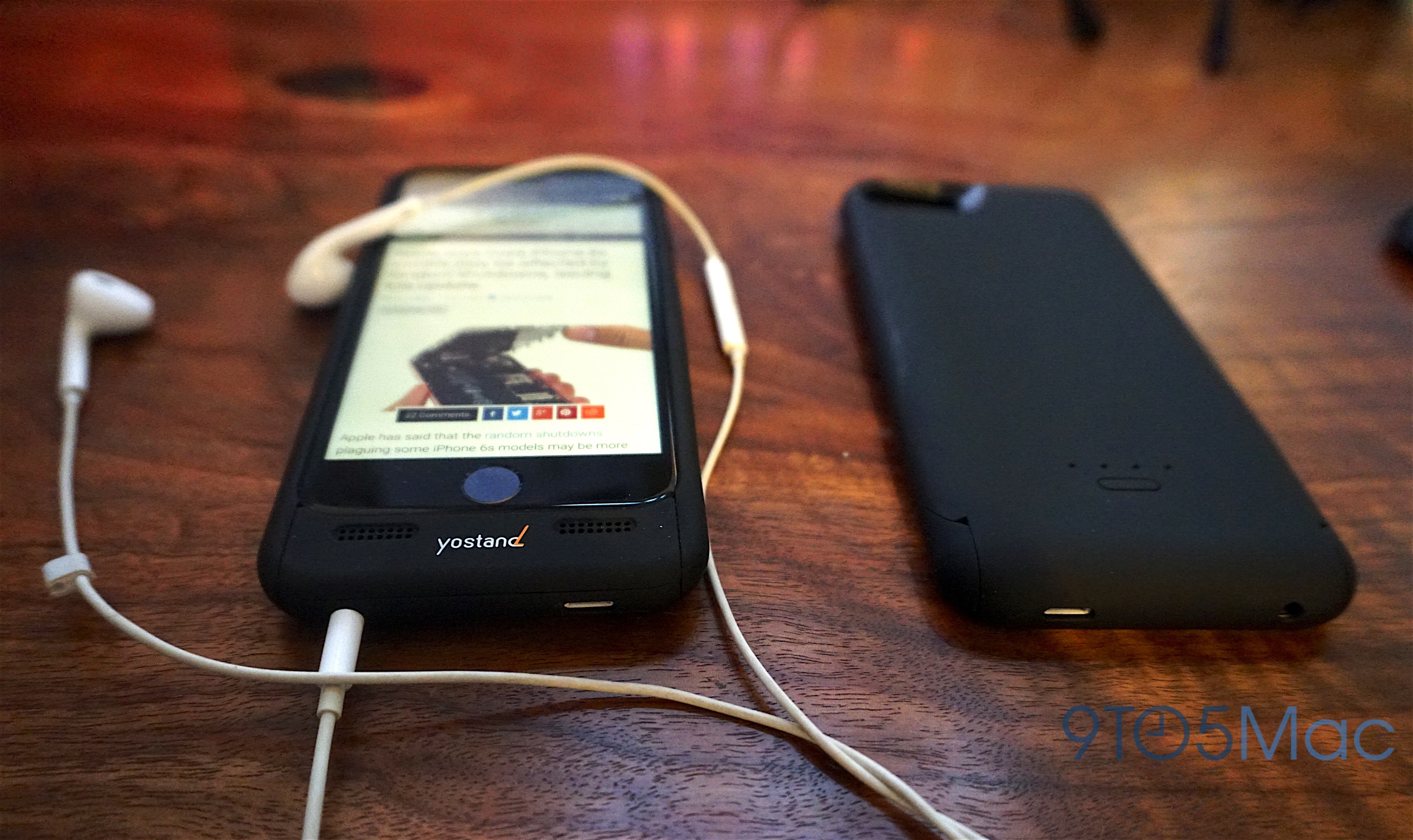 One of the most notable aspects of the case is the fact that it manages to be quite slim and well-designed as far as battery cases go while still cramming in as much functionality as it does. The case measures 0.5 inches (12.9mm) at its thickest, compared to 14.5mm for Apple’s Smart Battery case or 15.5mm for Mophie’s case. It’s made of a nice feeling black matte material, and the build quality feels all-around solid. On the back there are indicator lights to see how much juice is left in the battery itself. 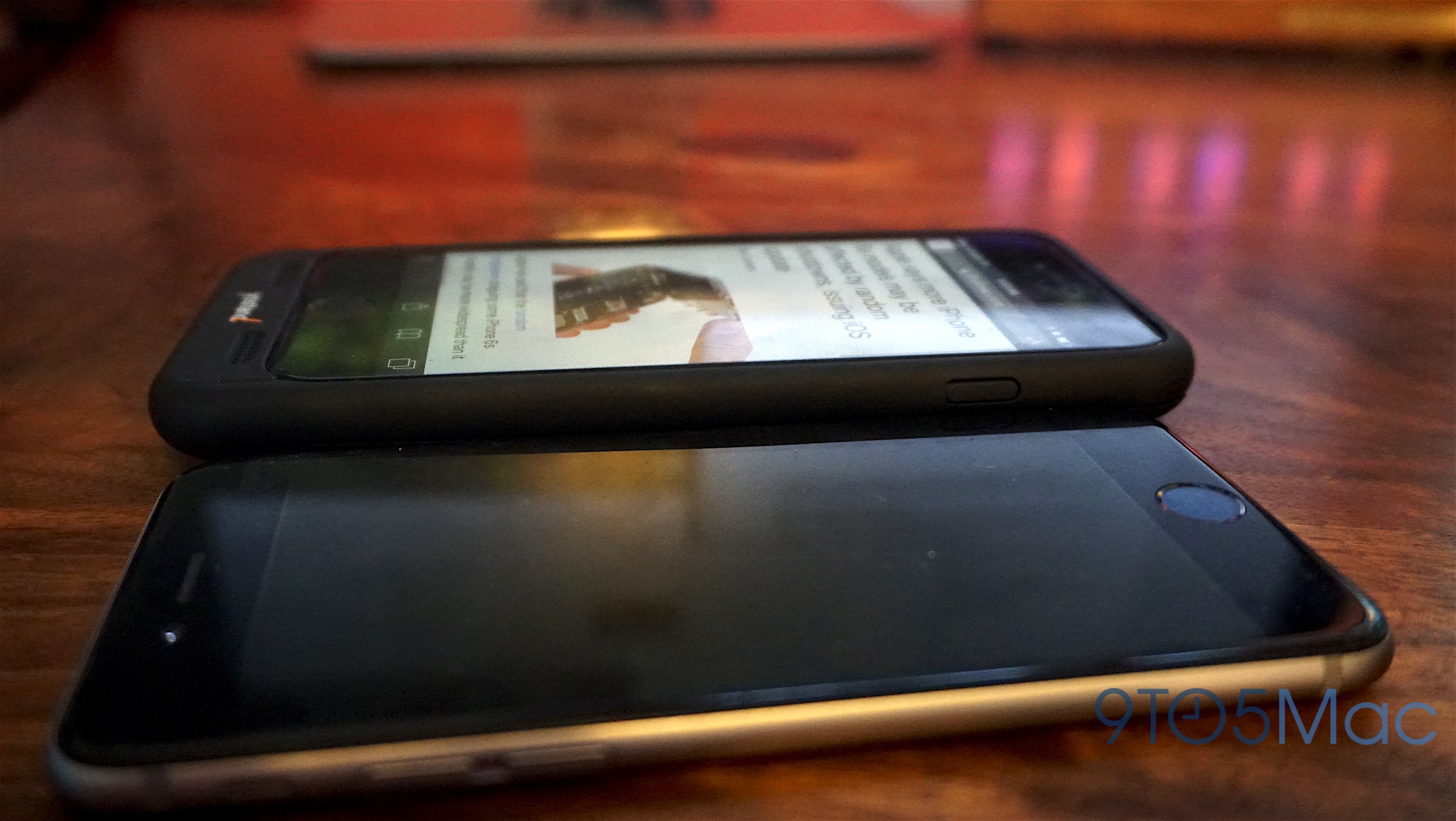 There aren’t many compromises here, although the Qi-wireless charging compatible model only offers a capacity of 2000mAh, good for around a full charge of your iPhone, versus the larger 3000mAh capacity of the one without Qi-charging. That’s simply because the company needed extra space for those components in the wireless charging version, and it didn’t want to sacrifice the sleek design of the case, which I appreciate. 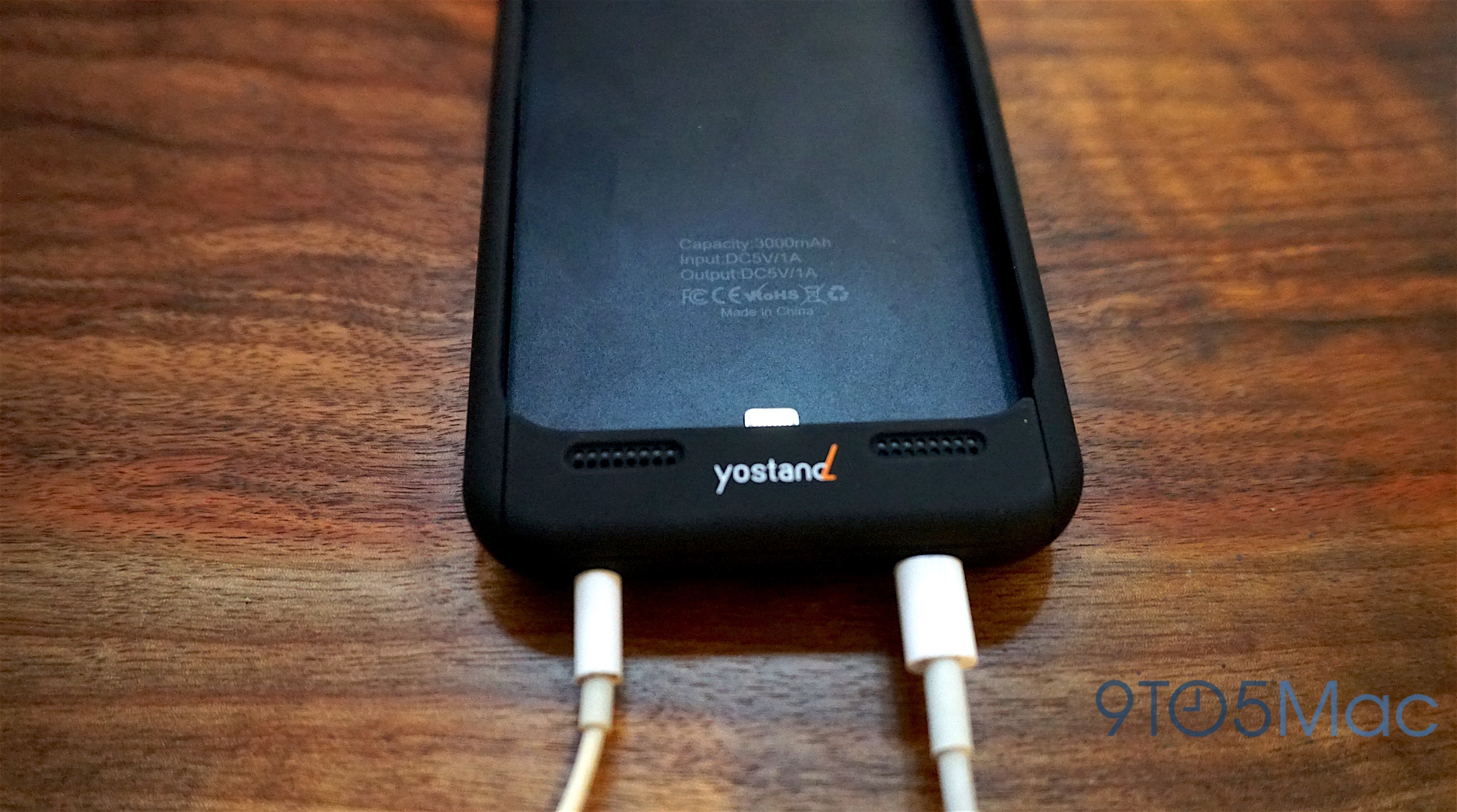 Once you’ve docked the case with the built-in Lightning connector, you can then use the headphone jack on the case without any further configuration. Since it also has a female Lightning port, it doesn’t come with a charging cable, but you can use any Lightning cable you already have (like the one that came with your iPhone) to charge the battery case itself. That’s ideal because it means you might be able to cut down on the number of cables you’ll need to carry around. The headphone jack worked without issue in my tests, and the case also includes cutouts to alternatively allow sound out of the iPhone’s speakers. 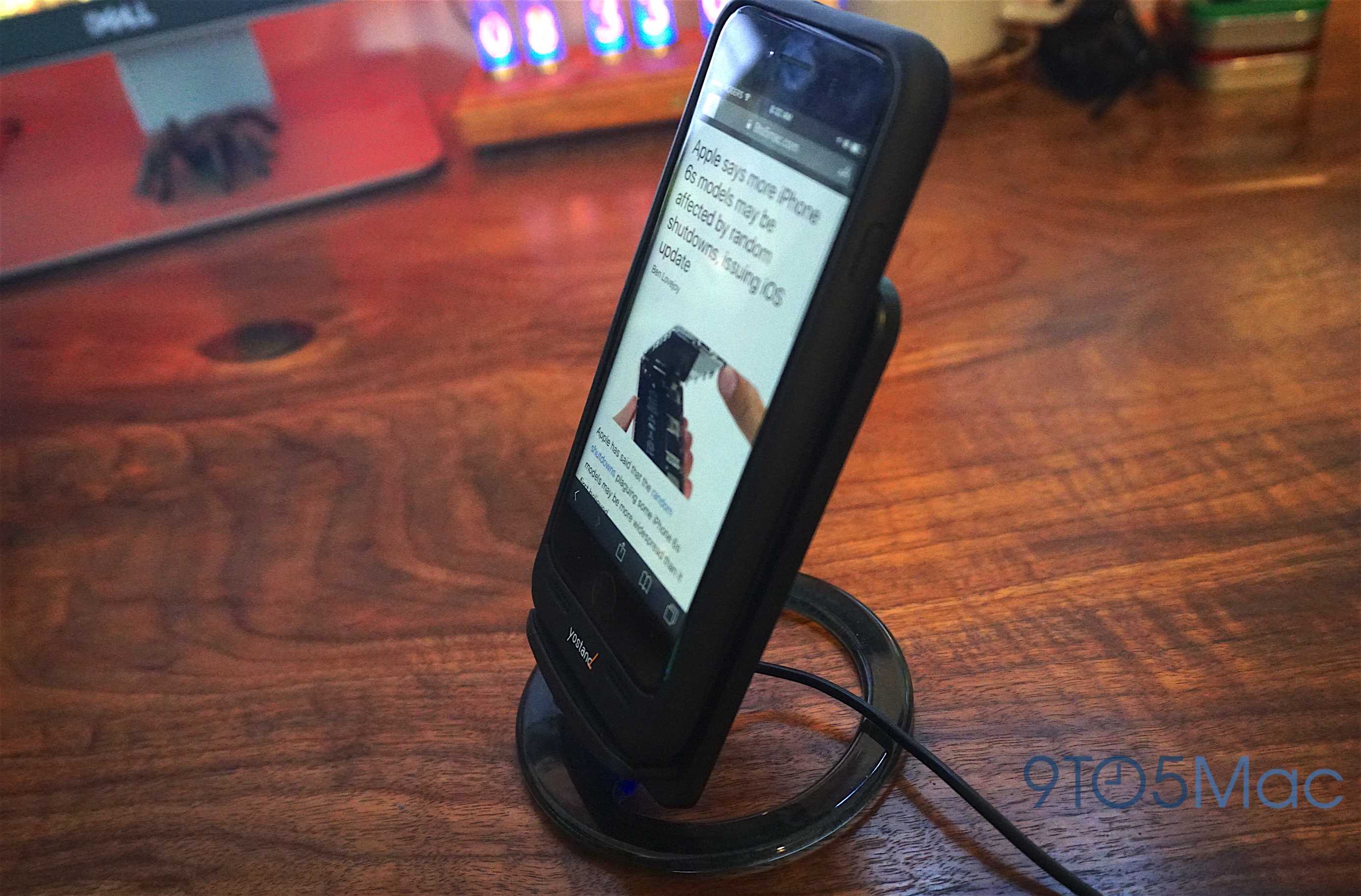 The company is selling models with and without Qi-wireless charging technology, and a third that doesn’t have a 3.5mm headphone jack for those that don’t need it. I also received the wireless charging dock with my review unit that the company will also be offering alongside the compatible iStand 7 case. But since it works with the Qi standard for wireless charging, it should work with any compatible dock product that offers that functionality. The stand comes with a micro-USB cable to plug it in, then you can just place your iPhone with the iStand 7 case on to begin charging. 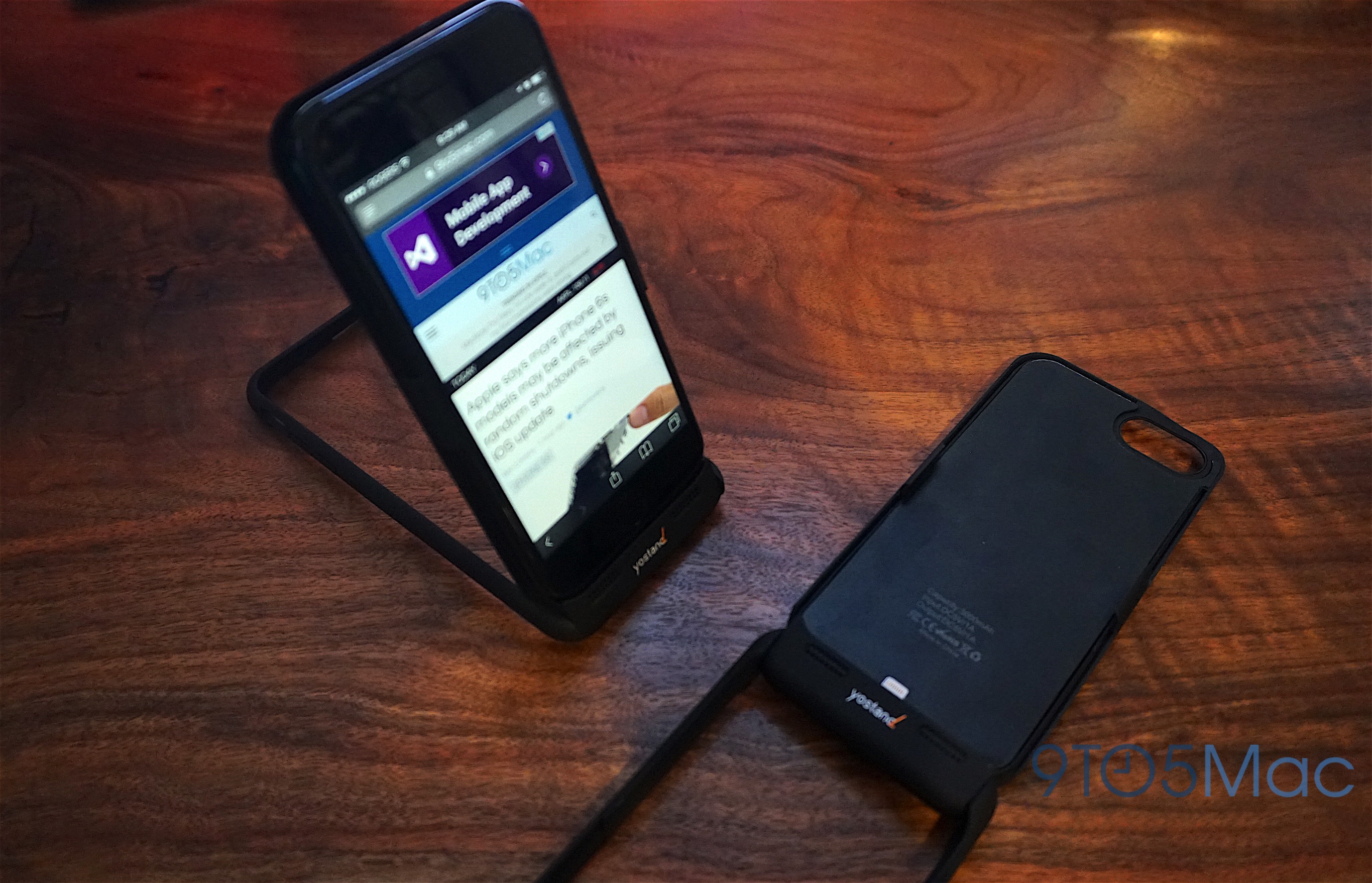 The case also includes a built-in stand that is somewhat unique. Rather than just being a kickstand, the entire bezel of the case snaps free from the main unit and folds down behind to create a stand. Here’s a look: 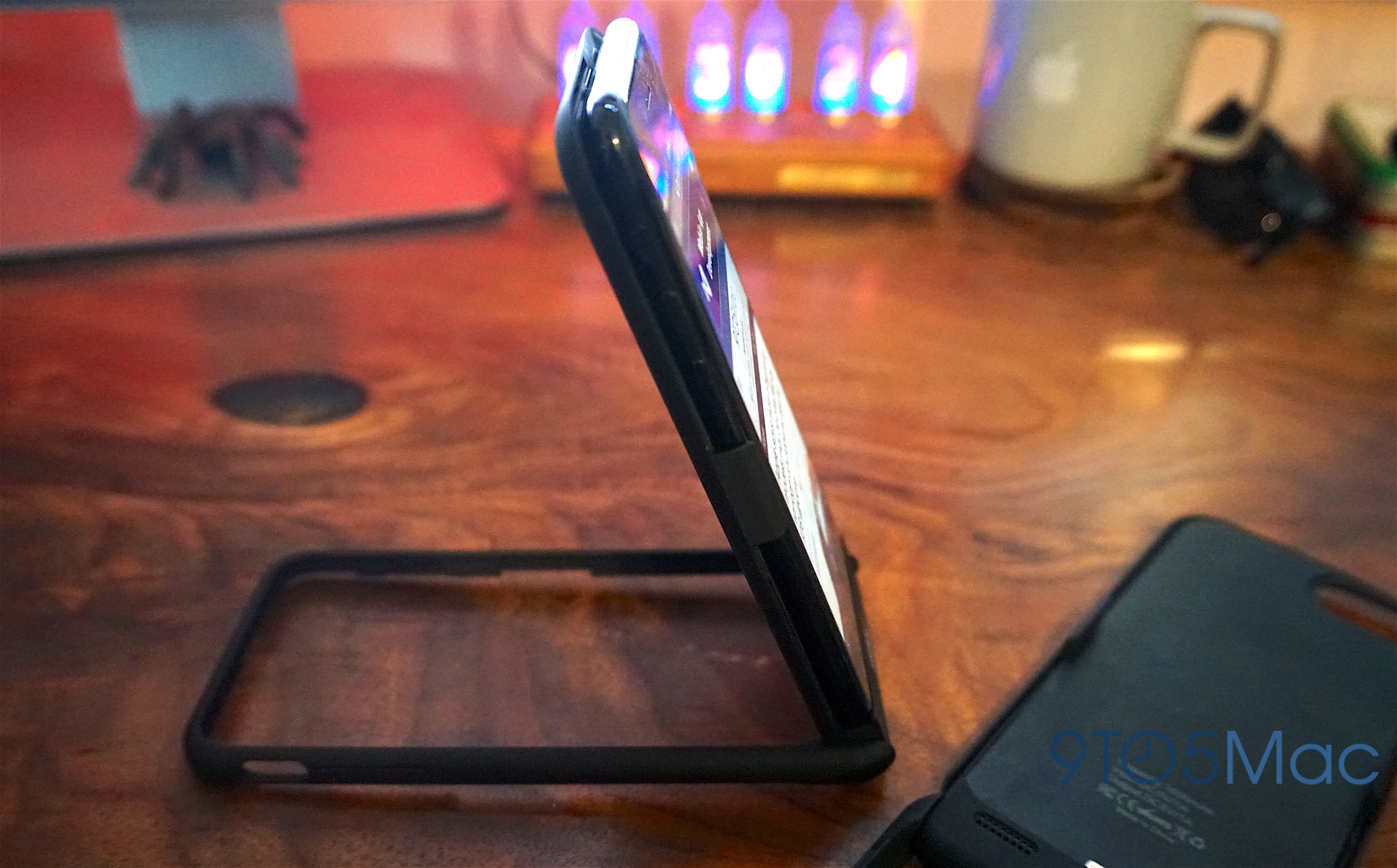 You can also position the device in landscape mode on the stand by resting it on two clips on the sides. The stand works well enough and comes in handy to prop up a device in either landscape or portrait orientation while on the move. But the female Lightning port for charging and the 3.5mm headphone jack are obstructed so it’s not really possible to use this as a charging dock or with headphones while in stand mode. It also made getting the iPhone in and out of the case extremely easy, as the device slides in easier than the average case when opened in stand mode.

This is one of the slimmest and overall well-built battery cases I’ve tested and that’s before considering it’s one of the first to pack in a 3.5mm headphone jack AND a female Lightning port.

The product is launching on Indiegogo today ahead of shipping in March/April. The version without wireless charging starts at $54, while the Pro model with Qi charging tech goes for $79. Get the model without a 3.5mm jack for $39.