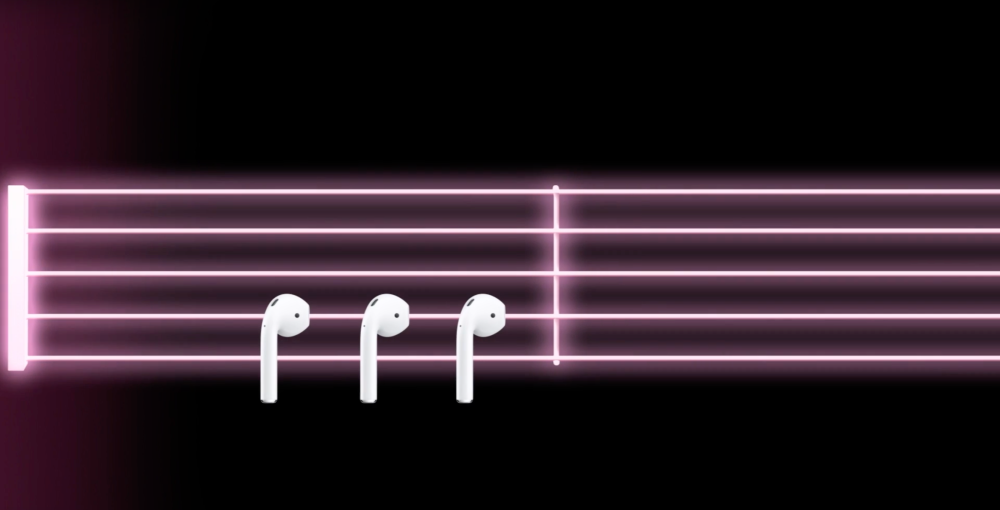 As it continues to focus on regional campaigns rather than global ones, Apple today shared four new AirPods comercials to its U.K. YouTube channel. The videos are all under 20 seconds in length and highlight different U.K. artists…

The new ads, like one debuted earlier this year, feature the AirPods placed as musical notes, moving along as the song progresses. The first ad, which was previously shared on Apple’s main YouTube channel, features music by Marian Hill, while the second one highlights The 1975. The third features artist Craig David, while the new series is rounded out by Lianne La Havas.

Feel the magic of AirPods on iPhone 7 with The 1975. Pick up a pair at http://www.apple.com/uk/airpods/

The new U.K. ads come following Apple’s newest series of “One Night” ads highlighting various cities around the world with images shot exclusively with iPhone 7.  Apple is said to be focusing more on regional campaigns rather than global campaigns. These new ads will likely be seen primarily on social media.

View the  ads below: