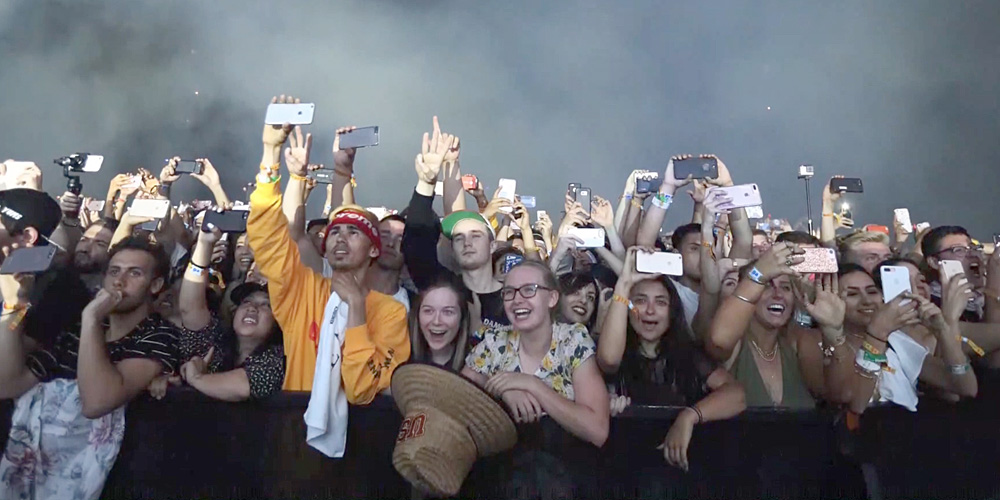 A thief who stole more than 100 smartphones from people attending the Coachella Valley Music and Arts Festival was caught thanks to Find My iPhone, say police. One report said that the number of devices found in his backpack was 130.

When festival-goers noticed their iPhones had been taken, they activated Find My iPhone to track the location of their devices. They then identified someone whose movements around the site matched the moving dot.

“A bunch people activated their ‘find my phone’ and pointed at, ‘Hey, it’s that guy, my phone, my dot, it’s moving with that guy,'” said Indio police Sgt. Dan Marshall …

SFGate reports that the man was then arrested by police.

36-year-old New Yorker Reinaldo De Jesus Henao, he was “quickly detained by security until law enforcement officers could arrive” […] Henao was then arrested on the festival grounds.

Henao has been charged with grand theft and receiving stolen property. Police were able to immediately return 20 or more phones to their owners, with the rest handed in to the festival’s Lost & Found facility.

Fortunately, the thief was too dumb to switch off the phones. As not all are, I’d still love to see Apple to find a way to implement this additional protection.

Find My iPhone wasn’t the only piece of tech used to catch the thief, Gizmodo noting that police were first alerted to the thefts via Reddit.

“I noticed some chatter on social media about phones disappearing on Reddit,” said Indio Police Sergeant Dan Marshall in an interview with Gizmodo. “One of the common threads [among Reddit posters] was that they were all losing their phones at the Sahara tent.”

Future versions of Find My iPhone could do even more to help catch thieves, as Apple last year patented a feature to automatically take photos and videos of them, as well as capturing their fingerprint on the Touch ID sensor.