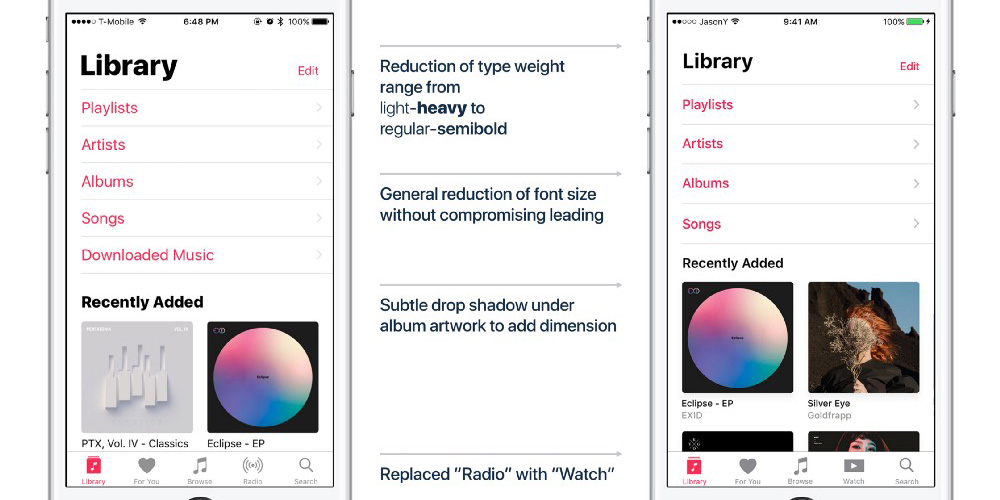 A design student whose work was praised by Apple as the company turned him down for an internship decided to take the feedback to heart. When Apple told Northwestern Uni student Jason Yuan they wanted to see more growth and training, he decided to work on this by redesigning the iOS Apple Music app.

Yuan concluded that we all sit somewhere on a spectrum of Hoarders versus Nomads. Hoarders have a large library of purchased music, and want to selectively discover new artists who might earn their place in it. Nomads listen mostly to playlists and curated content.

Yuan felt that New Music Mix didn’t really serve the needs of those closer to the Hoarder end of the spectrum, who were reluctant to add entire playlists to their carefully-chosen library. His proposed solution was to replace it with something he calls My Sampler.

My Sampler is a new experience made to bridge the gap between Hoarders and Nomads, replacing the current New Music Mix. It was born out of the understanding that users who are picky about what goes into their library would also be more reluctant to sit through an entire playlist full of new music. A better experience would be presenting snippets — or samples — of curations that gives the user just enough information to decide whether or not to add it into their library and weekly playlist.

Upon entering the Sampler, the user is presented with a series of artist headshots that correspond to a curated song. The user can tap and hold to preview 15 seconds of each song, before swiping up to reject the song or swiping down to add the song to their library.

The animated GIF below gives an idea of how this would work. I think the specifics need some work, but really love the concept.

The student also felt that Apple’s design language was less consistent than the more unified style adopted by Spotify, and proposed a ‘face inside a circle’ approach similar to that used in the Contacts app.

He also made visual and UI changes to the rest of the app, and I have to say I like what I see. Check out the full details over at his blog post and let us know in the comments what you think.