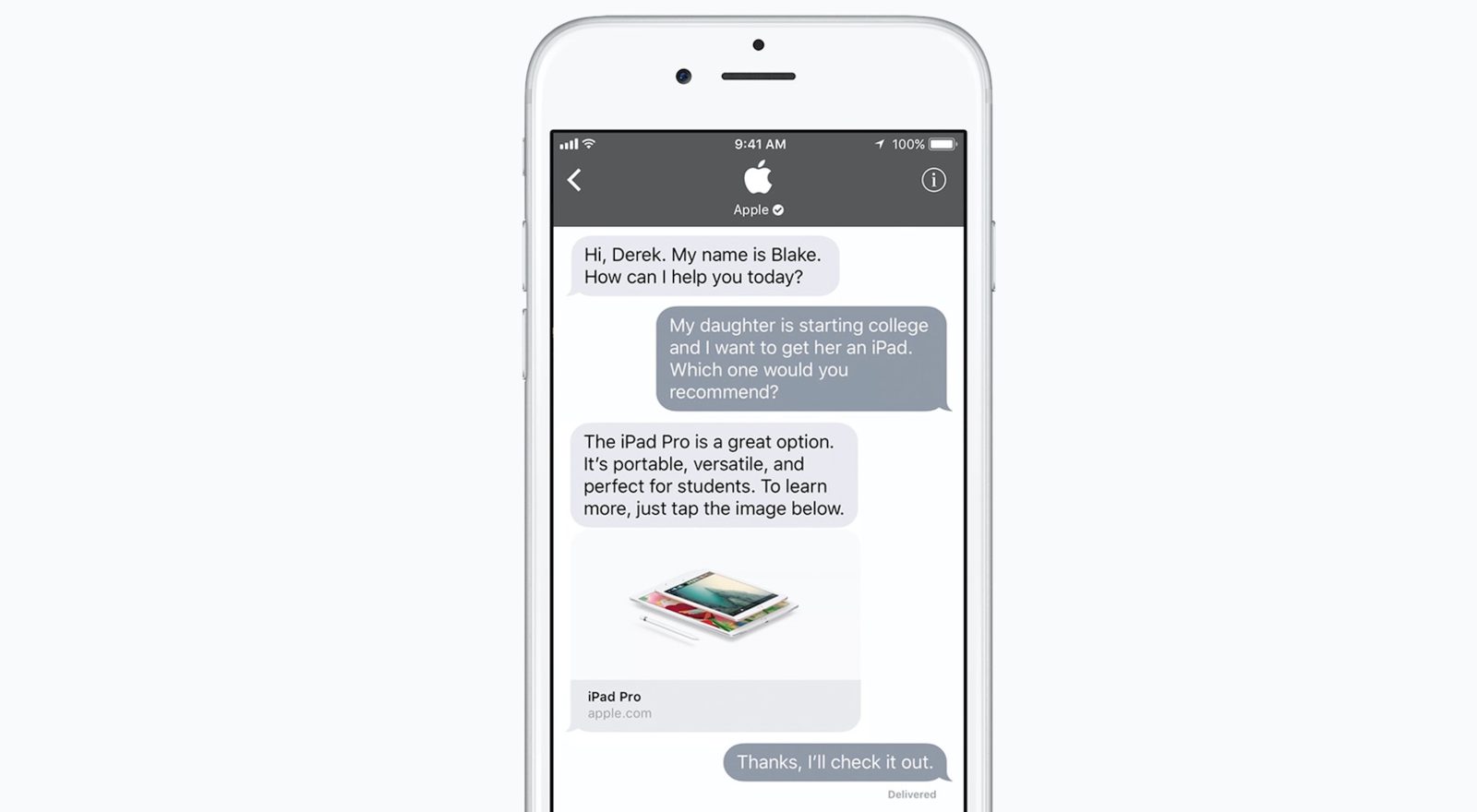 While not given stage time today during its main keynote, Apple is set to include a new Business Chat feature in iOS 11. As first noted by The Verge, Business Chat has shown up on Apple’s developer site, though without a whole lot of details. The feature will seemingly allow users to quickly message a business for customer support help, business hours, and more directly within Messages…

Business Chat appears to be Apple’s way of competing with Facebook and Twitter in making it easy for customers to communicate with brands. Both of those social networks have put a strong focus on such capabilities, but Apple hopes that its strong integration into Siri, Spotlight, Safari, and Maps will help it attract users.

Currently we have just one screenshot of Business Chat, which can be seen above. Here, we can see a father interacting with Apple customer support about buying an iPad for his daughter. Similar to Facebook and Twitter’s brand communication tools, there’s a personal attribute to Apple’s Business Chat as the customer service representative refers to himself by name.

Apple’s developer site indicates that Business Chat will support integration with services such as Apple Pay and Calendar, allowing users to easily pay for products and schedule appointments rights within the Business Chat interface.

At this point, it’s not explicitly clear as to how developers and businesses will integrate with Business Chat, but Apple touts that everything takes place from directly within the Messages app on iOS.

Here’s how Apple describes Business Chat on its developer site:

Business Chat is a powerful new way for businesses to connect with customers directly from within Messages. Using Business Chat, your customers can get answers to questions, resolve issues and complete transactions on their iPhone, iPad, and Apple Watch. Customers can find your business and start conversations from Safari, Maps, Spotlight, and Siri.

We will seemingly learn more about Business Chat later this week on June 9th when Apple holds an “Introducing Business Chat” session at 10AM PT/1PM ET. Apple will also release a developer preview of Business Chat following this session.

In the meantime, catch up with the rest of the new features in iOS 11 here.