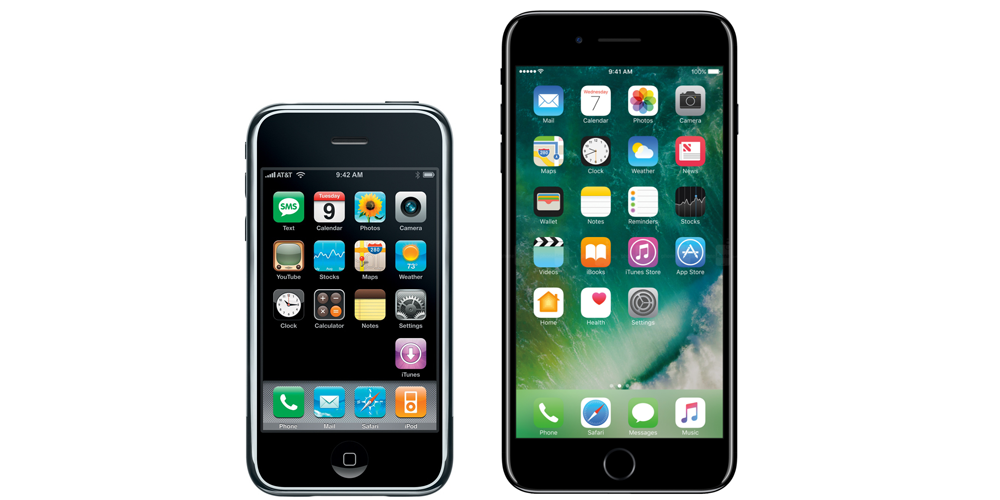 As we head toward the 10th anniversary of the iPhone later this month, the WSJ has put together a chart (below) comparing the sales trajectory of the smartphone against other iconic products. A second chart compares the 2006 pre-iPhone Apple with the 2016 one …

The WSJ chart looks at approximate total lifetime sales of a range of best-selling products, including the Sony Playstation, Barbie doll, Zippo lighter and Sony Walkman. It shows both the total sales hit to date, and the timeframe in which those numbers were achieved.

The iPhone has not only outsold every other product on the chart, but it also overtook all of the other products in a fraction of the time they took to reach their current status.

The Sony Walkman, for example, topped out at a little over 200M sales – and took almost 30 years to do so. The Zippo lighter sits at more than half a billion sales, but climbed there over a period of more than 80 years.

The iPhone, in contrast, has sold around 1.2B units in just ten years. 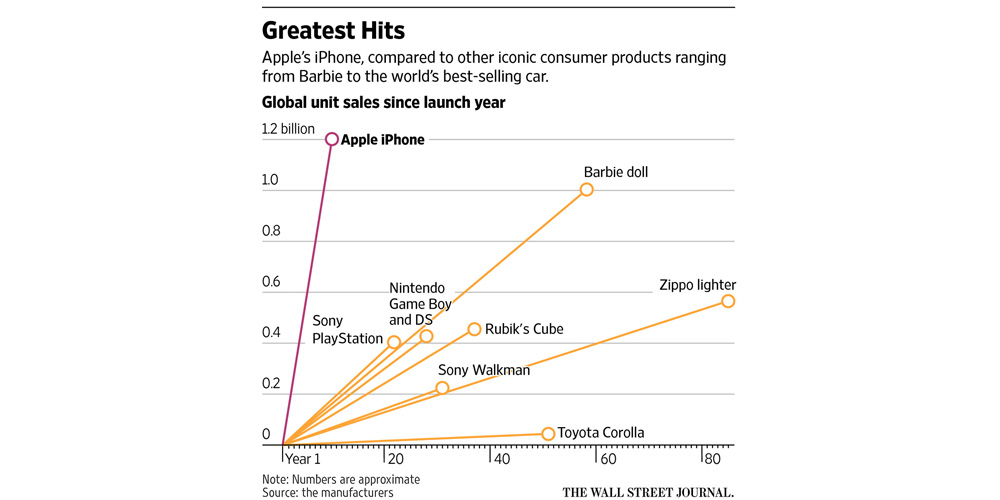 The piece also compares Apple as a pre-iPhone company in 2006 with the 2016 version, using a number of key metrics to do so. 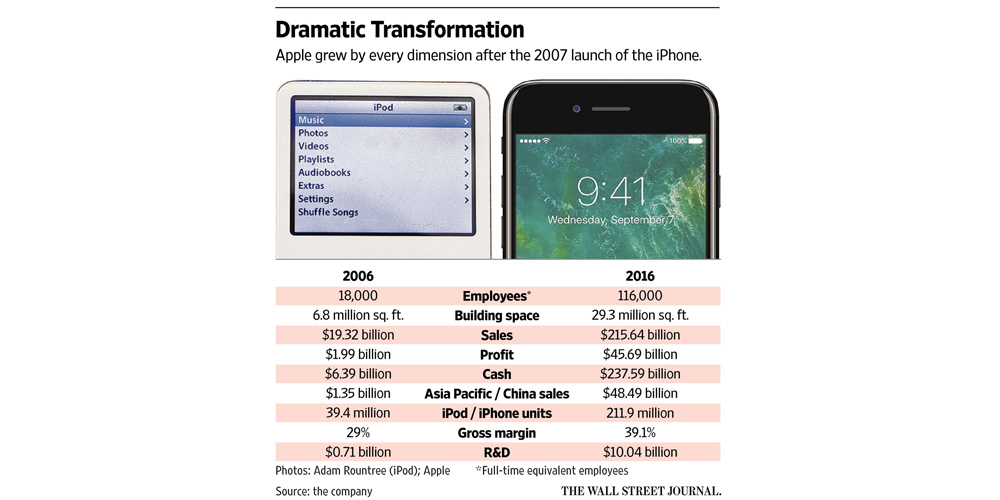 The Sony Walkman comparison struck me particularly strongly. For most of that 30-year period, it was the undisputed king in the portable music field. Had Sony capitalized on that experience and brand value to launch a first-rate mp3 player, we might today be living in a world in which the iPhone never existed …