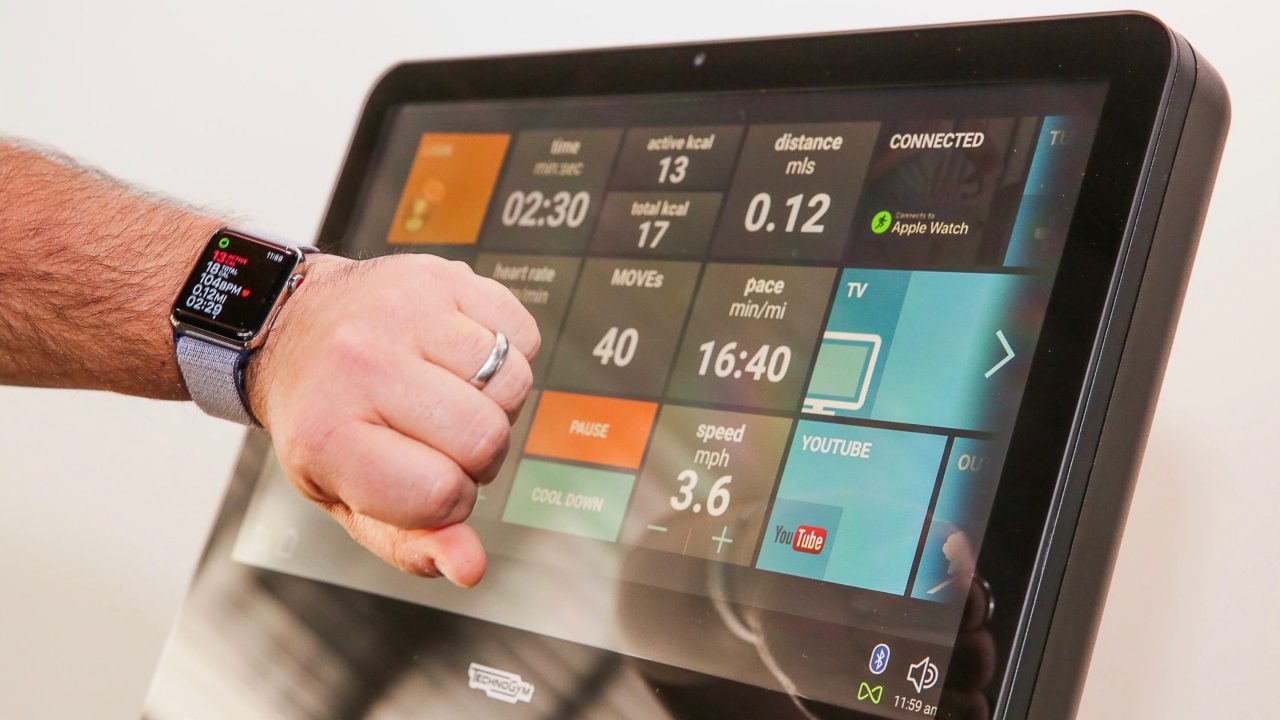 Apple’s GymKit platform is making its United States debut. After initially rolling out in Australia and London, CNET today reports that GymKit support is live at its first American gym…

According to the report, GymKit is supported at Life Time Athletic at Sky, a “luxury health club” in Manhattan. CNET also reports that GymKit is coming to the Equinox line of clubs beginning in 2018. Life Time Athletic says it plans to expand to over 130 locations soon and is currently using equipment from TechnoGym.

As we’ve reported in the past, GymKit helps bridge the gap between Apple Watch and fitness equipment such as treadmills, ellipticals, and stationary bikes. You simply pair your Apple Watch with the equipment and then have access to more accurate information such as s speed and incline. The pairing process is incredibly simple: just wave your Apple Watch near the GymKit machine and it connects. Much like Apple Pay.

Today’s report offers more color on the pairing process, noting that the Apple Watch and gym machinery will mirror data such as distance, time, and speed once connected:

GymKit works with a simple tap-to-pair process: Tapping a ready piece of equipment starts the process, and the Apple Watch brings up a confirmation screen.

With treadmills, it asks if you want to record a walk or a run. From there, everything on the Apple Watch and the fitness machine’s readout are synced: heart rate, pace, active and total calorie estimates, and machine-specific data such as elevation and flights of stairs climbed.

If you happen to forget to pair at the start of a workout, you can initiate the pairing process at any point during or after and the GymKit equipment will sync with your Apple Watch to ensure that you get the most accurate data possible for your workout.

We previously reported that GymKit support had gone live in Australia and London, but this is the first time we’ve seen it in the United States. Apple eventually hopes that “80 percent of the fitness club equipment market” will be GymKit-ready.